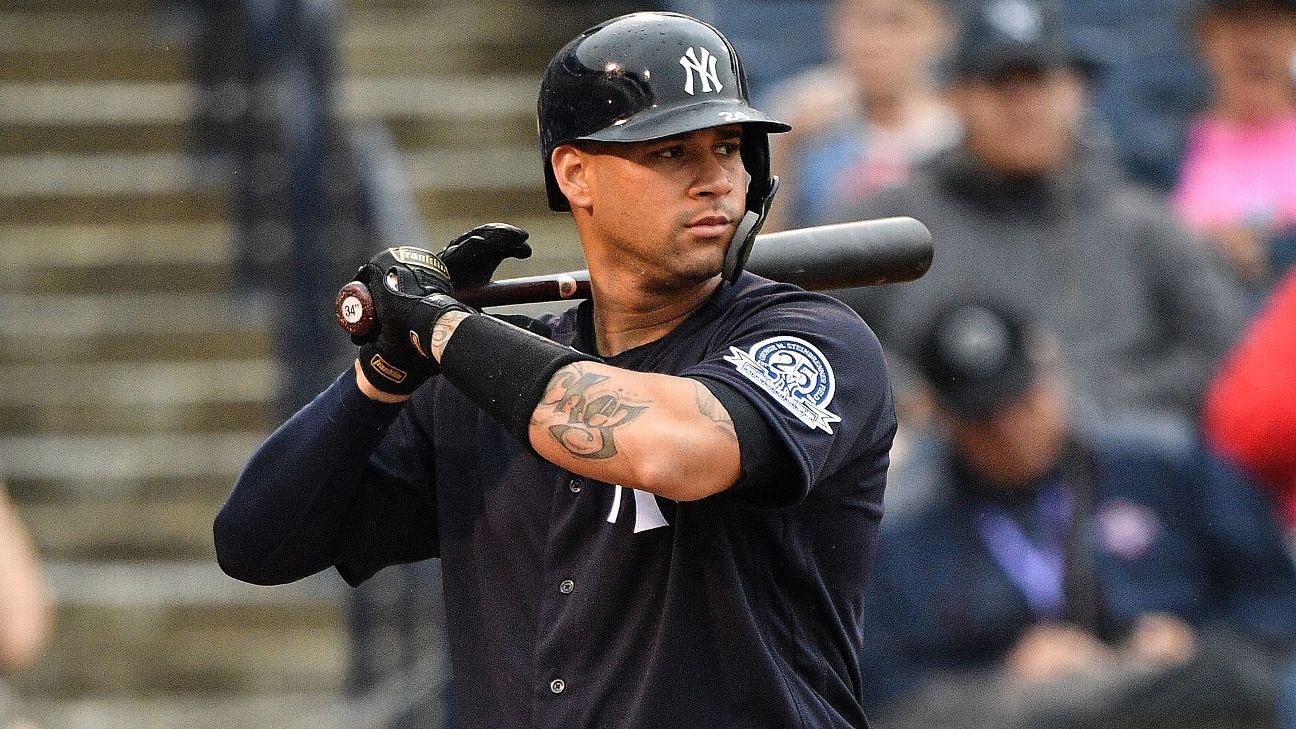 What was your assessment of Jorge Soler heading into the 2019 Major League Baseball season? A top prospect when the Cubs signed him out of Cuba, he had never been able to earn regular time in Chicago, was traded to the Royals, was demoted to the minors in 2017 and battled injuries. Then, in his age-27 season, he played all 162 games and led the American League with 48 home runs.


Gio Urshela had played parts of three seasons in the majors heading into 2019, but he was considered a long shot to make the Yankees' roster in spring training. He got a chance to play when Miguel Andujar went down for the season with an injury. Urshela hit .314 with 21 home runs. He was 27 years old.

When Bill James published his first national "Baseball Abstract" in 1982, one of his major studies showed that, in general, position players peaked at age 27. This ran contrary to the then-popular belief that players peaked from 28 to 32. It was just something baseball people said, when even a cursory glance at the evidence would have indicated otherwise. Not everyone believed this -- Branch Rickey famously said, "Trade a player a year too early rather than a year too late," and he often traded star players before they turned 30 -- but this was a widespread, accepted doctrine.

James' initial study still seems to hold up. There are a various ways to look at the issue, but the sabermetrician Tom Tango published an in-depth analysis of aging that concluded, "At the end of this article, you will see a table showing the aging patterns for the sample of players described. A player's peak age is around age 27, with the age group 23-32 being a hitter's 10 best years."

The steroid era changed the aging curve somewhat, as hitters were able to sustain their peaks well into their 30s -- or even improve -- but we are now back to a more normal aging curve. In fact, that peak may be getting younger, as today's players arrive to the majors better trained and ready to thrive.

Here's a very simplistic study. I took the top 20 position players in WAR in 2019 for each age and added up their cumulative WAR:

The best age-26 players outperformed the best age-27 players, but that could be the result of an exceptional group of players in that age bracket. In 2018, the best-performing group was the same group, in their age-25 season; this group includes Mookie Betts, Matt Chapman, Javier Baez, Trevor Story, Jose Ramirez, Xander Bogaerts, Manny Machado and Bryce Harper, among others.

Here's what I'm getting at: With a shortened season, or no season at all, there will be no Jorge Soler or Gio Urshela of 2020. Some players will miss what might have been their breakout season. Others will miss what might otherwise have ultimately been their peak season -- that age when the blend of physical ability meshes with the value of experience to produce a player's best performance.

Yankees catcher Gary Sanchez is one of those age-27 players who was primed for his best season. After hitting .186 in 2018, he bounced back with a .232/.316/.525 line in 2019 that included 34 home runs -- in just 106 games. It wasn't unreasonable that he could have challenged the single-season record for home runs in a season by a catcher (Johnny Bench hit 45 in 1970, although Javy Lopez holds the record with 42 while actually playing catcher).

Like most players, Sanchez is more concerned about what COVID-19 has wreaked on the sport than how it has shortchanged him. "Having a shortened season is definitely disappointing, but not for that reason," he told ESPN. "It's disappointing because of the effect it's going to have on all teams, players, front-office staff, stadium workers and everyone else who expected to make a living off of Major League Baseball in 2020. I don't lose sight of that fact and it helps me put things in perspective and not just think about things selfishly."

Sanchez also suggested that 2020 wasn't necessarily going to be the best season of his career -- just one of many more good ones. "The 'peak level' part is an interesting one because I don't feel I am there," he said. "My main issue since I was called up is staying healthy, and I feel I have been doing better with that every year. And heading into this season I felt I was primed for a first full healthy season. My year-27 season is not going to be my 'peak' year. It's going to be the year I start becoming a healthy, full-season contributor."

Of course, most players think they will reach a level of play and sustain. As studies by James and Tango prove, however, that peak level of ability is often short-lived. You can see from the 2019 performance levels that by age 30, skills are in serious decline.

Regardless, Sanchez won't get the chance in 2020 to have his peak season, at least not over 162 games. Here are some other age-27 players who may be missing out on the best year of their baseball lives:

Trevor Story, Colorado Rockies: He has finished eighth and 12th in the MVP voting the past two seasons while averaging 5.9 WAR, so he's already one of the best all-around players in the league. With a little improvement across the board he would be a strong MVP candidate and perhaps join Alex Rodriguez, Ernie Banks and Rico Petrocelli as the only shortstops to hit 40 home runs.

Max Kepler, Minnesota Twins: He made huge strides last season, hitting .257 with 36 home runs after hitting .224 with 20 home runs the season before.

Miguel Sano, Twins: His game is somewhat one-dimensional and the strikeouts remain sky-high, but he hit 34 home runs in 105 games last season -- that's a 51-homer pace over 160 games.


Javier Baez, Chicago Cubs: He was second in the MVP voting in 2018, but wasn't quite as good in 2019. His fielding is probably at its apex right now (fielding ability tends to peak early in a player's career) and we can only imagine the numbers he'd put up with a little more plate discipline.

Trea Turner, Washington Nationals: He has averaged 3.5 WAR in his four seasons, but seemed poised to have his first All-Star season after hitting .304 with 12 home runs in the second half of 2019 (after missing time in the first half with an injury). He's still one of the fastest players in the game, but speed is the first tool to start declining.

Rhys Hoskins, Philadelphia Phillies: He led the NL in walks in 2019 and hit 29 home runs, but a .226 average dragged down his overall offensive value.

Jorge Alfaro, Miami Marlins: He has been a frustrating talent as his aggressive approach undermines his ability to tap into his power, but after posting a 95 OPS+ each of the past two seasons, maybe he would have put it all together at 27.

Tim Anderson, Chicago White Sox: It's hard to beat a batting title, but there are still areas Anderson can improve on that would produce a better season: walk rate, more power, more consistency in the field.

Matt Chapman, Oakland Athletics: While it's hard to envision guys like Betts and Harper doing better than their MVP seasons, Chapman may still have more growth in him even after producing 8.3 WAR in both 2018 and 2019. He improved from 24 to 36 home runs in 2019 and his walk rate improved from 9.4% to 10.9%. Given his all-world defense, a 10-WAR season isn't inconceivable if he hits .275 with 40 home runs and close to 100 walks. That's a Mike Schmidt season. Maybe in 2021.

Those are just a few names. Other breakout candidates include players such asBrandon Nimmo, Jurickson Profar and Brian Anderson. In fact, the Mets, with Nimmo, Michael Conforto and J.D. Davis in their age-27 seasons, had three players in prime position for great seasons.

There is another potential ripple effect here -- if you miss what might have been your best season, it affects your perceived value or the salary you will earn. Betts, entering free agency after 2020, is the obvious player impacted by the economic fallout of COVID-19, as it seems unlikely he'll get the same offers he otherwise would have. Still, players in their arbitration years also will be affected, although we'll have to see how all that plays out.

"Not concerned about this at all," Sanchez said. "I am in the arbitration system and am confident MLB and the union will work together to modify the system to account for a partial season."

Of course, he told us that a few weeks ago, before the negotiations for resuming play in 2020 turned contentious and ugly. Posting a .950 OPS in 60 games isn't the same as doing it in 145 games. A slow start in a 60-game schedule is a lot more damaging than a slow start in a 162-game season.

Those are issues for another day. But when (and if) we do start up, I'll be thinking of all the career seasons that might have been. 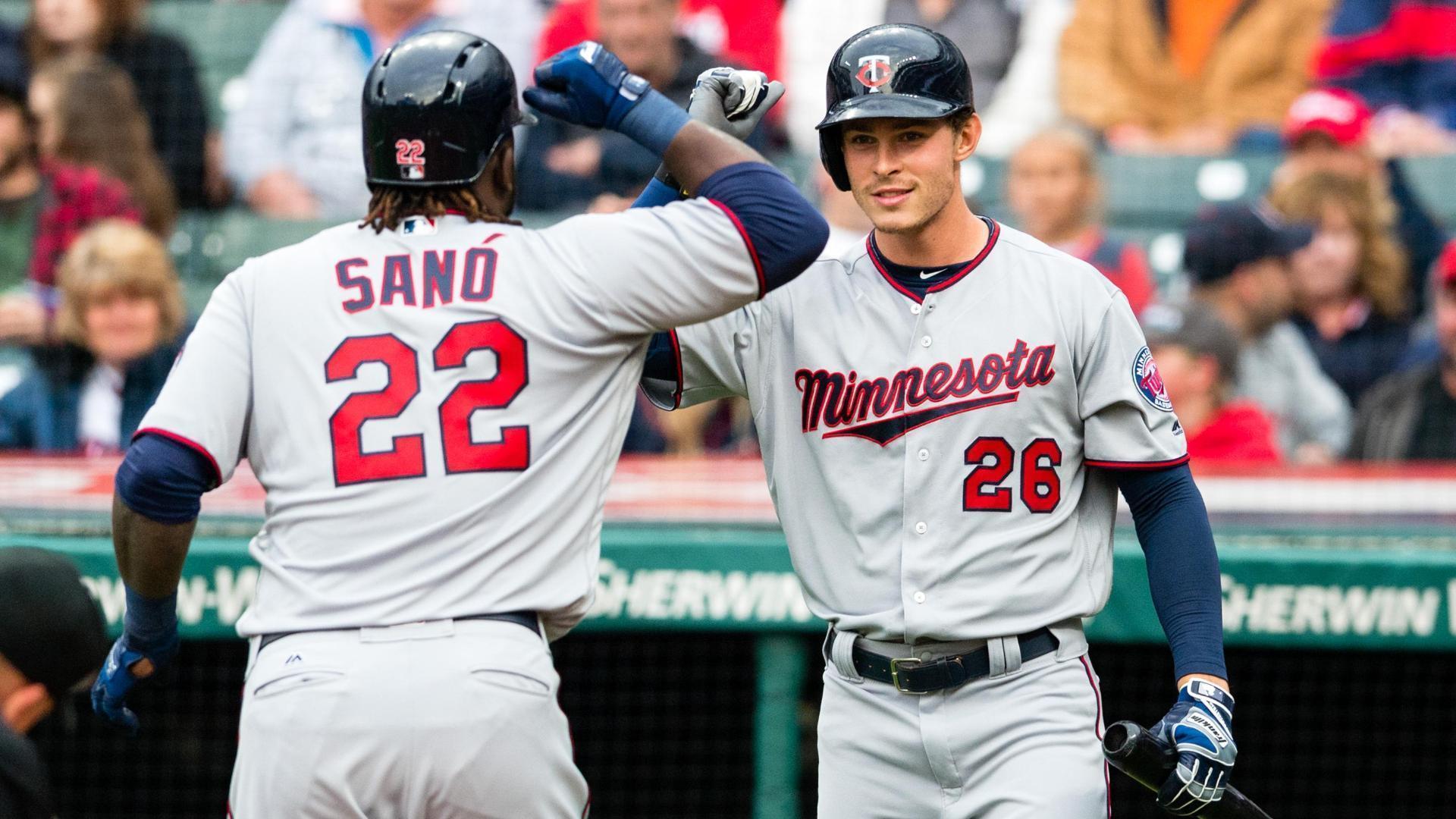