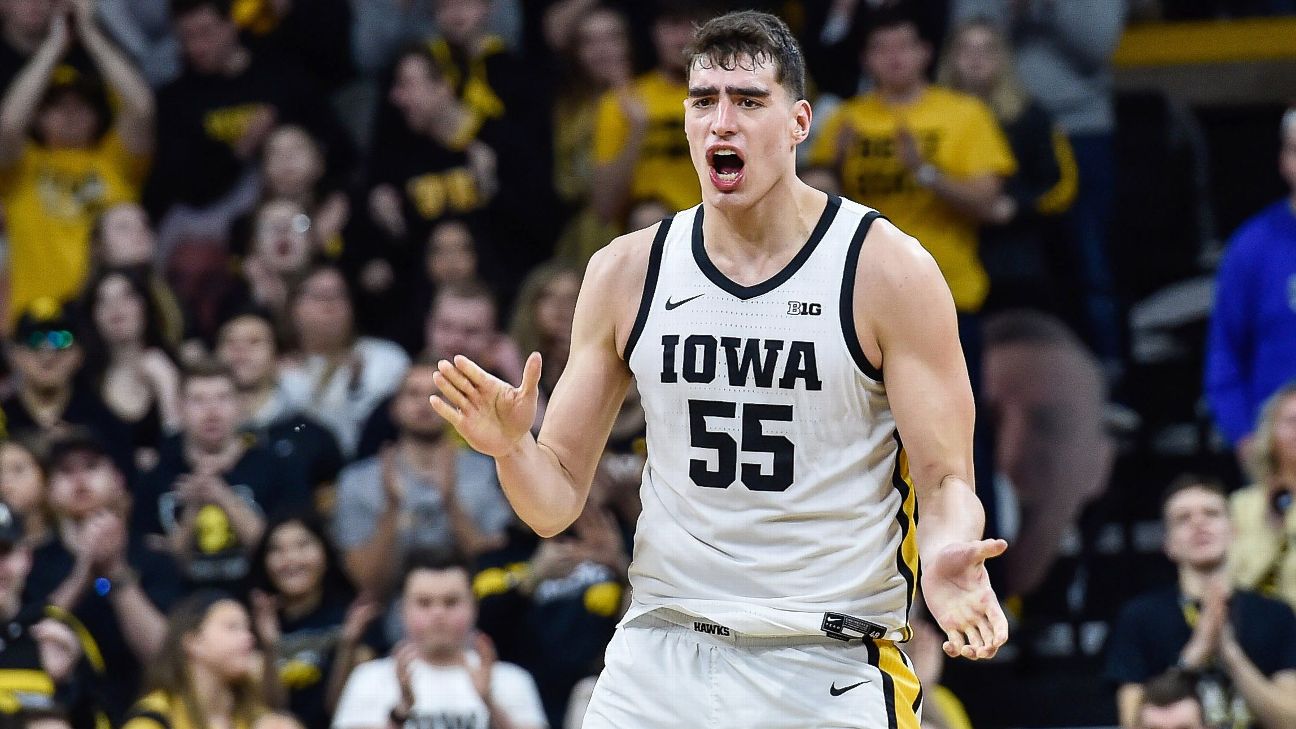 Most years, this is a turbulent time for college basketball programs wondering what their rosters will look like next season as prospects make decisions about their professional futures. But the coronavirus pandemic has created even more uncertainty, with coaches having limited in-person contact with potential returnees and prospects unable to employ the typical avenues, such as pro workouts and face-to-face interviews, to test the waters.

That's why it's so difficult to handicap next season's conference races until we know who's staying and who's going. Here are the biggest remaining decisions that could impact the top leagues in the country.

Precious Achiuwa (Memphis): Yes, it's likely only a matter of time before Achiuwa, a projected top-10 pick, declares for the NBA draft. But the idea of Memphis bringing back the nucleus of its 2019-20 squad along with the AAC's reigning Player of the Year lives on, albeit for a few days or maybe even hours.

Keith Williams (Cincinnati): Williams, Cincinnati's No. 2 scorer at 12.6 PPG, could return to campus as the top player on a rebuilt Cincinnati squad that might lose its top five scorers if Williams and Chris Vogt (11.0 PPG, 5.9 RPG) remain in the draft. For both players, however, this feels like an exploratory process, which should lead to their return.

Aamir Simms (Clemson): The forward averaged 13.0 PPG and 7.2 RPG for a 16-15 Clemson squad. He's not mentioned as a top-100 prospect on any reputable list, but in the ACC, the top prospects aren't on the fence, so this is one of the few unknowns in the league.

Devon Daniels (NC State): Kevin Keatts made it clear that both Daniels (12.7 PPG) and DJ Funderburk (12.8 PPG) entered the draft to get feedback from officials at the next level. And that's a smart move for the two veterans as they seek information about their potential to play in the pros.

Ty-Shon Alexander (Creighton): As Creighton fans continued to rue their team's missed chance to make a deep run in the since-canceled NCAA tournament, Alexander declared for the NBA draft, possibly missing out on being named a preseason All-American. The good news is that Alexander left the door open to return, although in his announcement he said he's "excited to see what the future holds," which is a strong sign he's leaving.

Saddiq Bey (Villanova): The projected first-round pick could come back to build on this season's campaign after connecting on 45% of his 3-pointers, 77% of his free throws and 50% of his shots inside the arc. Although the versatile 6-foot-8 athlete is a perfect fit for the modern NBA, he could return to a team that might start the season as the preseason favorite to win the national title.

Luka Garza (Iowa): If he comes back, Garza will enter the 2020-21 season as the consensus national Preseason Player of the Year after finishing second to Obi Toppin in the Wooden Award race with averages of 23.9 PPG, 9.8 RPG and 1.8 BPG this season. Iowa hasn't won the Big Ten since 1979 or reached the Final Four since 1980, but Garza could lead Iowa to its first league title and national semifinals appearance in more than 40 years if he returns.

Xavier Tillman (Michigan State): Tillman (13.7 PPG, 10.3 RPG, 2.1 BPG) played Robin to Cassius Winston's Batman this season and turned himself into an NBA prospect who is currently projected as a second-round pick by ESPN. It might make sense for Tillman to come back and lead a potential top-10 Michigan State squad to elevate his stock, but he's a unique case because he's married with two young children, a likely consideration in his decision.

Jared Butler (Baylor): Scott Drew's program spent a significant chunk of the season as the No. 1 team in America after winning 23 consecutive games, a streak that started Nov. 8, 2019, and ended on Feb. 22, 2020. Butler (16.0 PPG, 38% from the 3-point line) was a leader for that group, and if he comes back, he'll increase Baylor's odds of winning both the Big 12 and national titles.

Oscar Tshiebwe (West Virginia): The 6-foot-9, 258-pound big man backed a West Virginia squad that led the nation in offensive rebounding rate and finished third in adjusted defensive efficiency on KenPom.com. Tshiebwe factors into West Virginia's plan to compete for the Big 12 title, which is why Bob Huggins' recent comments suggesting the big man will return are good news for Morgantown.

Remy Martin (Arizona State): You can't blame Martin for testing the waters after averaging 19.1 PPG under Bobby Hurley. But playing alongside five-star guard Josh Christopher in 2020-21 would give Martin a chance to excel under a bigger spotlight and fuel a deep run in March, both of which could boost his NBA profile.

Tyrell Terry (Stanford): The freshman guard debuted by averaging 14.6 PPG (41% from the 3-point line), 4.5 RPG and 3.2 APG, a remarkable start for the young talent. But withZiaire Williams, a five-star prospect, recently committing to the program, Terry could enhance a roster with enough talent to win the Pac-12 and make noise in March.

Mason Jones (Arkansas): Eric Musselman performed an HGTV-like renovation at Nevada and he's doing it again at Arkansas, a program that will add a top-10 recruiting class and key transfers. Jones (22.0 PPG) was an underrated star (nine games with 30 points or more), but he could come back to anchor a program with legit SEC title aspirations in Musselman's second season.

John Petty Jr. (Alabama): Under Nate Oats, Petty blossomed into one of the SEC's most complete scorers (44% from the 3-point line, 61.6% true shooting percentage) in 2019-20. With teammate Kira Lewis Jr. announcing his decision to stay in the NBA draft, Petty could return and put together a first-team all-SEC campaign with the Crimson Tide.

Corey Kispert (Gonzaga): The junior standout for Mark Few has both the size (6-foot-7, 220 pounds) and the talent (44% from the 3-point line during the 2019-20 season) to play at the next level, which is why he's currently a projected second-round pick by ESPN. But if he returns, he could secure All-American consideration as an anchor for the possible preseason No. 1 team.