No discipline for Chara in check on Kane 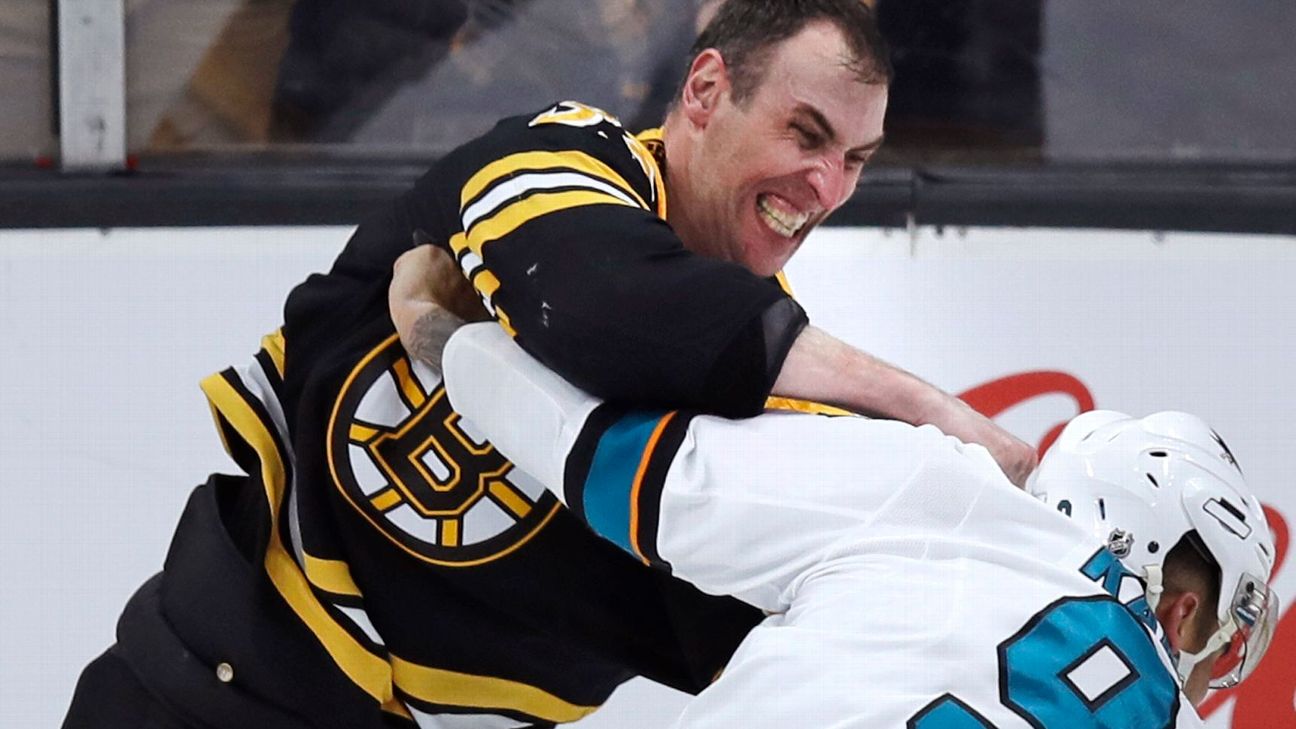 When Boston Bruins defenseman Zdeno Chara laid out San Jose Sharks forward Evander Kane with a high hit on Tuesday night, Kane immediately looked over to an on-ice official for some signal that Chara would be whistled for a check to his head.

There wasn't one, so Kane jumped Chara and started punching. Which is not exactly recommended when facing one of the NHL's most mountainous players, and Chara quickly turned the fight around in his favor.

After the 4-1 loss to the Bruins, Kane claimed Chara clearly hit him in the head.

"It was a hit right to my face, head, whatever you want to call it, clearly," Kane said. "I get up, look at the ref who's watching from the corner. He's standing there with both arms down and I'm absolutely stunned. I guess if I'm going to be officiated a different way, what else am I supposed to do but defend myself? I'm not going to stand there and take a direct hit to the head."

Kane didn't get the call he was looking for on the ice. On Wednesday, he found out he wasn't getting one off the ice, either.

Chara will not receive any supplemental discipline from the NHL for the hit, for a few reasons. First, there isn't an angle of the hit on video that definitively shows Chara hit Kane in the head. But more to the point, there's a part of Rule 48 that takes into account "unavoidable head contact" because a player assumes a prone position. Chara attempted to deliver a full body check and contact with the head was "unavoidable" due to Kane's positioning -- as well as the 7-inch height difference between the players.

Kane was given an instigator penalty and eventually a game misconduct for yelling at the referees from the penalty box in the third period, while Chara remained in the game. On Wednesday morning, after word arrived that Chara wouldn't receive a hearing, Kane tweeted his displeasure.