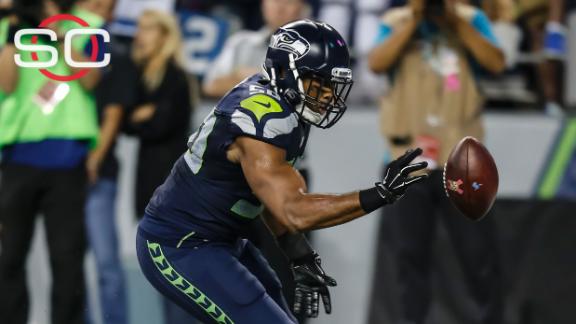 With the Detroit Lions closing in on a touchdown, which could have capped an improbable comeback against theSeahawkslate in the fourth quarter, the officials incorrectly gave Seattle possession after a Calvin Johnson fumble was batted out of the end zone by Seahawks linebacker K.J. Wright.

The Lions trailed 13-10 with 1:51 left when Johnson lunged for the end zone from the 1 yard line, but Seahawks safety Kam Chancellor punched the ball out of his hands just short of the goal line. Wright then knocked the ball out of the back of the end zone, which is illegal, according to NFL vice president of officiating Dean Blandino.

"We'll review all the angles," Blandino said on Monday Night Football. "On TV it looked like the Seahawks player intentionally hit the ball. That is a foul. The result of the penalty would give Detroit possession enforced at the spot of the fumble. With half the distance to the goal line, Detroit would have had a first down."

"I have spoken to the referee [Tony Corrente]. He did not see that part of the play because that is not his area. The back judge [Greg Wilson] felt it was not an intentional act, that it was inadvertent," he added.

Wright, however, admitted that it was an intentional act.

"I wanted to just knock it out of bounds and not try to catch it and fumble it," he said. " I was just trying to make a good play for my team.

"You can't hit it backwards, and you can't intentionally, I guess, knock it out. But at the time, I wasn't thinking that. I was just trying to not mess up the game. So I know now."

The officials ruled a touchback with no flags thrown. The Seahawks took over on their own 20.Russell Wilson subsequently found Jermaine Kearsefor 50 yards on third down and Seattle held on for a 13-10 winto improve to 2-2 on the season. Detroit, meanwhile, fell to 0-4.

Blandino said Wright should have been called for an illegal bat for hitting the ball out of the end zone. The penalty would have given the ball back to Detroit at the Seattle 1.

He said the batted ball part of the play is not reviewable, even though the play resulted in a turnover.

"The back judge was on the play and in his judgment he didn't feel it was an overt act, so he didn't throw the flag,'' Blandino said. "In looking at the replays it looked like a bat so the enforcement would be basically we would go back to the spot of the fumble and Detroit would keep the football.''

The latest NFL rulebook is pretty simple on what constitutes a penalty for illegally batting the ball out of the end zone:

Lions coach Jim Caldwell was asked about the call.

"I'm not going to even go there. Talk to Blandino and the rest of the guys, they'll explain," he said.

"What can you do? You're not going to cry about it that's for sure."

It's the second time this calendar year the Lions have been on the wrong side of a key officiating decision. In their playoff loss to Dallas in January, the Lions had an important pass interference flag against Dallas late in the fourth quarter picked up.

"It's unfortunate, but you can't put the game in the referee's hands,'' Detroit's Johnson said.

Seahawks head coach Pete Carroll was asked if his team caught a break.

"Now that you look at it, we're fortunate on that one," he said. "The game wasn't over. It didn't mean the game was over. We just might have had to keep playing."

The non-call provided another memorable Monday night moment in Seattle.

It was three years ago when replacement officials credited Golden Tate with a disputed touchdown reception on the final play in nearly the same spot as Seattle beat Green Bay.

Now it was Tate, playing for Detroit, on the opposite side of a strange play in the Emerald City. Detroit is off to its worst start since it also started 0-4 in 2010.

"We can't change it now,'' Seattle linebacker Bobby Wagner said. "It is what it is. We won and we're going to move on.'' 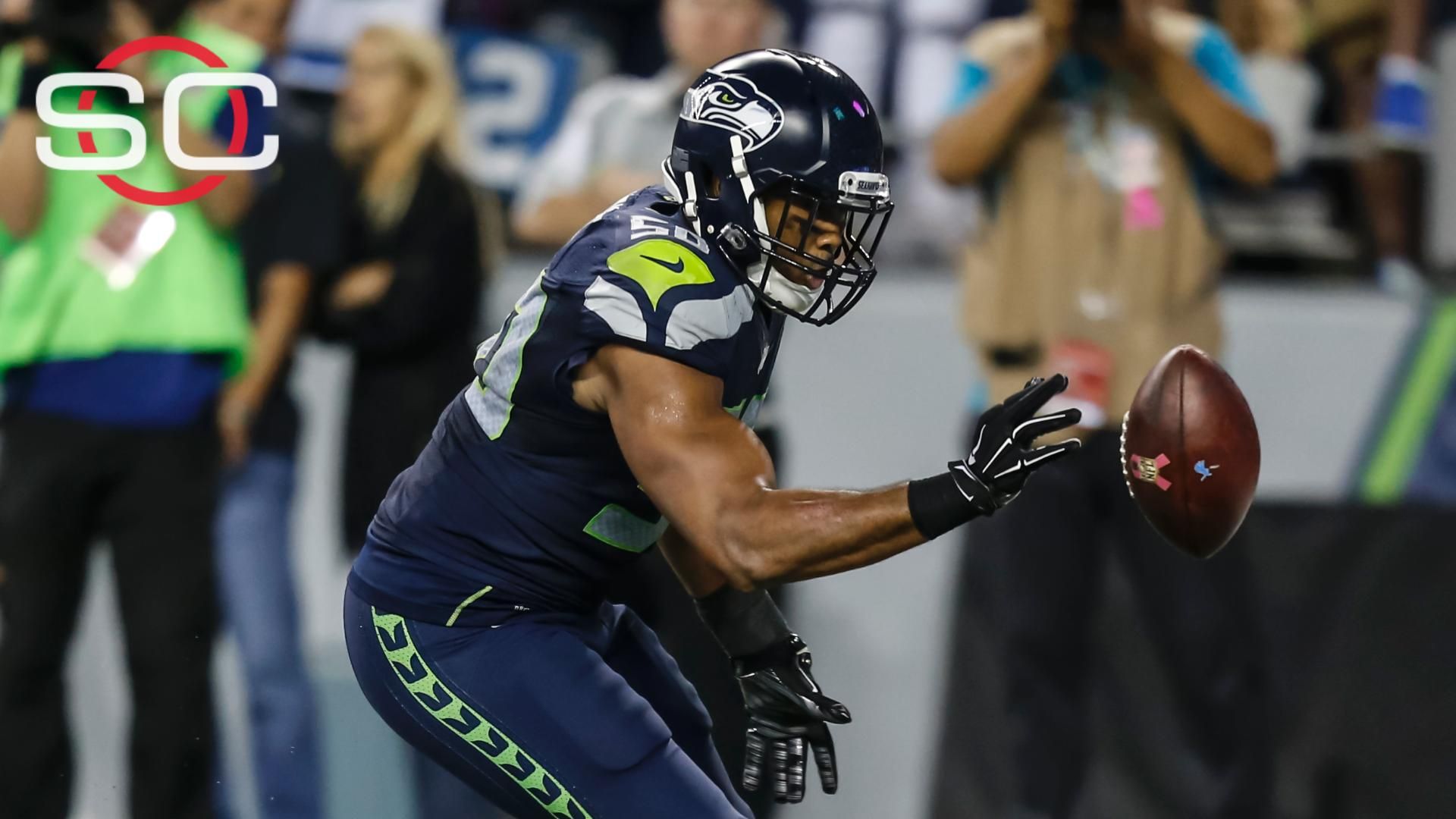 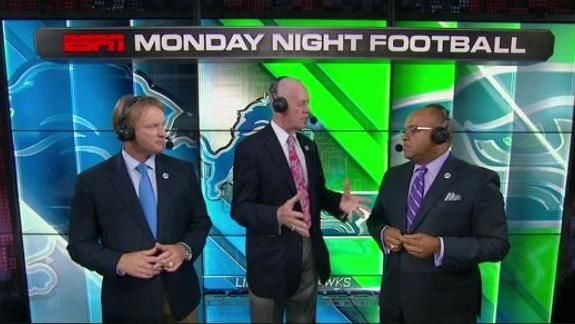