Ohio State strengthens hold on No. 1 spot in AP poll 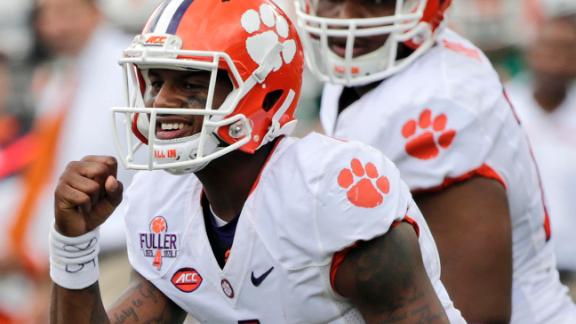 Utah dropped from the ranks of the unbeaten and so did Florida State. The two losses led to a shakeup in The Associated Press Top 25.

Ohio State (8-0) strengthened its season-long hold on the top spot, adding 11 first-place votes in Sunday's balloting after rolling over Rutgers.

LSU (7-0) moved up a spot and received five first-place votes following its win over Western Kentucky. TCU (7-0) dropped a spot to No. 5 despite not playing over the weekend.

No. 7 Alabama (7-1), a spot behind Michigan State (8-0) in the poll, was the only one-loss team to receive a first-place vote after holding off Tennessee.

UCLA is back in the poll at No. 24 after knocking off Cal on Thursday. The Bruins climbed as high as No. 7 before consecutive losses to Arizona State and Stanford dropped them from the Top 25.

Texas A&M and Cal dropped out of the poll.

Utah (6-1) had been gaining on Ohio State, receiving 16 first-place votes last week while moving up to No. 3, its highest regular-season ranking ever.

Considered a contender for the College Football Playoff, Utah was no match for unranked USC, losing 42-24 as Cameron Smith returned one of his three interceptions 54 yards for a touchdown.

The loss dropped the Utes 10 spots to No. 13 and made them a long shot for a CFP spot.

The Seminoles were on the short end of the season's second bizarre special-teams ending, losing to Georgia Tech 22-16 after Lance Austin scooped up a blocked field goal and returned it 78 yards for a touchdown on the game's final play.

Clemson up to No. 3 in updated AP Top 25
Clemson is one of eight teams occupying new spots in the AP top 10. ESPN college football reporter Chris Low reacts to that and the other moves in the Week 9 AP Poll. 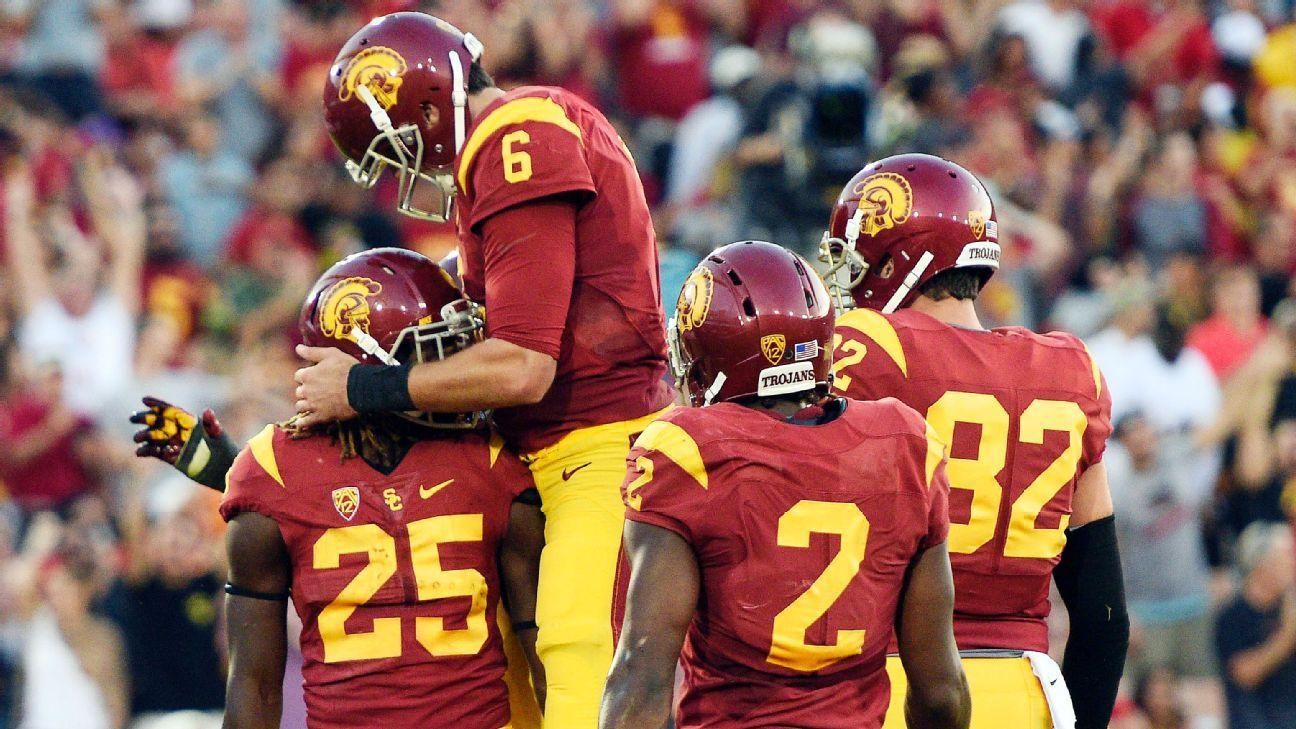