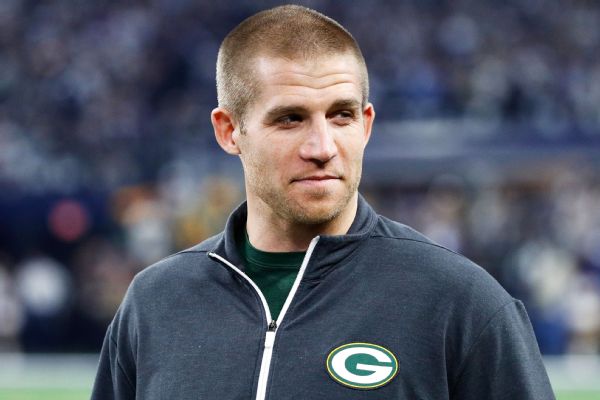 According to a source, the Green Bay Packers receiver has a chance to play against the Atlanta Falcons, but it's only a small chance.

The source reiterated what ESPN reported last week that Nelson did not sustain any major internal injuries but added that it would still be difficult for Nelson to play just two weeks after he broke ribs. In fact, the source said that most players would have little or no chance to play that soon after such an injury but that "Nelson is different than most players."

The Packers didn't even wait until game day to rule out Nelson from Sunday's NFC divisional playoff game against the Dallas Cowboys. Coach Mike McCarthy said on Friday that team physicians Dr. Pat McKenzie and Dr. John Gray would not clear Nelson to play and that he would be re-evaluated on Monday.

McCarthy would not say what the plan was for Nelson this week.

"Can't tell you if Jordy's going to practice Wednesday, but he did all the work in the [regeneration] workout today," McCarthy said Monday. "So that's a good sign."

Nelson was injured in the Packers' wild-card win over the New York Giants on Jan. 8 when safety Leon Hall hit him in the ribs after Nelson couldn't hang on to a catch near the sideline. Hall was not penalized or fined for the hit. Without Nelson, Packers quarterback Aaron Rodgers still threw for 356 yards and two touchdowns without Nelson in Sunday's 34-31 win over the Cowboys.

Last week, Rodgers said he was hopeful Nelson could return for the NFC title game.

"We're going to try to get this one and hopefully get him back if he can't play this week," Rodgers saidThursday.

"He's been a warrior all season. I don't think he's missed a practice hardly all season. Different without him out there, but we're hopeful he's going to be able to heal quickly and be able to go."