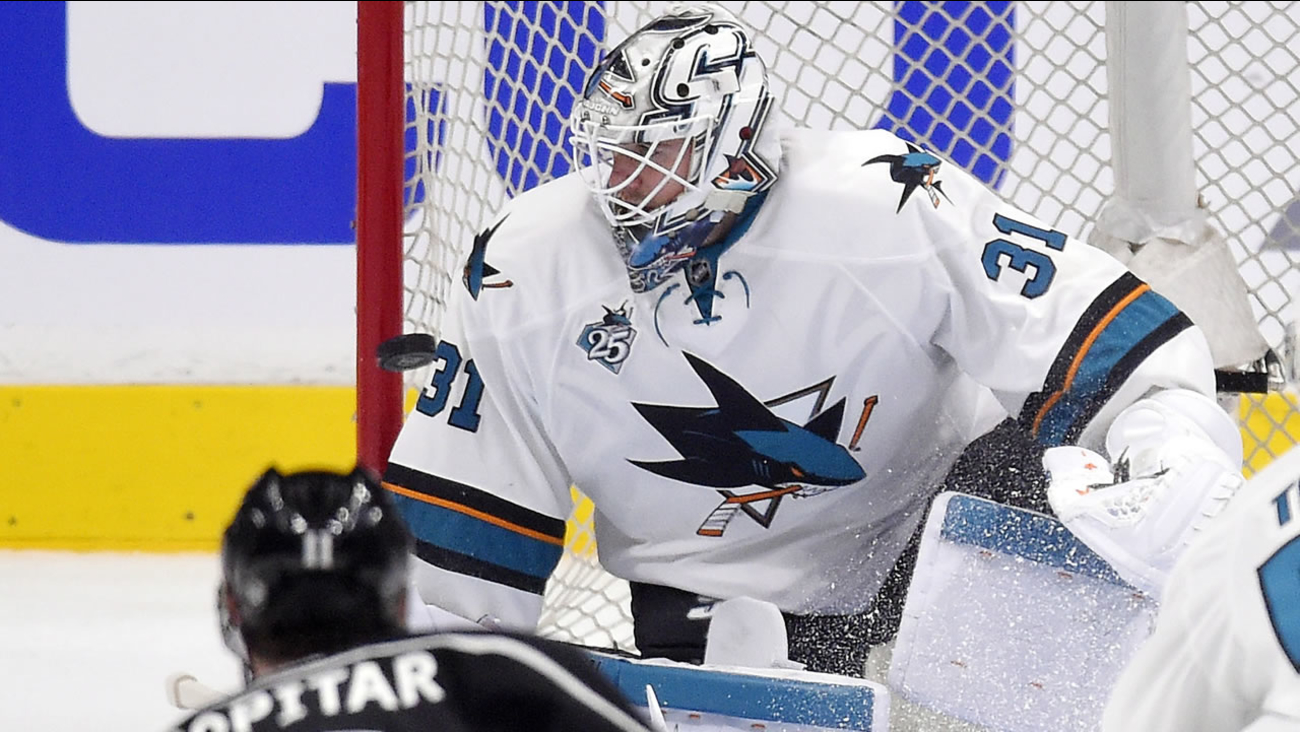 LOS ANGELES -- Joe Pavelski broke a tie with his second goal early in the third period, and the San Jose Sharks opened their playoff return with a 4-3 victory over the Los Angeles Kings on Thursday night.

Brent Burns and Tomas Hertl scored for the Sharks in their first postseason game since losing four straight to the Kings in 2014, completing a seven-game flop in the first round. Los Angeles rode the momentum to its second Stanley Cup title, but both California rivals missed the playoffs last year.