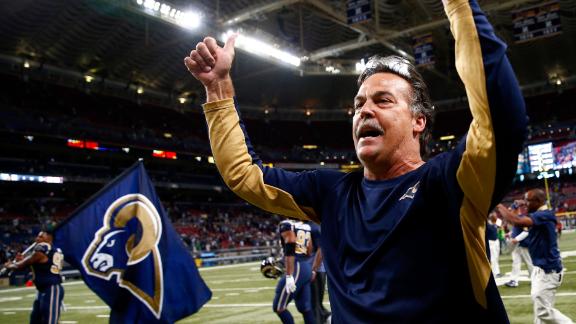 ST. LOUIS -- Seattle Seahawks coach Pete Carroll was asked after Sunday's 34-31 loss to the Rams why he decided to start overtime with what appeared to be an onside kick.

Steven Hauschka's kick traveled just 14 yards to the 49-yard line, where Rams wide receiver Bradley Marquez recovered it. Hauschka was trying a bloop kick downfield to the right side. Sometimes those kicks can cause indecision for the return team, and the kicking team can recover. Other times, a player who's not used to having the ball in his hands picks it up and gets tackled.

But Hauschka didn't hit it right, Carroll said, and the Rams drove 30 yards before kicking what ended up being the winning field goal.

"The result wasn't planned there," Hauschka said. "I mishit that kick. We were supposed to kick it downfield further than that, but yeah I mishit it. I take the responsibility on that, putting our team in a bad situation there starting overtime.

"There was something we saw on them that we wanted to try to take advantage of, but obviously didn't do that."

Carroll agreed with a reporter who said he'd never seen a mishit like that.

Marquez called for a fair catch, which is illegal after the ball has hit the ground. The officials originally ruled that Hauschka would get to kick again, but after taking a closer look, they ruled that the ball had gone straight up into the air.

"It's common for onside kicks to bounce, hit the ground first, and then you can't make a fair-catch signal once the ball hits the ground," Carroll said. "So they had to figure it out. They had to talk about it, figure it out that it was a blooped kick. It was legal to make a signal. So it wasn't an invalid signal. They missed that. They figured that the ball had bounced. The kick was so off that they just misread the kick. And one of the other guys, the officials, did a good job of clearing that up."

Asked if he thought for a second that he'd received a mulligan, Hauschka said: "I was hoping, but they got the replay. They got it right."