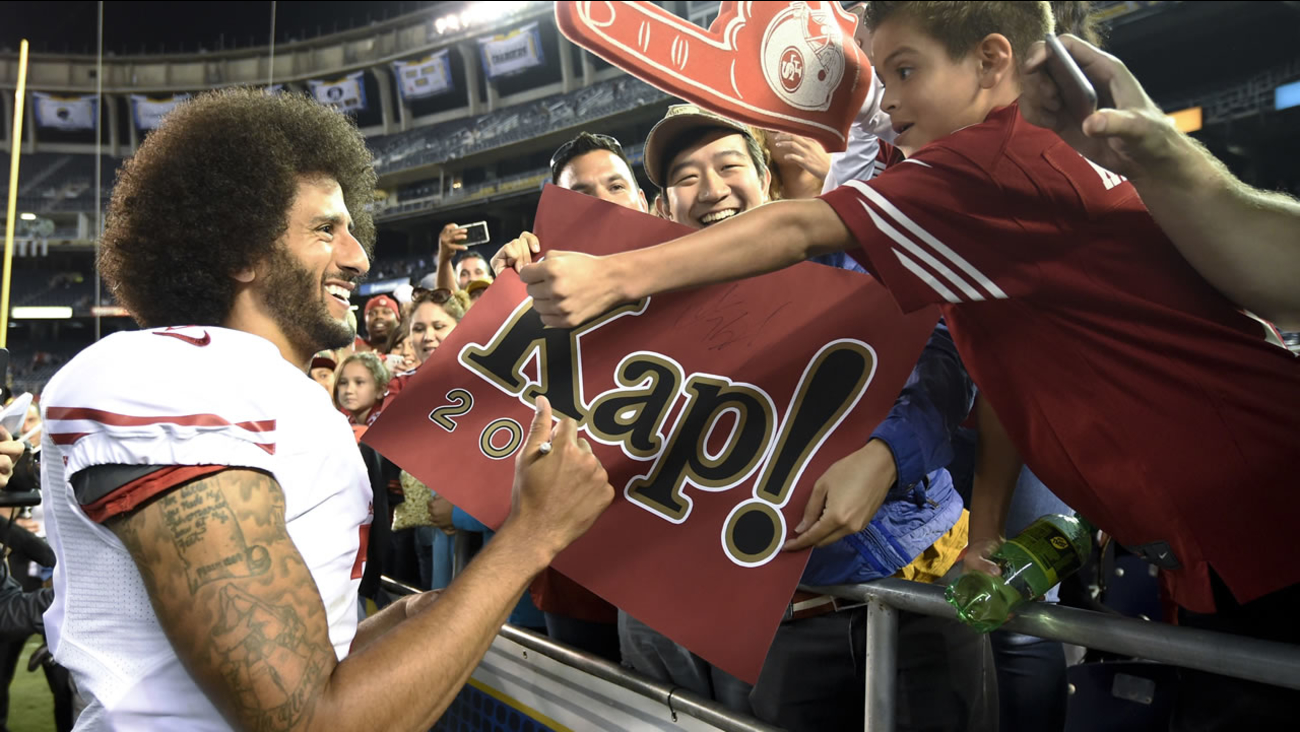 SAN DIEGO -- The union for police officers who work San Francisco home games says its members may boycott policing the stadium if the 49ers don't discipline Colin Kaepernick for refusing to stand during the national anthem and for his statements about law enforcement.

A letter from the Santa Clara Police Officers Association sent to the 49ers was obtained Friday by KNTV-TV, the NBC affiliate in San Jose.

It says that Kaepernick's protest has "threatened our harmonious working relationship" with the 49ers. About 70 officers from the Santa Clara Police Department patrol Levi's Stadium when the 49ers play there.

"If the 49ers organization fails to take action to stop this type of inappropriate behavior it could result in police officers choosing not to work at your facilities," the letter reads. "The board of directors of the Santa Clara Police Officer's Association has a duty to protect its members and work to make all of their working environments free of harassing behavior."

It also criticized what it called anti-police statements made by Kaepernick, calling them "insulting, inaccurate and completely unsupported by any facts."

It's the latest in the flurry of heated responses - both negative and positive - that Kaepernick has gotten since his silent protest became the talk of the NFL and much of the nation last week.

The quarterback has refused to stand for the anthem at the team's preseason games, most recently taking a knee a game in San Diego on Thursday night, to some boos from the crowd.

He has cited racial injustice and police brutality among the many reasons for his protest.

The message is that we have a lot of issues in this country that we need to deal with," Kaepernick said after Thursday night's game.

Teammate Eric Reid joined him in the most recent protest and Seattle Seahawks cornerback Jeremy Lane showed his support for Kaepernick by sitting on the bench during the anthem in Oakland on Thursday.

Kaepernick has said he plans to continue into the regular season.

While negative reactions have been strong, Kaepernick also has been widely praised for his commitment to his stance. Veterans and military members tweeted their support for Kaepernick in recent days under the hashtag "VeteransForKaepernick."

The team reiterated Friday night that it stands behind Kaepernick and respects his right not to participate in celebrating the national anthem.