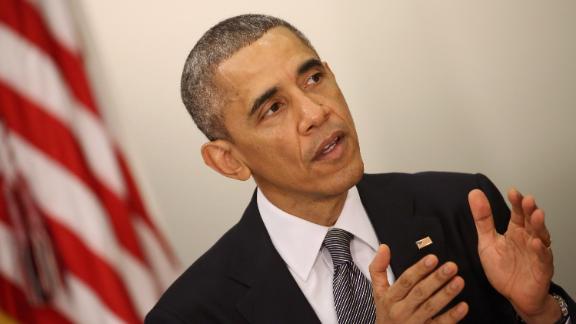 President Barack Obama joined "The Herd" on ESPN Radio on Friday and discussed a wide range of topics that included athletes speaking out on social issues and the NFL's new personal conduct policy.

Over the past several weeks, athletes at arenas, stadiums and on social media have sought to raise awareness of perceived problems in police-community relations and perceived problems in the criminal justice system following the deaths of teen Michael Brown in Ferguson, Missouri, and Eric Garner in New York.

"When you think of our greatest sports heroes -- Muhammad Ali, Bill Russell, Arthur Ashe -- they spoke out on issues that mattered at pretty critical times," Obama told show host Colin Cowherd. "And for athletes to recognize they are citizens as well as entertainers and have a voice that is legitimate, I think it is important. I think it is useful."

LeBron James, Derrick Rose and Lakers players including Kobe Bryant have worn "I Can't Breathe" T-shirts during warm-ups before games, referring to the final words spoken by Garner, who died after being put in a chokehold by police in Staten Island. In St. Louis, Rams tight end Jared Cook and four teammates made the "hands up, don't shoot" gesture before recent pregame introductions -- a show of support to those in Ferguson who protested the shooting death of Brown by a police officer.

"The way it was handled also indicates that the NFL was behind the curve as a lot of institutions have been behind the curve in sending a clear message. You don't want to be winging it when something like this happens," Obama said. "You want to have clear policies in place. The fact that polices have been established, I think, will be helpful in sending the message that there is no place for that kind of behavior in society, whether it is in sports or anyplace else."

Obama also alluded to a decision-making structure that was behind the times in terms of representation in dealing with the league's most challenging issues.

"This is not unique to the NFL but maybe more pronounced in the NFL is that there is an old boys network in terms of how it operates," he said. "And there have been some blind spots that are not just rooted in professional football but dating back in college football. Certain behaviors have been tolerated historically that really should not have been tolerated. Hopefully this is a wake-up call and people think about this more systematically."

Among sports topics of general interest to Obama:

On the Bulls or Cavaliers: "I tell you, the Cavs are starting to jell. But, I just like [Chicago's Tom] Thibodeau as a coach. The guy's tough; they play hard. [Joakim] Noah is a fighter. If Rose, even if he doesn't come back to MVP levels, if he's playing at an All-Star level, I think the Bulls can beat the Cavs this year. You remember what happened to Miami when LeBron went down there the first time? There's something to be said for team chemistry."

And, on watching "SportsCenter:" "'SportsCenter,' when I work out in the morning, gives me a pretty good sense of what's going on. I can't sit down and watch an entire game except maybe the Super Bowl, the NBA Finals or the World Series. I might be able, on one day, watch a whole game. There are times, I will admit, at night when I've got a really fat briefing book, where I might have the game on with the sound off." 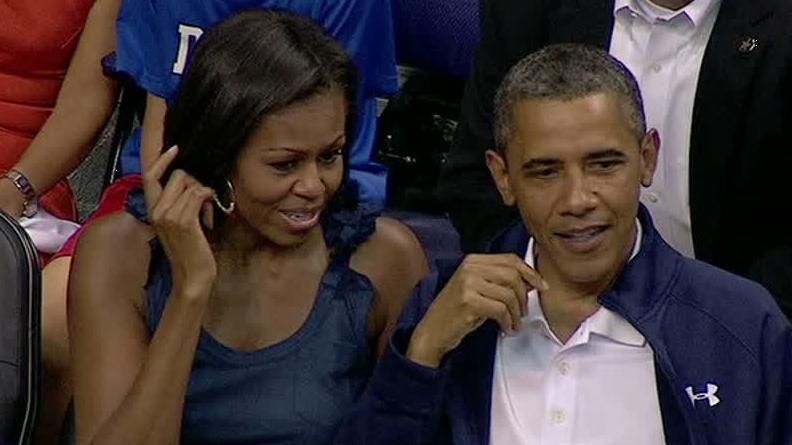 President Obama Likes Bulls' Chances
President Obama talks about the rare times he gets to watch sports and explains why he thinks the Bulls are better than the Cavaliers.