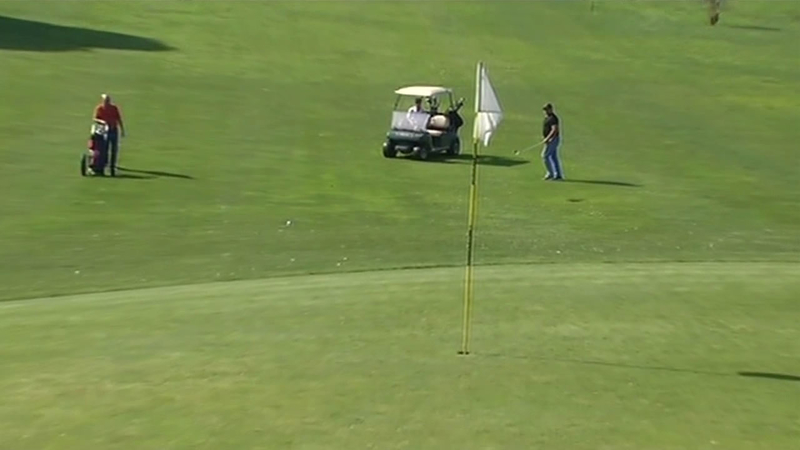 The owners of Pine Meadow Golf Course were planning to turn the course into housing, but now that plan is running into trouble.

The owner of a struggling golf course in Martinez, Christine Coward Dean, says she and her family are basically being held hostage by a small group of citizens who oppose her selling the course to a developer.

"It's a very small group of citizens that have absolutely no respect or any recognition of private property rights," Coward said.

In January, the Martinez city council approved a plan to build 99 new homes on the 27 acres owned by Dean. It was the culmination of six years of planning and public meetings.

As part of the final process, the council amended its general plan and rezoned the property as residential.

"The issue with the golf course is it's not true open space," said Mark Ross, Martinez city council member. "It has pesticides, rodenticides, insecticides, herbacides, fertilizers."

That prompted a petition drive organized by a group calling itself Friends of Pine Meadow. They collected 3,000 signatures under the premise of saving the golf course or turning it into a park.

"It should be voted on by the citizens," said a member of Friends of Pine Meadow.

Some who signed said the said the petition gatherers misled them.

"I felt like I had been duped into something that denied someone their own property rights," said Jon Starn.

Golf course owner James Dean says he even approached one of the signature gatherers to try to clarify the issues.

"I said, 'Can I talk to you a second about what's really happening here?' And she said, 'I don't really care. I'm getting paid to get signatures,'" said gold course owner James Dean.

Calls placed to the organizer of the petition drive were not returned.

The city council unanimously agreed Wednesday night to let voters decide what to do with the old Pine Meadows Golf Course in November 2016. Voters will have a choice: Allow nearly 100 homes to be built on the 27-acres of land as approved in January, or reverse the residential zoning designation and turn it into open space.