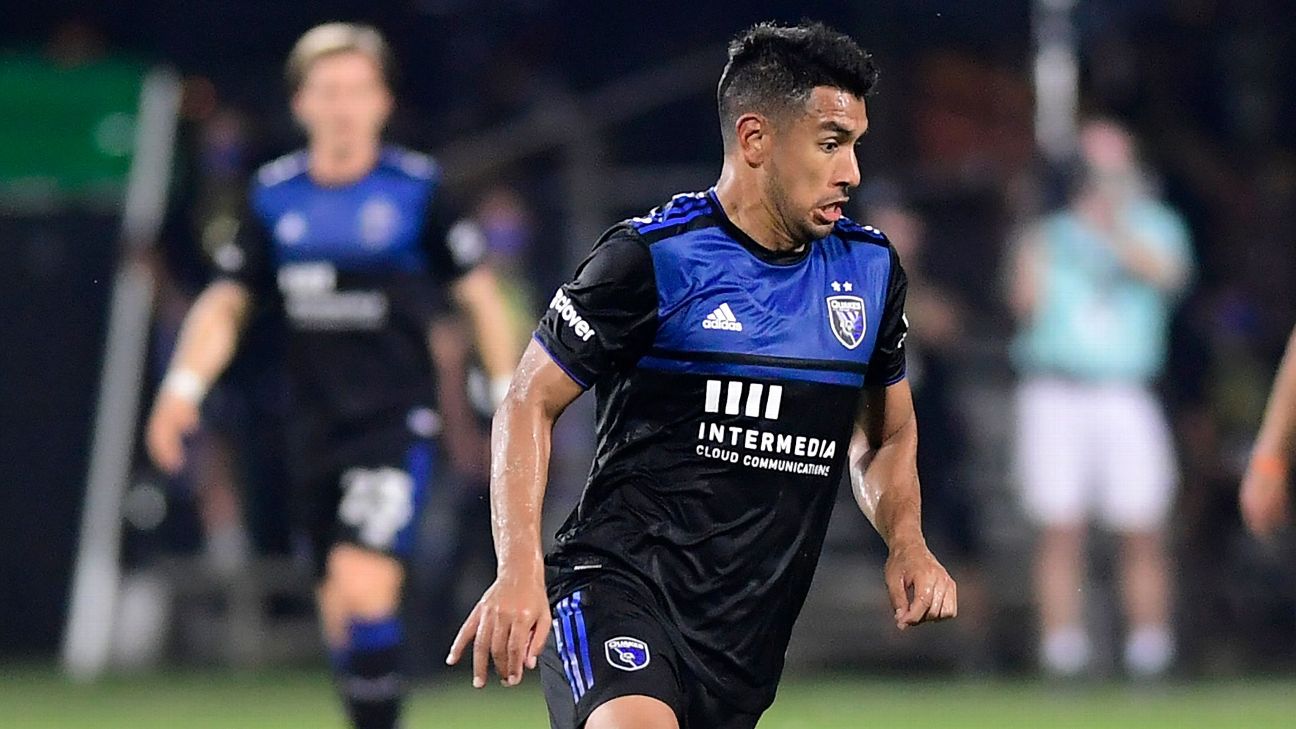 Andres Rios scored on a penalty kick in the 82nd minute and the host San Jose Earthquakes rallied for a 2-1 victory over the Los Angeles Galaxy to move out of last place in the Western Conference.

It was the second consecutive game the Earthquakes rallied for a 2-1 victory, doing the same against Los Angeles FC on Sept. 27. The Galaxy lost their fourth consecutive game to fall into the basement of the conference standings.


Rios' opportunity from the penalty spot came after San Jose's Shea Salinas was fouled in the penalty area by Galaxy defender Rolf Feltscher. It was the third goal of the season for Rios.

The Galaxy (4-7-3, 15 points) took a 1-0 lead in the fourth minute when Sebastian Lletget scored a goal. The Earthquakes (4-6-5, 17 points) drew even in the 42nd minute when Marcos Lopez scored his first of the season.

San Jose has given up just two goals in its past two games following consecutive humbling defeats where they lost to the Colorado Rapids and the Portland Timbers by a combined 11-1 score.

Looking to get striker Javier "Chicharito" Hernandez going, the Galaxy had a promising start. After a centering pass from Cristian Pavon, Chicharito fired a left-footed shot off the right post. Lletget pounced on the rebound and fired a shot past San Jose goalkeeper JT Marcinkowski.

The goal was Lletget's sixth of the season to tie him with Pavon for the team lead.


The Earthquakes got even just before halftime. Lopez took a pass from Nick Lima, found space on the left side of goal, and fired a left-footed shot across the penalty area and into the top right corner of the goal past Galaxy goalkeeper David Bingham.

The game marked the Galaxy debut for forward Yony Gonzalez, who was acquired on loan in August from S.L. Benfica in Portugal. Gonzalez entered in the 72nd minute for Lletget.

The Earthquakes had a chance to tie the game in the 12th minute, but Chris Wondolowski's penalty shot to the low right corner of goal was saved on a dive by Bingham. 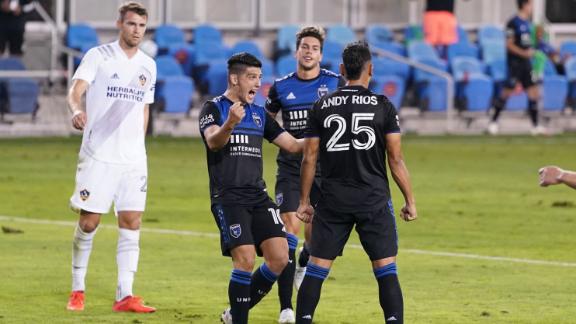