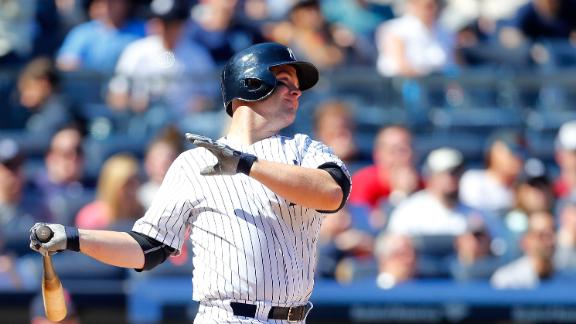 NEW YORK -- The Boston Red Sox weren't the only losers on Saturday at Yankee Stadium.

With the New York Yankees leading 7-4 in the bottom of the eighth inning, shortstop Dean Anna smacked a base hit to right field off Red Sox reliever Burke Badenhop. Anna slid safely into second base for a double, but then apparently took his foot off the bag while shortstop Xander Bogaerts still was applying the tag.

"I felt like I was on the whole time," Anna said.

Red Sox manager John Farrell challenged the call, but it was upheld after video review.

MLB addressed the situation after the game, acknowledging the call should have been overturned.

The botched call did not affect the outcome of the game, as Badenhop retired the next two batters to end the inning. The Yankees won, 7-4.

But the situation still left Farrell perplexed after the game.

"We had probably five angles that confirmed his foot was off the base, and when the safe call came back, it certainly raises questions on if they're getting the same feeds we are, the consistency of the system," Farrell said. "Yeah, it makes you scratch your head a little bit on why he was called safe."

Information from ESPNNewYork.com's Andrew Marchand and ESPNBoston.com's Gordon Edes was used in this report.