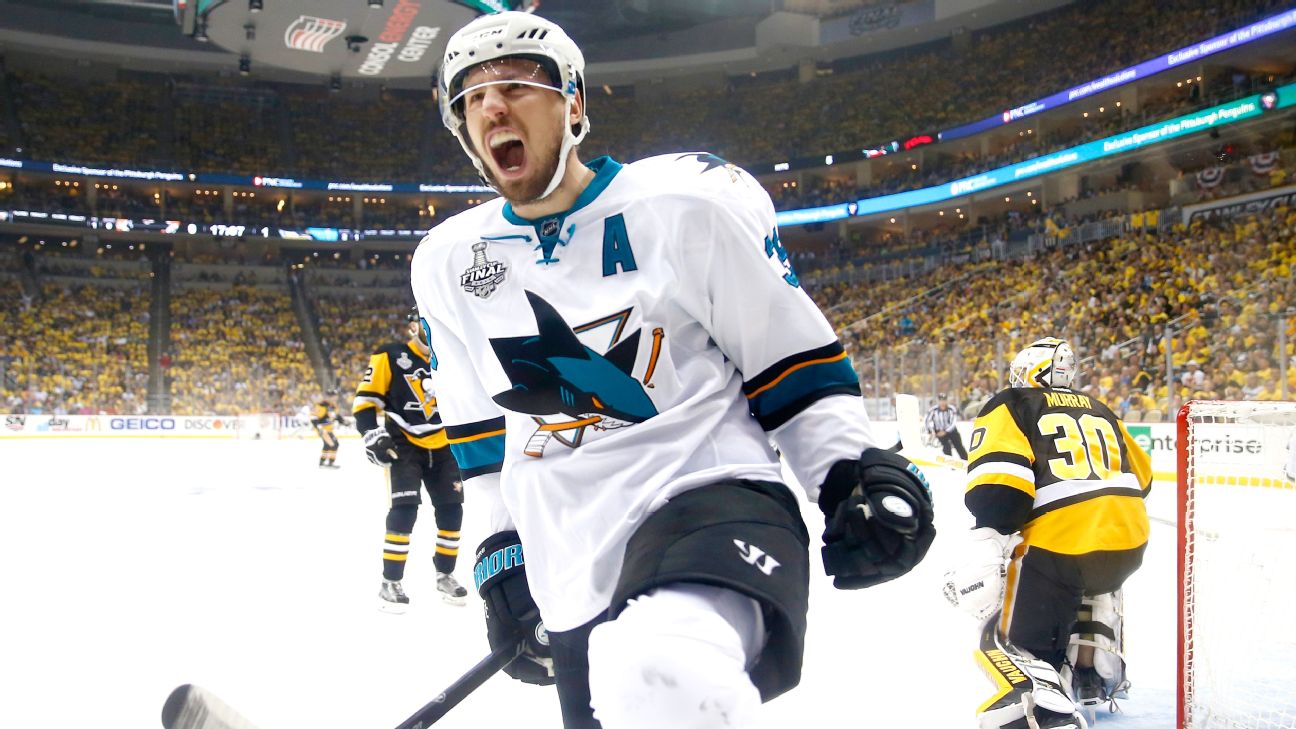 SAN JOSE, Calif. -- Logan Couture agreed to aneight-year, $64 million contract extension with the San Jose Sharks on Saturday, according to a person familiar with the deal.

The person told The Associated Press that the deal will become official as soon as Sunday, when Couture is eligible to sign the extension. The person spoke on condition of anonymity because the deal hasn't been announced.

Couture is entering the final year of a five-year, $30 million deal and now will be under contract through the 2026-27 season.

Couture was a first-round pick by San Jose in 2007 and has said he never wants to leave the franchise. He has developed into one of the Sharks' top forwards since making his debut in 2009 and is coming off a career-high 34-goal season.

Couture, 29, was San Jose's most dependable center last season, often matching up against the opponent's top line and providing plenty of offense of his own from the second line. Couture had 27 assists and was a major part of the power-play and penalty-killing units.

He has 213 goals and 224 assists in 582 career games. He also has been a postseason standout, leading the NHL with 30 points in 2016 when he helped the Sharks reach the Stanley Cup Final for the first time; they lost to Pittsburgh in six games.

Couture has 34 goals and 47 assists in 96 career playoff games, ranking in the top 10 in the NHL in playoff goals and points since making his postseason debut in 2010.

Locking up Couture was the first move made by general manager Doug Wilson this offseason. San Jose still is looking to re-sign center Joe Thornton and is making a run at New York Islanders center John Tavares.

Thornton will be 39 next season and coming off his second major knee injury. He tore the ACL and MCL in his right knee on Jan. 23 and never returned to the lineup. He had a similar injury to his left knee the previous season and played four games in the postseason before undergoing offseason surgery.

Thornton still performed at a high level last season after taking some time to get back up to speed. He had 11 goals and 15 assists in his final 28 games before the injury.

The Sharks met with Tavares this week, hoping to lure the top available free agent to San Jose. Tavares, who turns 28 in September, is one of the top centers in the league and would step into Thornton's old role on the top line.

Tavares, the No. 1 overall pick by the Islanders in 2009, is coming off one of his most productive seasons as a pro. He had 37 goals and 47 assists last season, finishing one off his career best in both marks.

Adding Tavares would provide perhaps the only missing piece to make the Sharks one of the top contenders for the Stanley Cup next season. San Jose lost in six games in the second round to eventual Western Conference champion Vegas and has a stellar defense led by Marc-Edouard Vlasic and Brent Burns, a reliable goaltender in Martin Jones, and forwards like Couture, Evander Kane and captain Joe Pavelski already under contract.