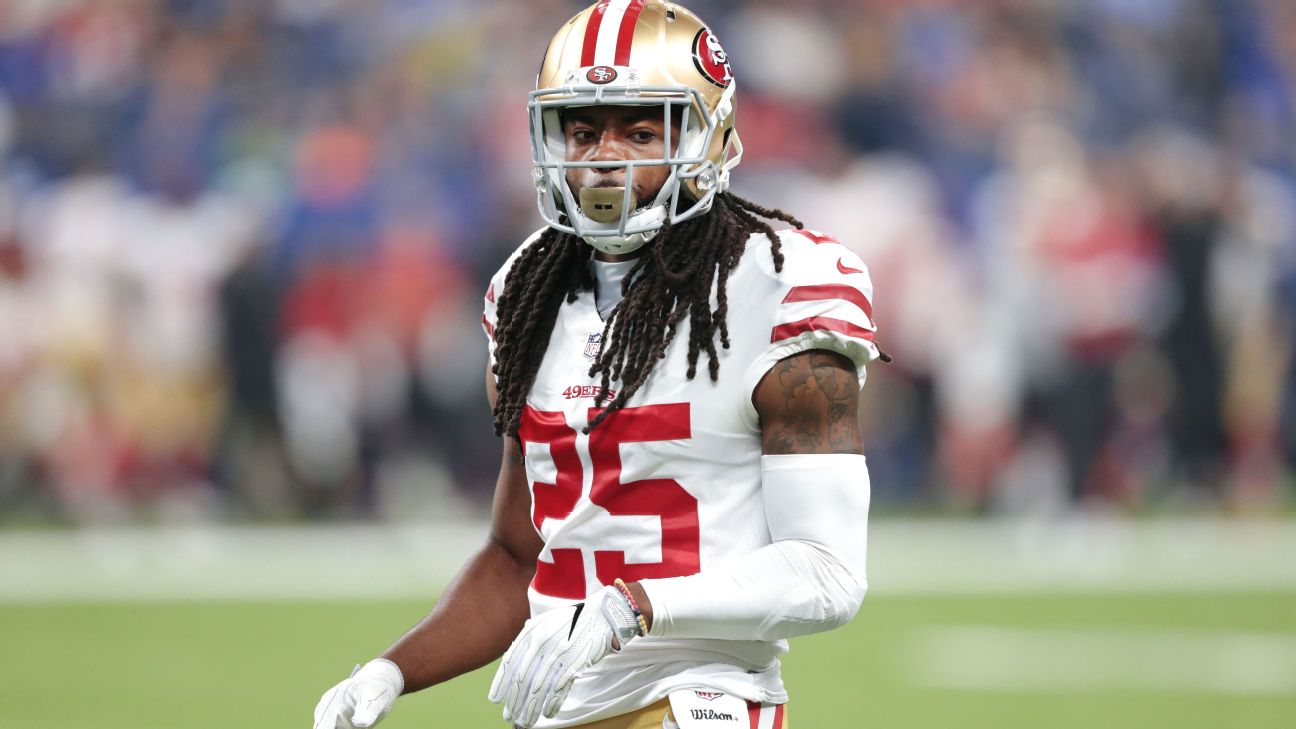 SANTA CLARA, Calif. -- A day after the San Francisco 49ers elected Richard Sherman as their player representative, the veteran cornerback expressed his belief that a lockout is coming when the NFL collective bargaining agreement expires.

"It's going to happen, so it's not like guys are guessing," Sherman said before the 49ers' workout Thursday.

The current CBA between players and NFL owners doesn't expire until after the 2020 season, but there have been rumblings that players might dig in their heels in order to get certain economic changes, including more guaranteed money in contracts.

Owners locked out the players for four months during the 2011 offseason, but the sides eventually hammered out a 10-year deal before the regular season was jeopardized.

Sherman said he's expecting a lockout this time around "because there was a lockout before. We don't plan on changing anything about the deal we currently have right now. ... I don't think it's going to be negotiated before the end of the CBA."

That issue is for down the road. For now, Sherman, a three-time All-Pro cornerback, eagerly awaits his 49ers debut Sunday at Minnesota. After being released by Seattle in March, Sherman, 30, signed a three-year deal with San Francisco.

He appears fully recovered from a ruptured right Achilles tendon that ended his 2017 season in November. But Sunday's game offers Sherman his first true test to prove he's still the same shutdown defender he was before the injury. And the opener comes against a Vikings team that expects big things offensively after signing quarterback Kirk Cousins in the offseason.

So far, Sherman has drawn rave reviews for the leadership role he's taken with a young 49ers defense.

"It's inspiring just to play across from a guy like that that's played at a high level," cornerback Ahkello Witherspoon said. "I've always looked up to him, always thought highly of him. To be able to pick his brain just inspires me to take my game to the next level."

Asked if this week of preparation feels different given his new surroundings, Sherman replied:

Nike has a line of football cleats endorsed by former Los Angeles Lakers superstar Kobe Bryant, a friend of Sherman's who offered the cornerback advice on how to rehab from an Achilles injury, since Bryant experienced the same setback.

Sherman said he'll feel butterflies when he takes the field for his 49ers debut, but he said it won't be so different from his previous seven years with the Seahawks.

"[There's] always that rookie inside me. I don't think it changes from your first year to your eighth year," he said. "I think you always go into it knowing you're gonna have a chance to do something special and you're excited about the possibilities."