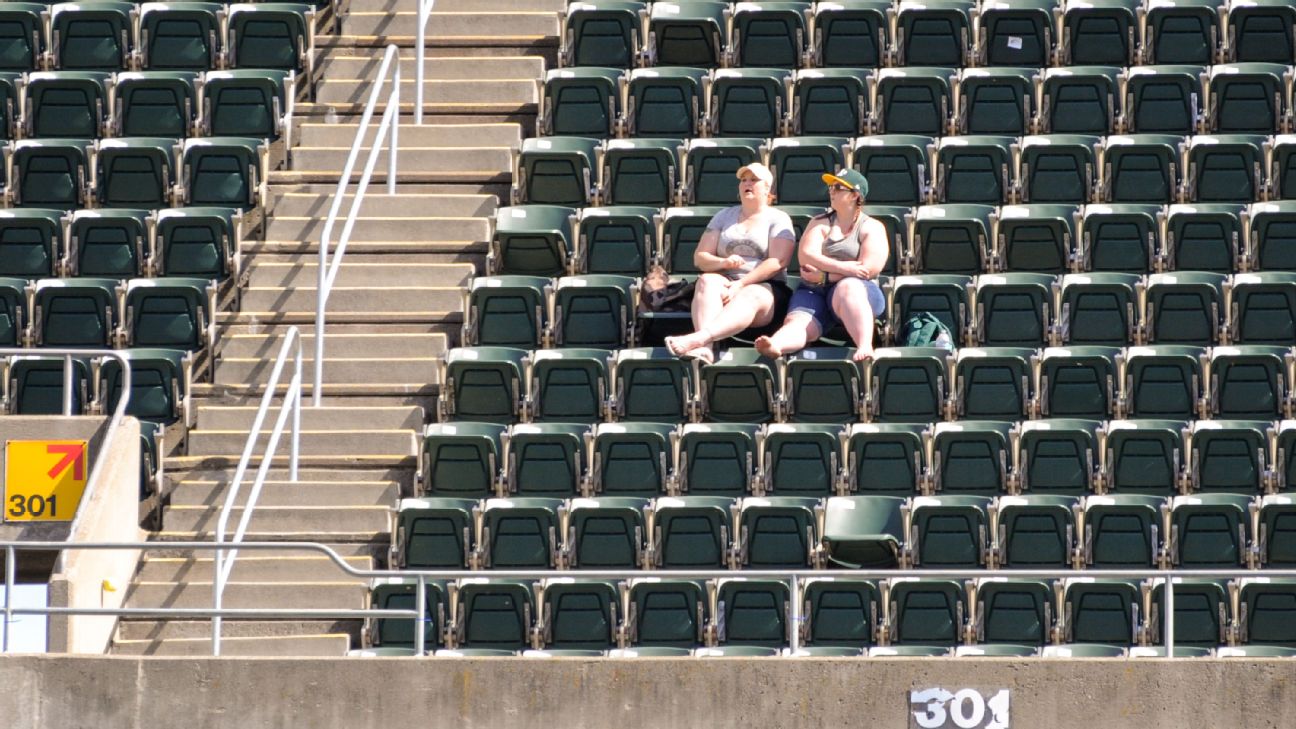 WASHINGTON -- Major League Baseball is confident that the Oakland Athletics and Tampa Bay Rays are moving closer to getting plans in place for new ballparks.

Baseball commissioner Rob Manfred has said the sport will consider expansion, but only after the A's and Rays get new stadiums.

The A's had hoped to build in downtown Oakland near Lake Merritt on land owned by Laney College, but the Peralta Community College District's board of trustees killed the project in December. The team is now considering building adjacent to its current home at the Oakland Coliseum or on the waterfront at the Howard Terminal, which is more distant to mass transit.

"I remain committed to the Oakland market, and it's not out of some conceptual fealty to the notion of franchise stability," Manfred said Tuesday at a meeting of the Baseball Writers' Association of America. "It is because I believe that there is not another market in the United States that has the upside potential that Oakland has, and I think we would regret leaving Oakland."

"There is no human endeavor where you get it right every single time," he said. "I think Howard Terminal is viable. I think the Coliseum site is viable. And we will be continuing to encourage the A's to get to a decision point sooner rather than later on where they want to be so that you can get to the next step, which is determining whether you have economic viability in terms of financing and the like."

The Rays revealed plans last week for a domed ballpark in the Ybor City area of Tampa, which would involve a move across the bay from their Tropicana Field home in St. Petersburg. The 30,842-seat stadium would be the smallest in the major leagues and is estimated to cost $892 million. Its roof would be translucent.

"I thought the design was innovative and well-suited to the Tampa Bay market," Manfred said. "I think it was economically efficient."

Manfred said the next step is a financing plan.

"Stadiums are municipal assets," he said. "They are indicative of a ... region's status kind of as a major league city, and participation either in terms of businesses or governmental entities in the financing of the stadium I continue to believe is completely appropriate."

"If you are going to have private financing,"Manfred added, "the other piece that has to be present is support for the club in terms of attendance, sponsorship and all those great things that put the owner in a position to repay the debt that they inevitably would have to incur to get the stadium constructed."
Report a correction or typo
Related topics:
sportsespnoakland athleticsmlbtampa bay raysrob manfred
Copyright © 2022 ESPN Internet Ventures. All rights reserved.
TOP STORIES
Death toll rises to 21, mostly children, in TX school shooting
Uvalde school shooting: What we know about 19 kids, teacher killed
Bay Area mental health experts address Texas tragedy, trauma
Watch Steve Kerr's raw, emotional plea after Texas shooting
Senator begs for gun compromise after Texas school shooting: VIDEO
East Palo Alto man cultivates kindness through his garden
A look at some of the deadliest US school shootings
Show More
Biden says 'we have to act' after Texas school shooting
ABC7's new 24/7 live stream offers local news, weather
Man arrested in SJ former workplace stalking case, police say
1st possible CA case of monkeypox believed to be in Sacramento
Senior with Native American regalia on cap denied grad walk
More TOP STORIES News