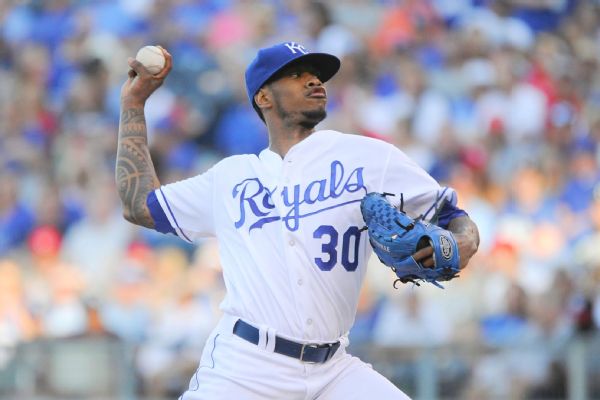 With the fitting nickname of "Ace," Ventura burst onto the baseball scene with a 100 mph fastball and an explosive attitude to match. He was a fierce competitor always willing to challenge hitters inside, then deal with the ramifications when they decided to charge the mound.

Not surprisingly, he quickly became a fan favorite as Kansas City embraced baseball once again.

"Obviously our prayers go out to Yordano's family, all his friends, his teammates, our fans and everybody throughout the baseball community,'' Royals general manager Dayton Moore said on a conference call Sunday afternoon. "Everybody with our team and our organization is hurting deeply. This is certainly something that puts everything into strong perspective. It's a reminder that nobody is guaranteed tomorrow.

"We loved Yordano. We loved his heart and who he was as a teammate and a friend. He's somebody that challenged us all and made us better. We're going to miss him.''

Highway patrol spokesman Jacobo Mateo said Ventura died on a highway leading to the town of Juan Adrian, about 40 miles northwest of Santo Domingo. Mateo did not say whether Ventura was driving.

Two other active Dominican baseball players have died on the country's highways in recent years.

St. Louis Cardinalsoutfielder Oscar Taveras -- a close friend of Ventura's -- died in 2014 when he crashed in his hometown of Puerto Plata. He was 22. Shortstop Andujar Cedeno died at age 31 in a 2000 crash in the city of La Romana.

A 2015 study by the World Health Organization found that the Dominican Republic had the highest traffic accident death rate in the Americas, with a rate of 29.3 per 100,000 inhabitants.

Moore said the Royals constantly try to remind their players and staff of the potential hazards of driving in the Dominican Republic.

"Every day," Moore said. "I'm intentional about it to the point where maybe it goes in one ear and out the other. With Andy Marte this morning [and now this], this is something that unfortunately happens way too often in the Dominican Republic. Whether it's scouts, coaches or front office people, we feel extremely responsible as an organization to communicate effectively and challenge our players at every level of the organization about the importance of making great choices.''

Fans began arriving at Kauffman Stadium shortly after Ventura's death was announced, leaving flowers, hats and other mementos outside the stadium. Flags outside the ballpark also were lowered to half-staff.

Ventura will be buried Tuesday in the Dominican Republic. Moore, manager Ned Yost and other members of the Royals are planning to attend.

"We are deeply saddened to learn of the tragic passing of Andy Marte and Yordano Ventura," players union executive Tony Clark said. "It's never easy to lose a member of our fraternity, and there are no words to describe the feeling of losing two young men in the prime of their lives. Our thoughts and prayers go out to their families, friends, teammates and fans throughout the United States and Latin America."

MLB commissioner Rob Manfred also issued a statement saying it was a sad day for the game, especially in the Dominican Republic.

"Yordano was a key figure in the Royals' recent success. His electric talent on the mound helped lead the Royals to two American League pennants and the 2015 World Championship," he said. "Andy was a respected member of six organizations who played seven Major League seasons, including for theCleveland Indiansfrom 2006-2010. "On behalf of Major League Baseball, I extend my deepest condolences to the families, teammates, friends and fans of both players."

Marte played his final career MLB game on Aug. 6, 2014, against the Royals. He appeared as a pinch hitter in the ninth inning, facing Greg Holland, and struck out to end the game. The winning pitcher for the Royals that day was Ventura, who allowed two runs in six innings as the starter. The two did not face each other in the game.

"Two unfortunate losses, not only for Dominican Republic, but for the whole Latin America people," Tigers slugger Miguel Cabreratold ESPNdeportes.com.

"I feel a lot of sadness because they were friends of mine. I'm sending my condolences to their families. The whole baseball world is in mourning," Cabrera added.

Ventura is the second young pitching star to die in the past four months. Marlins ace Jose Fernandez was among three men killed in a boating accident in late September, when the 24-year-old pitcher's boat crashed into a jetty off Miami Beach in the early morning hours.

Ventura went 14-10 with a 3.20 ERA in 2014, his first full season in the big leagues, and helped the long-downtrodden Royals reach the World Series for the first time since 1985. He proceeded to dominate San Francisco in both of his starts, though the Royals would ultimately lose in seven games.

In an eerie coincidence, Ventura paid tribute to his friend and countryman Taveras with a handwritten message on his cap during Game 6. Taveras' funeral occurred just hours before Ventura stepped on the mound.Ventura wore a cap with "RIP O.T #18" written on it for his start in which he threw seven shutout innings in a 10-0 win.

"From the minute that I found out about Oscar, I said this game was going to be dedicated to him," an emotional Ventura said then.

The following year, firmly entrenched in the rotation, Ventura helped lead Kansas City back to the World Series, pitching well in two starts against Toronto in the AL Championship Series. The Royals went on to beat the New York Mets in five games to win their second championship.

Not surprisingly, the Royals moved quickly to sign their burgeoning young ace to a five-year contract through the 2019 season that included two more options that could have kept him in Kansas City.

Ventura had a fastball that averaged 96 mph, and he used it often. He was suspended nine games this past season -- later reduced to eight games on appeal -- after he hit Orioles slugger Manny Machado in the back with a 99 mph fastball on June 7. Machado charged the mound and punched Ventura in the head as the benches emptied.

Born June 3, 1991, in Samana, Dominican Republic, Ventura represented a true rags-to-riches story. He quit school at 14 and was laboring on a construction crew to support his family when he heard about a tryout, which led to a spot in the Royals' academy located on his island home.

Still, the odds were long that Ventura would ever make it to the big leagues. Very few players from the Dominican academies reach the pinnacle of the sport.

But over time, Ventura was able to harness one of the most electric fastballs that scouts had seen in years, and his headstrong and confident nature was essential in his rapid rise. He made his big league debut to great fanfare in 2013, allowing just one run against Cleveland in a sign of things to come.

He eventually became a cornerstone of a youth movement that included young stars such as first baseman Eric Hosmer and third baseman Mike Moustakas, one that carried the Royals first to respectability, then to the top of the American League -- rare heights the organization had not experienced in decades.

Hosmer and Moustakas were among many in the baseball community to express their sorrow via Twitter on Sunday:

ESPN's Jerry Crasnick and The Associated Press contributed to this report. 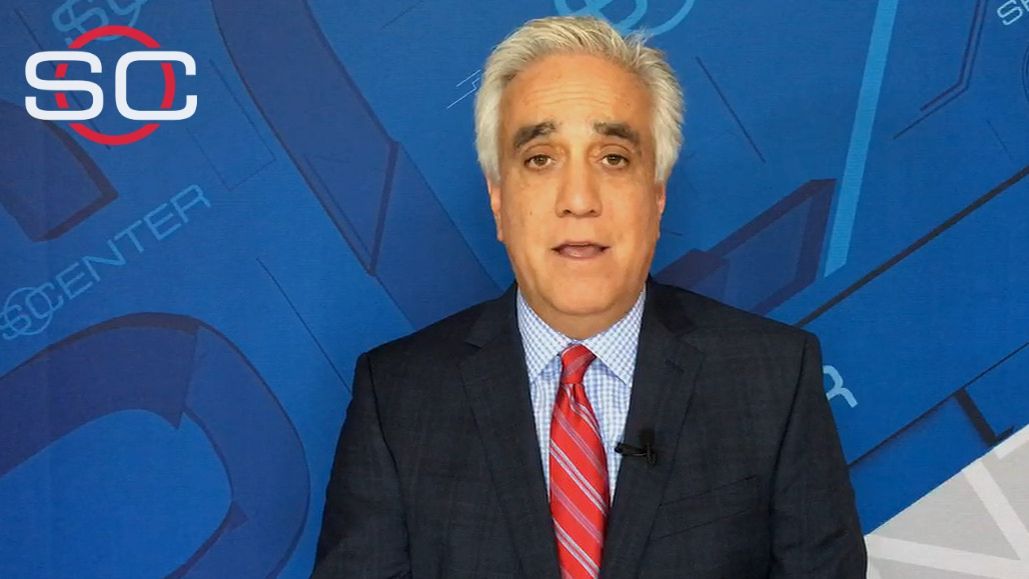 Ventura was beloved by Royals
Pedro Gomez talks about the strong bond Yordano Ventura had in the Royals' clubhouse and shares his emotional conversation with Salvador Perez.