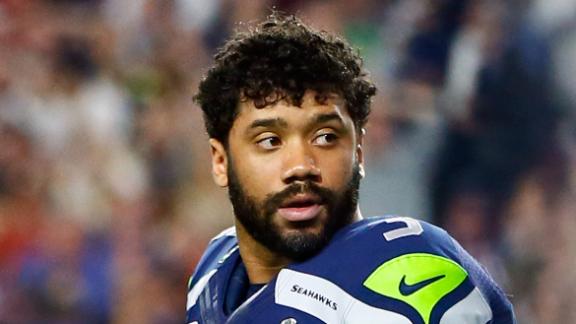 Seattle Seahawks quarterback Russell Wilson said Tuesday he had no problem with the call to throw a pass that became the ill-fated interception in Super Bowl XLIX and gave the New England Patriots a 28-24 victory.

The Seahawks had a second-and-goal inside the New England 1-yard-line with 26 seconds to play. But instead of handing the ball to running back Marshawn Lynch, the coaches called a pass play. Wilson tried to throw it to receiver Ricardo Lockette on a quick slant at the goal line, but Patriots cornerback Malcolm Butler jumped the route and picked it off.

"It looked open enough,'' Wilson said to reporters at the Seahawks facility on locker room clean-out day. "When I threw it, it was, 'Touchdown. Second Super Bowl ring. Here we go.'''

Instead, it became a play that will haunt the Seahawks and their fans for years.

Wilson said he already has watched replays "about 12 times," and that he wouldn't have done anything differently, but he wanted to look ahead.

Wilson now is in position to renegotiate his rookie contract. A new deal likely would make him one of the highest-paid players in the game.

"I really, honestly don't even think about it,'' he said. "I obviously want to play in Seattle forever."