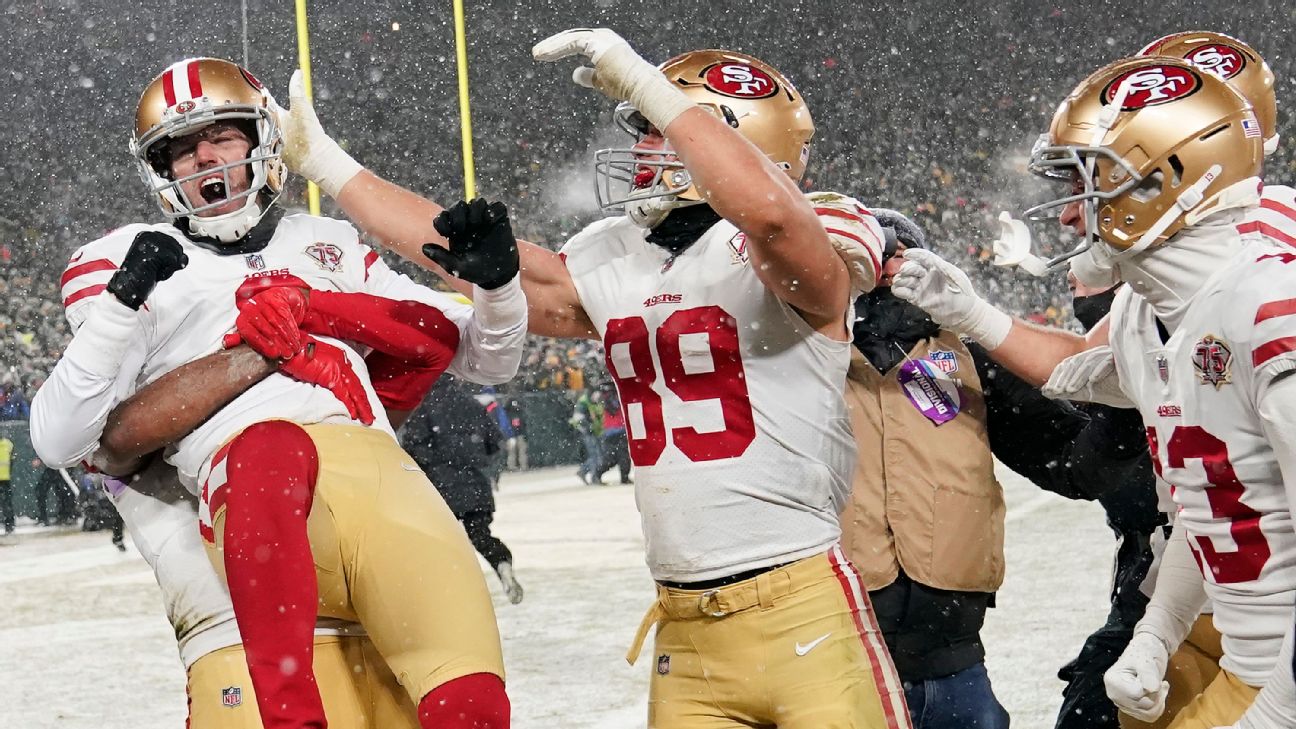 The San Francisco 49ers braved the frigid temperatures at Lambeau Field to beat Aaron Rodgers and the Green Bay Packers again in the playoffs.

As time expired, kicker Robbie Gould made a 45-yard field goal to defeat Green Bay 13-10. He continues his perfect streak in the playoffs and sends his team to the NFC Championship Game to face either the Los Angeles Rams or Tampa Bay Buccaneers. San Francisco's defense sacked the reigning NFL MVP five times and limited Rodgers to 225 yards passing and zero touchdowns.


Special teams play made the difference in this one, as a blocked punt returned by the 49ers for a touchdown late in the fourth quarter put them in prime position to upset the NFC's No. 1 seed. San Francisco scored 10 points in the final five minutes to escape with the victory.

After defeating the Dallas Cowboys in the wild-card round in dramatic fashion last week, the Niners became the third team to beat Dallas and Green Bay in the same postseason, joiningWashingtonin 1972 and the 2007 New York Giants.


The Twitterverse erupted after San Francisco's upset win, featuring NFL players from past and present.

ESPN Stats and Information contributed to this story 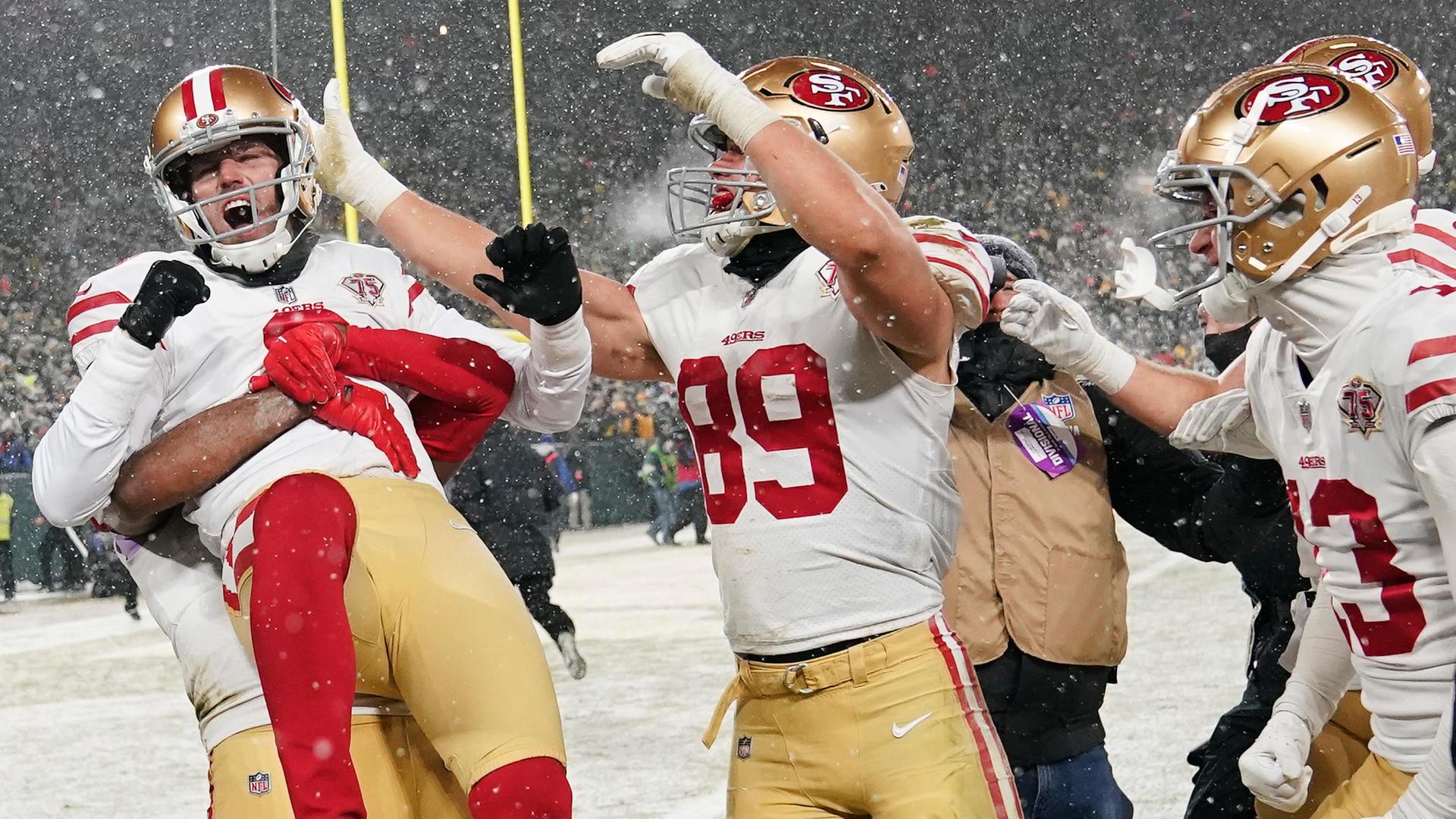