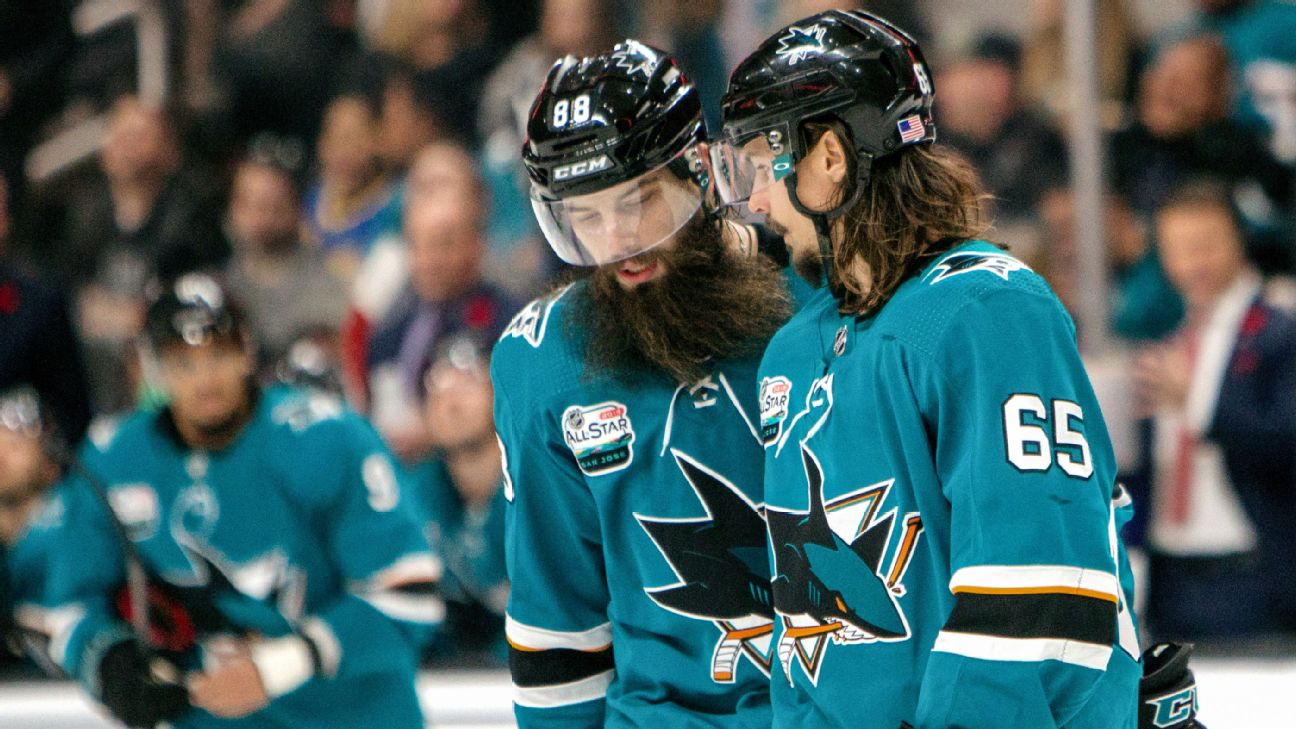 The San Jose Sharks have had an extended run of success, but no Stanley Cups to show for it. Is this the year?Here's everything you need to know about the the Sharks heading into the 2019-20 NHL season:

The big question: Is the window to win a Stanley Cup still open?

There were times last season when it felt like the Sharks' year, and not only because of that Game 7 major penalty miracle against Vegas and other breaks that fell their way in the postseason. But their loss to the eventual Cup champion St. Louis Blues led to an offseason of significant change for the Sharks: center Joe Pavelski, a heart and soul player for the franchise since 2006, left for the Dallas Stars. The Sharks are going to be good, but they're going to be different, even if Joe Thornton still has the locker closest to the door for another season.

Gone are supporting cast like forwards Joonas Donkoi and Gustav Nyqvist, as well as defenseman Justin Braun. The catalyst for this change? The eight-year, $92 million deal handed to star defenseman Erik Karlsson ahead of unrestricted free agency, and the four-year, $24-million deal handed to winger Timo Meier. The Sharks have about $3.4 million in cap space this season, and about $2.6 million in cap space for next season.

A happy, healthy and committed Karlsson plays himself back onto the Norris Trophy top three.

He hit 56 points in his third NHL season, skating alongside Thornton in a third-line role. It's looking like he'll graduate to top-six duty, potentially flanking Meier and new captain Logan Couture. He took a one-year, $1 million deal to help bail out the cap-strapped Sharks, but that was also a wager on himself to hit new highs in an expanded role.

Elite depth. Pavelski's departure hurts, and will have ripples in the postseason for the Sharks. But there's plenty still here for San Jose: Couture and Meier anchoring one line; Evander Kane and Tomas Hertl anchoring another; Thornton bolstering a bottom six with some talented young players; and a defense with the holy trinity of Brent Burns, who led all D-men in points last season, Karlsson and Marc-Edouard Vlasic, who is looking for a bounce-back season.

Goaltending. Somehow the Sharks finished second in the Pacific with the worst team save percentage in the NHL (.889). Martin Jones had some redemptive moments in the playoffs, but he and Aaron Dell were barely above replacement levels in the regular season. But with Jones signed through 2023, this is who the Sharks are bringing to the dance.

High marks here for owner/GM/coach (No. 3) and NHL roster (No. 8), and a middle-of-the-road finish for cap/contracts (No. 13). There aren't many dangerous baby Sharks swimming the prospect pool (No. 26).

Providing the best one-two, blue-line fantasy punch in the NHL, the Sharks are launching this season with both Brent Burns and Erik Karlsson in good health. Nothing out of the ordinary there for Burns, who hasn't missed a game in five-plus seasons, but speaks optimistically to Karlsson's fitness, after the elite defenseman struggled with an enduring groin issue most of last season. Splitting time on San Jose's top power play, these two boast true point-per-game potential. Fantasy managers must only decide as to whether they trust the former Senator to stay healthy.

Following Joe Pavelski's departure, more will be asked from Logan Couture and Tomas Hertl, the latter of whom broke out with 74 points to lead the Sharks in 2018-19. Fourth-year skater Timo Meier is also poised to take the next step in his already impressive young career -- 66 points this past season -- through inheriting Pavelski's spot on the Sharks' No. 1 power play.