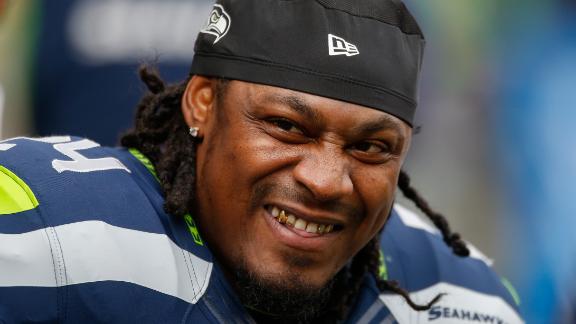 Seattle Seahawks running back Marshawn Lynch is not on the trading block, but many in the organization -- including Lynch -- do not expect the running back to be on the roster in 2015, according to sources.

The organization has grown tired of his ways, including pulling a no-show at the White House Super Bowl ceremony, his training camp holdout and his possible contribution to locker-room distractions.

He might have been available for a trade by Tuesday's deadline, sources said, but fullback Derrick Coleman broke his foot in last week's loss to the Rams, causing backup running back Robert Turbin to be moved into a fullback role. Christine Michael will continue to get some carries.

Meanwhile, quarterback Russell Wilson had nothing to do with the team's recent trade that sent Percy Harvin to the Jets, sources said.

Sources said that Wilson had known for almost a month that the Seahawks were going to trade Harvin and, as ESPN reported last week, Wilson argued with general manager John Schneider and coach Pete Carroll to keep Harvin on the team until he was told it was futile to make a case for Harvin, who had worn out his welcome.

Any "envy" directed toward Wilson in the locker room is more aligned with quarterback dynamics, including the fact the star quarterback has major marketing endorsements, sources said.

Wilson was asked by the organization if he could limit some of his endorsements but they were all filmed during the offseason and his CBA-driven base salary of $662,000 is about half of what backup Tarvaris Jackson makes.

Some of Wilson's income footed the bill to fly his receivers to California for offseason workouts when they were not allowed on facility grounds. Otherwise, in-season, team sources said that he's all football, except for the time he spends at Seattle's Children Hospital on Tuesdays. The so-called divided locker room is very much overstated, sources said.