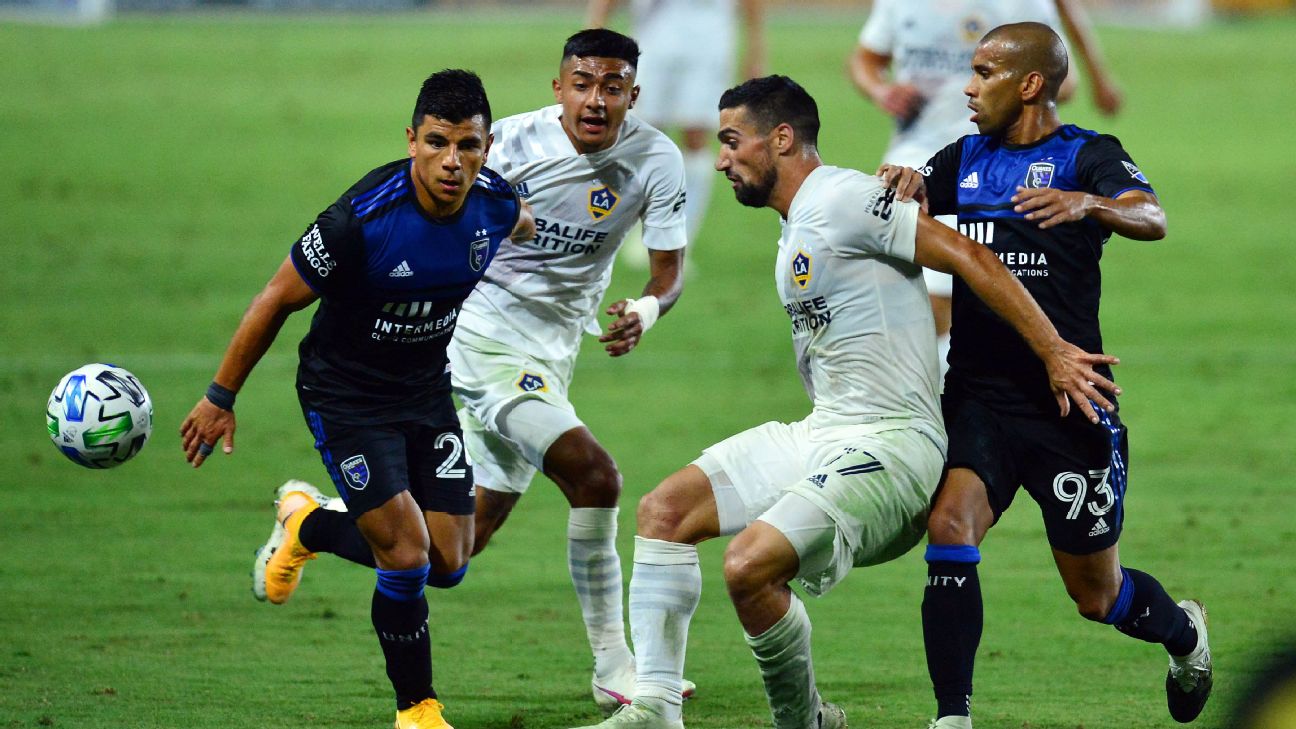 Sebastian Lletget scored in the 82nd minute as the LA Galaxy rallied for a 3-2 victory on Saturday over the visiting San Jose Earthquakes in a California Clasico game at Carson, Calif.

Cristian Pavon scored on a penalty kick in the 72 minute as the Galaxy (2-3-2, 8 points) defeated both in-state rivals in consecutive games after getting past the crosstown Los Angeles FC last Saturday. They are the only two victories for the Galaxy this season.

- Carlisle: How MLS players came to boycott, respond to Hansen

Cowell scored in the 59th minute, the first of the 16-year old's career, to give the Earthquakes (2-2-2, 8 points) a short-lived lead. Pavon struck for the Galaxy 13 minutes later after Earthquakes defender Tanner Beason was called for a hand ball in front of his own goal.

Pavon's strike from the penalty spot was his team-leading fourth goal of the season. He has a goal in three of the Galaxy's last four games. Lletget's game-winner and second of the season came off a corner kick when he blocked the ball with his body and it deflected in off San Jose defender Nick Lima.


The Galaxy was playing for the first time since their home game Wednesday against the Seattle Sounders was postponed as MLS called off five games that day to recognize social justice.

The Earthquakes were playing their first game since making a run into the elimination round of the MLS is Back Tournament nearly a month ago.

The Earthquakes took the early lead when Qazaishvili scored in the 11th minute. Los Angeles made it 1-1 in the 33rd minute when Steres headed in a long free kick from Lletget, who was about 35 yards out from the right sideline when he centered the ball in front of the Earthquakes goal.

After 71 all-time California Clasico games in the MLS regular season, the Galaxy now has a 32-24-15 advantage. 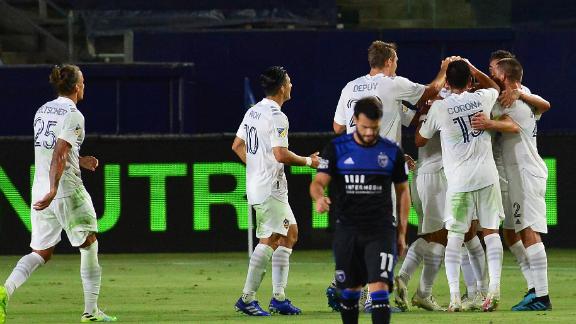 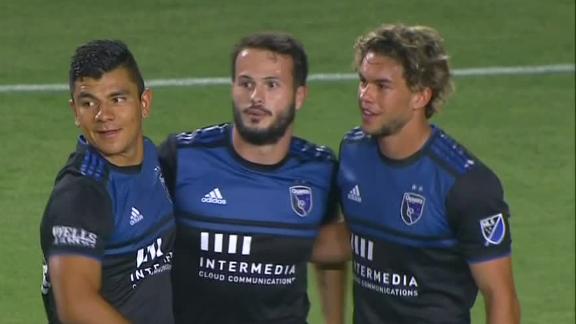