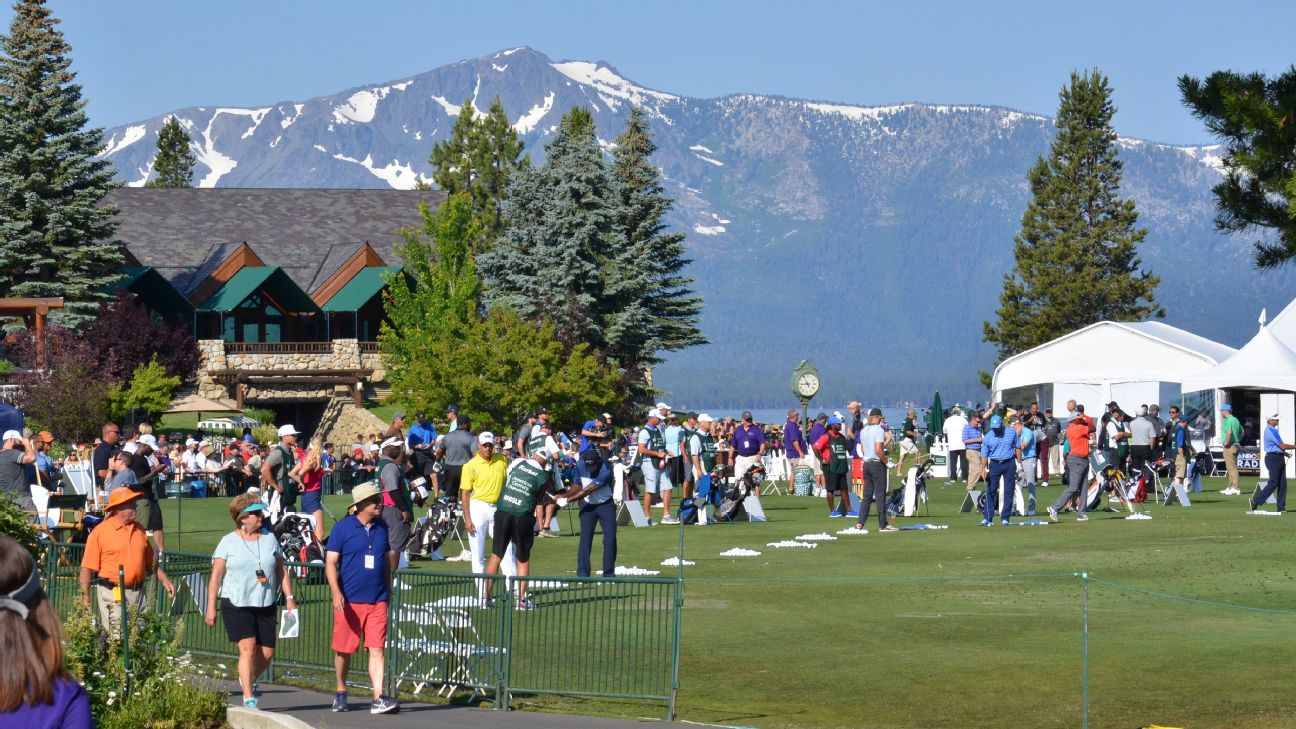 Mulder began the day nine points behind Pavelski in the modified Stableford scoring system, which awards six points for eagle, three for birdie, one for par, zero for bogey and minus-two for double-bogey or worse. He had 31 points in the round for a total of 47.

Pavelski had 23 points on the day for a two-round total of 48. Former Dallas Cowboys quarterback Tony Romo (44), former NFL quarterback Trent Dilfer (43), two-time winner and former NFL quarterback Mark Rypien and former tennis standout Mardy Fish (39) followed. Former NBA star Ray Allen (38), MLB Hall of Famer John Smoltz (35) and Green Bay Packers quarterback Aaron Rodgers (33) were also in the hunt. Steph Curry, among the leaders after an 18 in the first round, fell back and was at 28 points.

Mulder, a former major league pitcher, had just four points after 15 holes Friday, but since then he has tallied 43 and is now in position to win the tournament at Edgewood Tahoe Golf Course for the fourth straight year.

"So I couldn't hit it worse than I did for the first 15 holes yesterday," said Mulder, who last year became the first player in the tournament's 28-year history to win three straight times. "So I was kind of excited to get this day going and luckily made a few putts and got that ball in the hole."

Pavelski's best finish in two previous appearances was 10th. He knows he's going to have to hold off Mulder if he's going to win his first celebrity golf tournament.

"I hung in there in a good position," Pavelski said. "I'm excited to play with the guys tomorrow. There's some good golfers. And they've proven themselves. And Mulder's the guy to beat right now."

Romo, who has competed in U.S. Open qualifier tournaments, said there was no magic to his strong round Saturday.

"It's probably because I'm just actually a better golfer, to be honest," said Romo, who is an NFL analyst now. "I wish it was, I'm more comfortable or mentally stronger or something. No, I've had more time. I've put more time in."