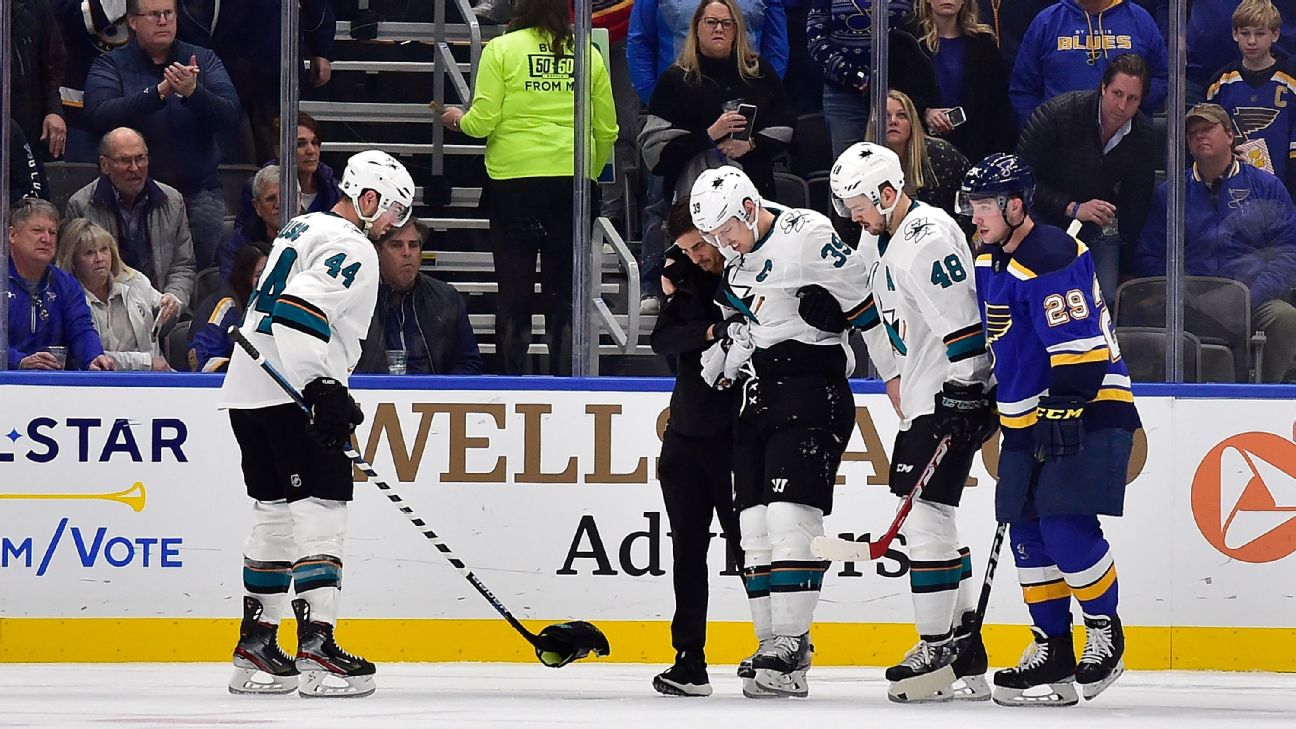 If the San Jose Sharks are going to turn their season around, it won't involve captain Logan Couture for several weeks.

Couture is expected to miss up to six weeks with a fractured ankle that he suffered Tuesday night in the Sharks' 3-2 loss at the St. Louis Blues, general manager Doug Wilson confirmed Thursday. Couture was in a walking boot after Tuesday's game. He awkwardly slammed his left leg into the end boards in the second period.

The 30-year-old center has 14 goals and 22 assists for 36 points to lead the Sharks. Couture was named to the NHL All-Star Game last week.

Sharks interim coach Bob Boughner hoped after the game that Couture's injury would be short term.

"It's big-time concerning. Even if it's a couple games or a couple weeks ... he's a captain, he's a leader, a catalyst for our offense," Boughner said. "If he's missing out of our lineup, that's a big loss. I think that other guys are going to have to step up in his absence, for sure."

Couture has been one of the few highlights for the Sharks during a frustrating campaign. San Jose has a record of 19-22-4. The Sharks' 42 points put them nine out of the final wild-card spot.

"It's always tough when you see a teammate get hurt, but hopefully he comes back soon. Because we need him," San Jose forward Tomas Hertlsaid. 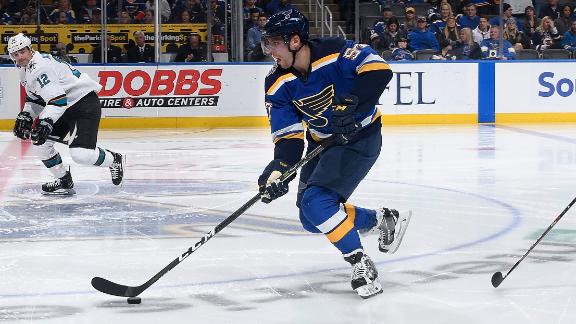 Perron scores his 18th goal of the season
David Perron nets a wrist shot for his 18th goal of the season to power the Blues.
Report a correction or typo
Related topics:
sportsespnnewsnhllogan couturesan jose sharks
Copyright © 2021 ESPN Internet Ventures. All rights reserved.
More Videos
From CNN Newsource affiliates
TOP STORIES
Suspect who shot at SJ police taken into custody
Some Bay Area seniors get vaccine, others wait with no answers