Sharks' Logan Couture in walking boot after exiting with injury 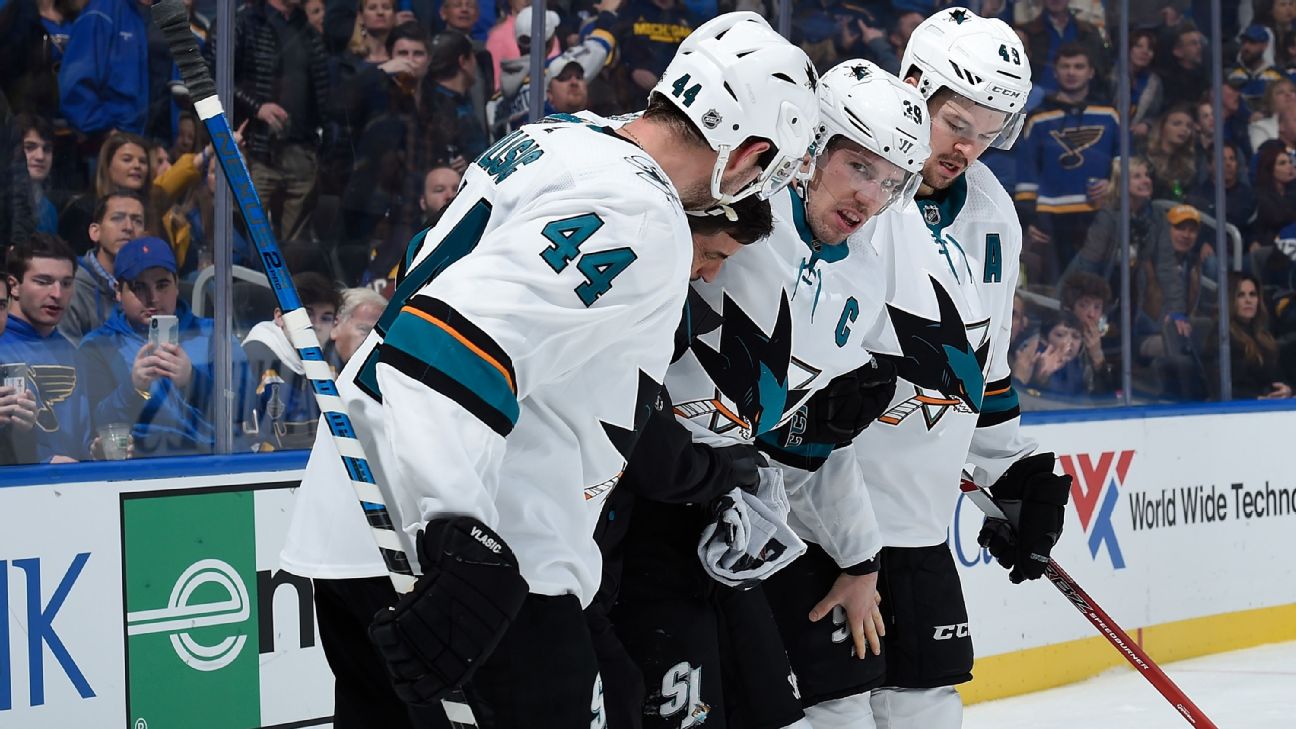 San Jose Sharks centerLogan Couturewas helped off the ice in the second period of Tuesday's 3-2 loss at St. Louis and did not return.

Couture and St. Louis' Vince Dunn collided and went into the boards with 12:27 remaining in the period.

Couture, in his 11th season, was favoring his left knee, which he banged into the boards.

"It's big-time concerning, even if it's just a couple games or whatever, if it's a couple weeks,'' San Jose coach Bob Boughnersaid. "He's a catalyst of our offense, penalty kill and everything. It'll be a tough loss, but hopefully it's not too long and it's a day-to-day thing, so we'll have a better idea about that [Wednesday]. When a guy like that goes down, everybody is very shocked.''

Couture is in a walking boot, Boughner said.

"I know they did X-rays,'' Boughner said. "I believe they're negative, but we're going to reassess him again [Wednesday].''