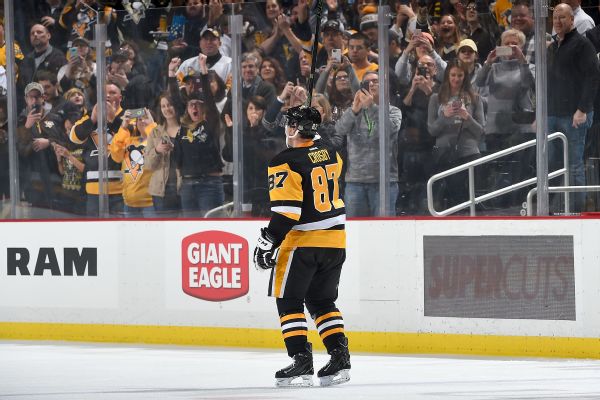 PITTSBURGH -- Sidney Crosby is the newest member of the NHL's 1,000-point club.

The Pittsburgh Penguins star became the 86th player in league history to reach 1,000 career points when he assisted on Chris Kunitz's goal 6:28 into the first period of Thursday night's 4-3 overtime win over the Jets.

In addition to that point, Crosby added another assist and scored the game-winner.

"It's nice to win the game when you have a memorable night like this," Crosby said. "You want to finish it the right way."

"The fact he scores the game winner is apropos, given he gets the 1,000th point in the game," Penguins coach Mike Sullivan said. "I think the sky's the limit for Sid. I think he's that good of a player."

The sellout crowd at PPG Paints Arena erupted when Kunitz pounded a feed from Crosby into the wide-open net to give Pittsburgh a 2-0 lead. Crosby saluted the crowd during the next stoppage in play. Crosby is the third Penguin to reach 1,000 points with the franchise, joining Mario Lemieux and Jaromir Jagr.

The moment is a testament not only to Crosby's brilliance but also something equally as important: longevity. It's something the two-time Stanley Cup champion, two-time Hart Trophy winner and two-time Olympic gold medalist does not take for granted.

A collision with Washington's David Steckel during the 2011 Winter Classic left Crosby concussed and brought the star's career to an abrupt halt. He missed the better part of two calendar years trying to recover, and the long days in solitude left him wondering if he'd ever return to the level that made him the face of the sport.

And Crosby wasn't the only one.

"I think there were a lot of question marks about the future and how his career would go from there,'' said Buffalo Sabres coach Dan Bylsma, who coached Crosby in Pittsburgh from 2009 to '14. "I think in pretty short order after that two-year period of time, he got back to being the player who I think has been great for all of us to see him be, which is the best player in the league. He's proven it again.''

Emphatically. When Crosby was diagnosed with another concussion last October, he pleaded patience rather than anxiousness. He sat out the first six games of the season but returned with a vengeance. He leads the league in goals and is on pace to surpass his personal best of 51 he put up in 2009-10.

"When you get major injuries like he had, to battle back, it's not easy,'' San Jose captain Joe Thornton said. "Concussions, you know, yeah, you don't know if you're going to come back or not.''

The puck from his 1,000th point will eventually end up in the hands of Crosby's father, Troy, the designated curator of his son's ever-increasing cache of memorabilia. It's a decision they made together after Crosby admittedly did little to keep track of things when he piled up achievements at a ridiculous rate when he literally was Sid the Kid.

He has become more appreciative of them as they come. Even though he's still firmly in his prime at 29, he's well aware that nothing is guaranteed.

"I understand that when you get to those numbers as you get older, only so many cracks you have at certain ones like that,'' Crosby said last week.

So Crosby will skate on, relieved that the countdown to 1,000 is over and eager to get back to his real mission: defending the Stanley Cup he led the Penguins to last June.

Crosby gets 1,000th point on Kunitz's goal in win
Sidney Crosby reaches 1,000 career points assisting on a Chris Kunitz goal in the first period against the Jets. 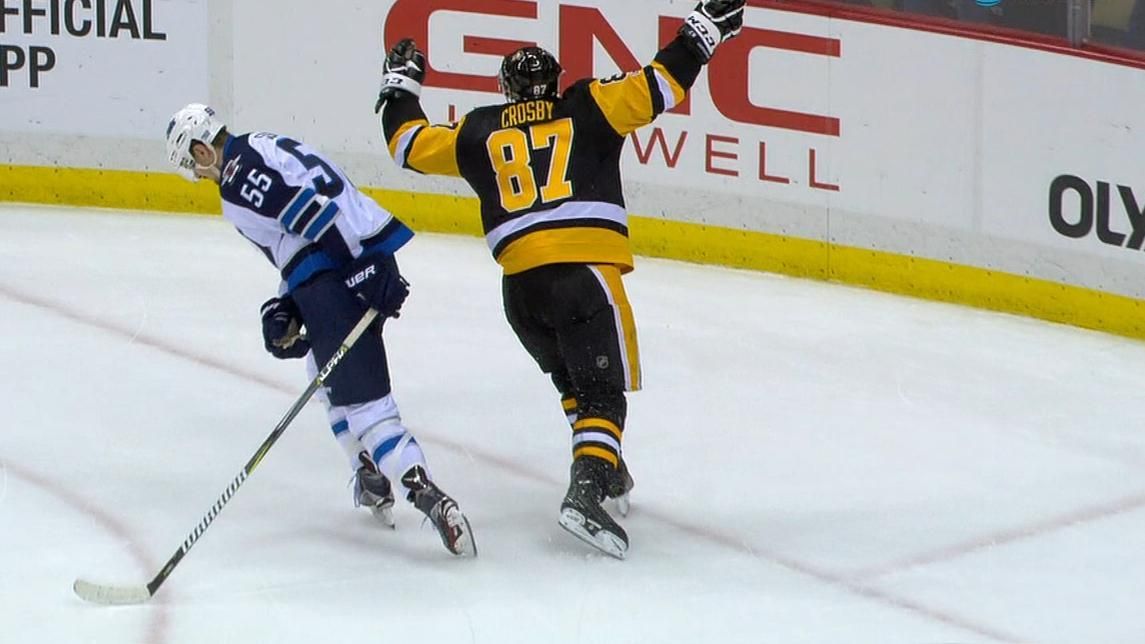