Source: Chip Kelly among 2 who meet with 49ers 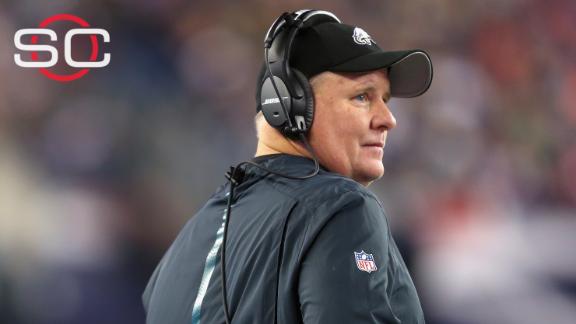 A source also told Schefter that the Niners,who are looking for a new coach for the second straight year, will meet withCleveland Brownsoffensive coordinator John DeFilippo on Friday.

Kelly was fired by the Eagles on Dec. 29 with one game remaining in the season and the team sporting a 6-9 record. Kelly, who sources indicate would like to remain in the NFL, was 26-21 in three seasons with the Eagles.

Kelly's camp had reached out to the 49ers to express interest in the job, a league source told Schefter on Monday.

Communication issues with players and management appear to have been part of the reason the Eagles fired Kelly. Owner Jeffrey Lurie has made it clear what qualities he wants the next coach to have: "Looking for somebody who interacts very well and communicates clearly with everybody he works with and comes in touch with," he said.

When the 49ers parted ways with coach Jim Harbaugh at the end of the 2014 season, clashes with management, particularly general manager Trent Baalke, were often cited for the split.