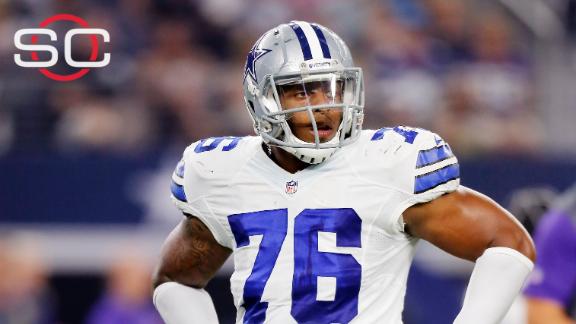 Hardy will make his Cowboys debut after serving a four-game suspension for a domestic violence case involving his former girlfriend.

Cowboys coach Jason Garrett has been impressed with Hardy's progress in practice this week, saying that he looked "comfortable."

Dallas has usedDeMarcus Lawrenceand Jeremy Mincey as its starting defensive ends so far this season. Hardy should provide a pass-rushing boost to a Cowboys defense that has recorded six sacks in the first four games.

Hardy, 27, has not played since the 2014 season opener with Carolina, where he played his first five seasons. He spent the rest of last season in limbo waiting for his domestic violence case to make its way through the legal system.

Hardy was accused of choking and pushing his ex-girlfriend and throwing her on a futon that had at least four semi-automatic rifles on it. He was convicted by a judge, but before his appeal could be heard, the charges were dropped because the victim could not be located to testify in a jury trial.

Hardy made headlines earlier this week in his first public comments since signing with Dallas by saying he hopes "to come out guns blazing" and commenting on Gisele Bundchen, the wife of Patriots quarterback Tom Brady.

ESPN.com Cowboys reporter Todd Archer and The Associated Press contributed to this report. 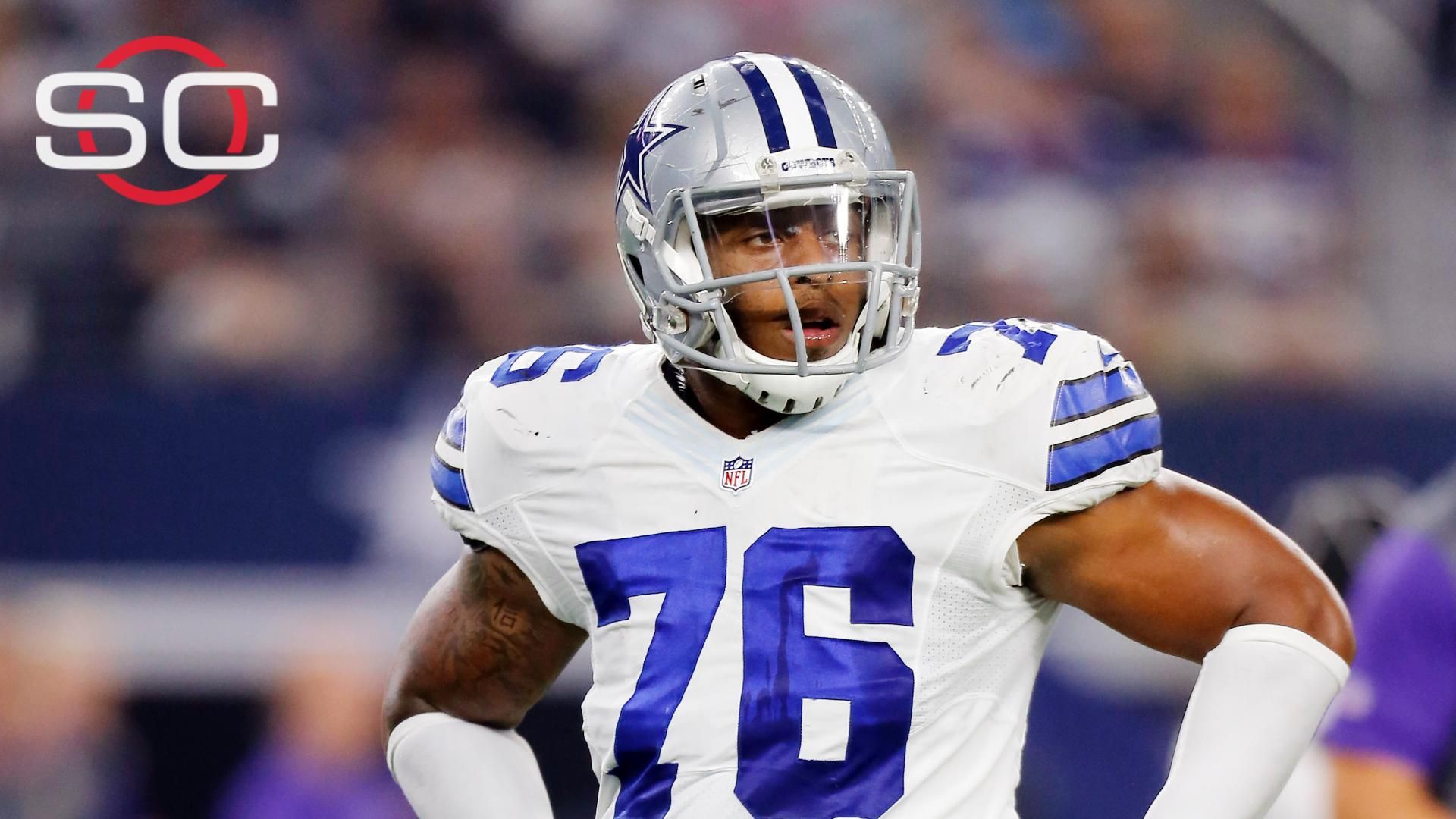