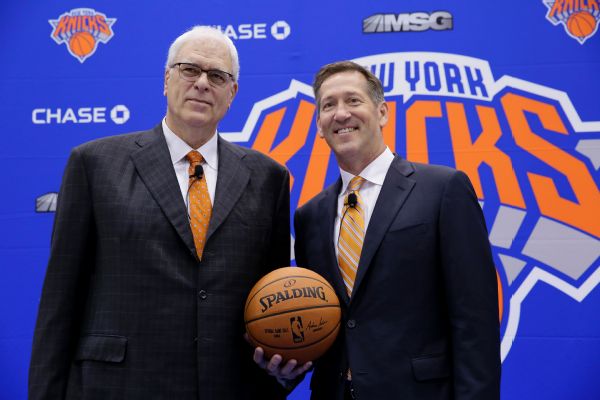 Phil Jackson hasn't been pleased with the New York Knicks' performance on offense -- particularly with the number of times the team has run the triangle offense -- during their 2-4 start, league sources told ESPN.

New Knicks coach Jeff Hornacek has tried to speed up the offense this season and hasn't run much of the triangle in the first six games. After watching the Knicks' win against the Chicago Bulls on Friday, one Eastern Conference scout said the Knicks ran something out of a triangle set only a handful of times.

Hornacek has said that he's implementing "principles of the triangle" offense into the Knicks' half-court offense. But he also wants his club to try to generate offense early in the shot clock in transition, where pick-and-roll would be employed.

Players say that they've run the triangle offense primarily after dead balls so far this season, which is much less frequently than it was run during Jackson's first two full seasons as team president.

The Knicks rank 13th in offensive efficiency thus far. A bigger issue for the club is on defense; it entered play Monday ranked last in the NBA in points allowed per 100 possessions, which is likely bothering Jackson just as much as the offense.

Jackson isn't the only member of the organization who has been upset over the triangle.

According to sources, some Knicks players have expressed their displeasure over the offense because they feel it doesn't suit their personnel, particularly point guard Derrick Rose, who has traditionally thrived when using pick-and-rolls.

During his time as Knicks president, Jackson has on occasion said he'd want his teams to run the triangle. But there have been times when he's said he just wants his team to have a system to operate out of half-court sets.

Hornacek has said that Jackson told him he'd have the freedom to tweak the offense how he saw fit, as long as he ran a system to space the floor in half-court settings.

"We talked a lot about it over the summer. Phil [Jackson's] given us the ability to run it any way we want, how we set it up," Hornacek said during training camp. "We talked what we feel is a good working way to run it with different options. We'll get to all those as the year progresses, but it should be pretty easy."

Jackson's teams in Chicago and Los Angeles, of course, won a combined 11 NBA titles while running the triangle offense. Last month, though, Jackson noted that today's players may not be suited to run that system.

"How do you teach a system that requires so many fundamental skills to players that really haven't been taught some of that basic stuff?" Jackson said on The Big Podcast with Shaquille O'Neal. "Footwork and passing and all those rudiment type of skills that are learned that have been, that have changed over a few years? It's a different game.

"I solicited Jeff because Jeff came from a system, Utah had a nice system, and he wanted to accelerate the game and play at the pace that's kind of, present ballplayers like to play at. And yet, find a way to try and incorporate [a system to space the floor in the half-court offense]. It's got to be done in a way in which it doesn't slow the game down but actually accentuates what they're trying to do." 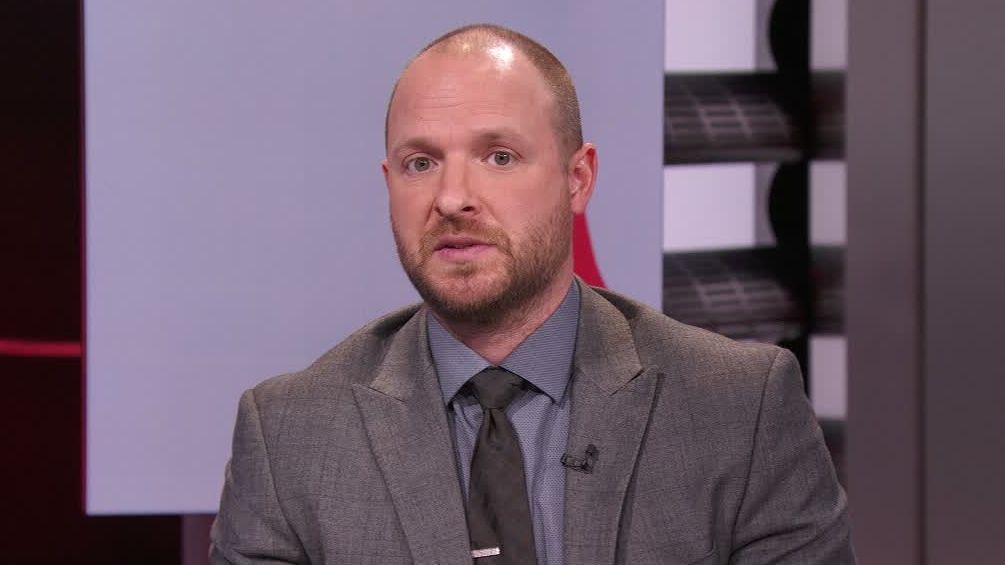