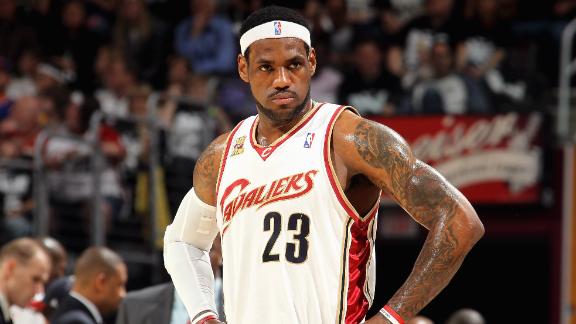 Miami Heat coach Erik Spoelstra says he has no ill will toward LeBron James.

Speaking for the first time since James announced that he would leave the Heat to return to the Cleveland Cavaliers, Spoelstra said Tuesday he was surprised by the decision but knows that nothing lasts forever in the NBA.

Spoelstra and James won two NBA titles during that four-year run. Spoelstra said he was happy with the time they spent together but acknowledged that James' choice to return home to Ohio and rejoin the Cavaliers was best for the player.

"This league does teach you that it's inevitable that there's constant change, and you always have to continue to embrace change, adapt with change," Spoelstra told reporters. "This is a big, monumental change that we didn't necessarily anticipate, but you have to respect it because when you're a free agent in this league, you have the right to make a decision that's best for you and your family. When he made that decision that was best for his family, where his heart is, all you can do from our side is respond with respect and love."

James attempted to squash any talk of a rift between him and the coach, saying in his essay to SI.com last week: "I'm doing this essay because I want an opportunity to explain myself uninterrupted. I don't want anyone thinking: He and Erik Spoelstra didn't get along. ... He and Riles [Heat president Pat Riley] didn't get along. ... The Heat couldn't put the right team together. That's absolutely not true."

And although he hasn't talked to James since his decision, he said the two plan to get together when the free-agency frenzy settles.

The Motive Behind LeBron's Deal
Brian Windhorst says LeBron James is tired of being underpaid and is launching a mission to correct it.