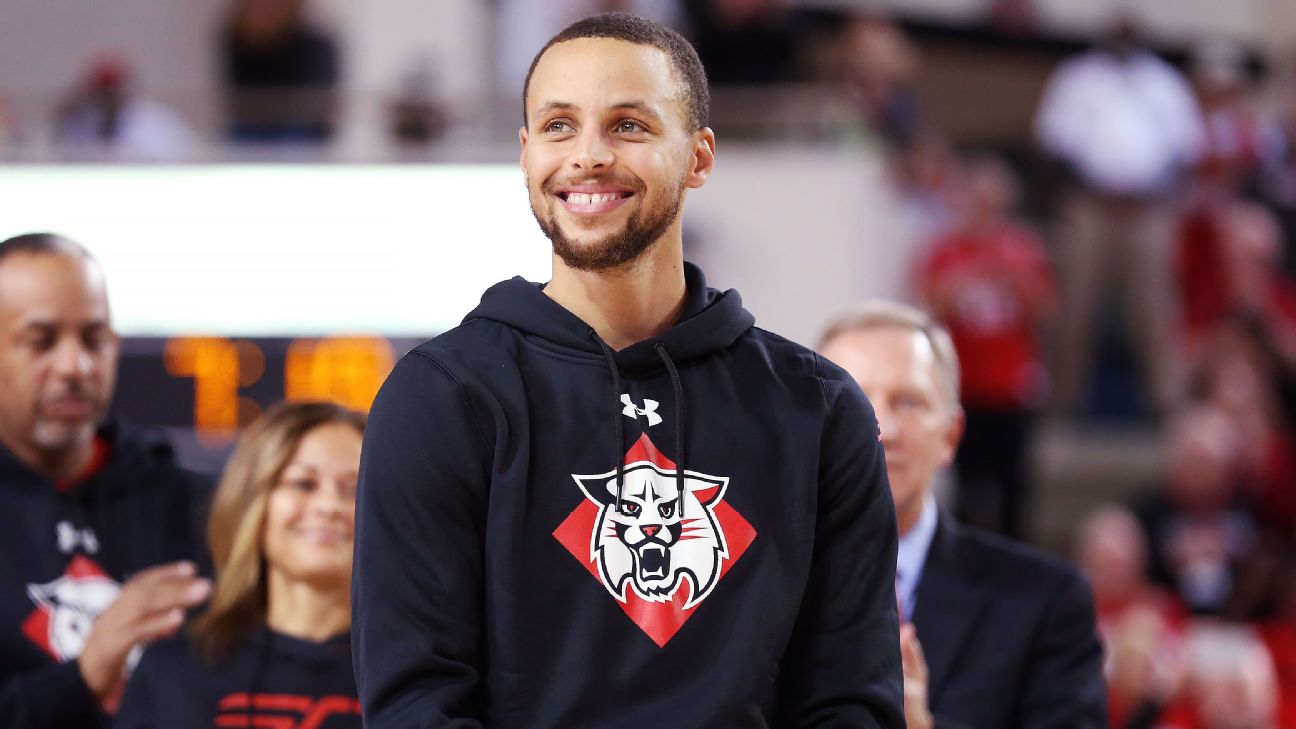 Some things are, in fact, worth the wait. After 13 seasons in the NBA,Stephen Curry earned a Bachelor of Arts degree with a major in sociology from Davidson Collegeon Sunday.


According to Davidson's Twitter account, Curry was one semester of credits shy of earning his degree before reenrolling for the spring semester to work with "two members of the Davidson faculty, a Stanford University professor and a UC Santa Cruz professor who taught Stephen when both were at Davidson."

WhiletheGolden State Warriorsstar couldn't be there in person to receive his diploma, what with his team trying to win another championship and all, his former coach,Bob McKillop, and the newest class of Wildcats men's basketball graduates made sure Curry's presence was felt with the help of a tasteful cardboard cutout.

The 34-year-old's latest résumé booster got us thinking of other athletes who went to great lengths to earn their degrees at the college ranks:

Seven years after leaving Florida State University for the NFL, Jameis Winston is a college graduate. TheNew Orleans SaintsQB and Seminoles legend walked across the stage with his peers on April 30 to receive a diploma for his Bachelors of Science in Sociology degree. In 2017, during an appearance at Melrose Elementary in St. Petersburg, Florida, Winston shed light on his academic journey. "I'm taking classes right now," he told the students. "I'm focusing on graduating college. That's a big accomplishment. I've got to get my mama that degree. How many of you are going to get your mama that degree?"

If you thought Aaron Donald peaked when he earned a 99 rating in Madden, think again. Before claiming the title of Super Bowl champion, theLos Angeles Ramssuperstar, three-time NFL Defensive Player of the Year and eight-time Pro Bowler added college graduate of the University of Pittsburgh to his stacked résumé in April 2020.Donald, who finished his football career at Pitt in 2013 and was a first-round pick in the 2014 NFL draft, committed to finishing school and earning a degree in communication.

Celebrated NFL safety Troy Polamalu began studying at the University of Southern California in 1999. He was just shy of finishing his degree in history when he was he was drafted by thePittsburgh Steelersin 2003. At age 30, Polamalu used the NFL lockout as an opportunity to complete a long-term goal. After graduating in 2011, the eight-time Pro Bowler wrote on his website, "I decided to finish what I started and walked that stage today not only because it was very important to me personally, but because I want to emphasize the importance of education, and that nothing should supersede it."

In May 2016,Toronto Blue Jaysright-hander Marcus Stroman was absent during an infamous bench-clearing brawl between his team and theTexas Rangersbecause he had a more pressing matter to attend to: graduating from Duke University. Stroman finished the work required for his sociology degree while rehabbing from an ACL tear. "I never thought I'd say I was thankful for tearing my ACL, but I am, because I grew so much as an individual. I was able to get my degree and I got stronger mentally, physically, through it all. I'm in a great position now, and that has a large part to do with the summer I had at Duke University," he said.

Nothing said Class of 2020 like a surprise virtual graduation ceremony. WhenDetroit Pistonsguard Jordan Bonewent on SportsCenter for the "Feel Good Friday" segment, it was under the guise that he was getting some recognition for his Mother's Day surprise -- The former Vols star finished his college degree in secret over the past year and surprised his mom, Karen, with the news on Mother's Day. Instead, he ended up graduating from the University of Tennessee on-air.

Cam Newton made a promise to his mom, Jackie, that he would graduate from college, even before he arrived to lead theAuburn Tigersto a national title in 2010. The Heisman Trophy winner stayed true to his word. Newton graduated in 2015, though he didn't walk across the stage, citing a desire to keep the focus on the other graduates. "I want to own my own day care center," the 2015 NFL MVP said of the importance of his degree at the time. "I think sociology has done so much great for me in understanding people and different attitudes, the study of people, and hopefully that will pay dividends in the long run."

Venus Williams, tennis star and overachiever. In 2007, Williams earned an associate degree from the Art Institute of Fort Lauderdale. In 2015, she also earned abachelor's degree in business administrationfrom Indiana University East. Williams completed her coursework online and was able make a pit stop at the campus to pick up her diploma as she traveled to play at the Western Southern Open.

Shaq left college early to pursue his NBA career.Eight years later, the Big Aristotle graduated with a bachelor's degree from LSU. Phil Jackson and theLos Angeles Lakersallowed O'Neal to miss a game so he could receive his diploma. University chancellor Mark A. Emmert said at the time, I'd like to thank Mr. O'Neal for dramatically increasing the starting salary of this graduating class. Chancellor's got jokes. In 2012, Shaq earned adoctorate in education from Barry University, and Dr. O'Neal was added to his long list of nicknames.

The GOAT never slept on the importance of education. Michael Jordan studied in Chapel Hill before he was drafted by the Chicago Bulls in 1984. Despite his legendary success in the NBA, Jordanwent back to UNCto finish his bachelor's degree in geography. "My father used to say that it's never too late to do anything you wanted to do," he toldThe New York Times. "And he said, 'You never know what you can accomplish until you try.'"

That's Michelle Kwan, master of international relations, to you. The two-time Olympic medalist and five-time world champion took her first college classes at UCLA in fall 1999 before leaving to focus on her figure skating career. In 2009, Kwan graduated from the University of Denver with a bachelor's degree in international studies. The beloved Team USA icon continued her education by earning a master's degree in international relations from Tufts University's Fletcher School of Law and Diplomacy in 2011.

May 20, 2001, was an equally joyous and disastrous day for Vince Carter. It started off with Carter fulfilling a promise to his mom and accepting his college diploma at the University of North Carolina. It ended with him missing a potential game winner in Game 7 ofthe Eastern Conference semifinals in Philadelphia. When the76erseliminated hisToronto Raptors, fans were quick to question (read: criticize relentlessly) Vinsanity's decision. 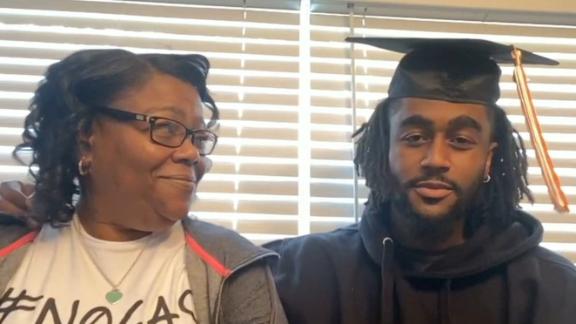