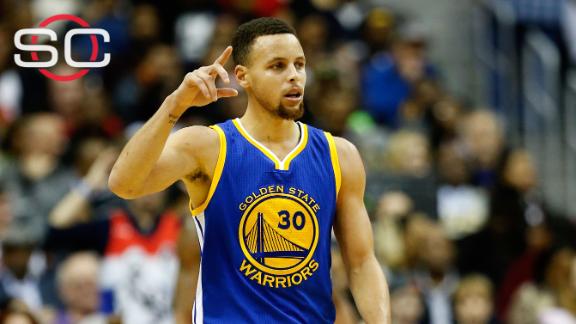 Curry, 28, swept all 131 first-place votes, including 130 from a panel of sportswriters and broadcasters and one from the Kia MVP fan vote.San Antonio Spurs forward Kawhi Leonard was second in the voting, followed by Cleveland Cavaliers forward LeBron James.

"I never really set out to change the game. I never thought that would happen in my career," Curry said Tuesday as he accepted the trophy during a news conference in Oakland, California. "What I wanted to do was be myself. ... I know it inspires the next generation. You can work every day to get better."

The Warriors returned home after Monday's Game 4 win in Portland, in which Curry had 40 points, including 17 in overtime.

"He wants it," coach Steve Kerr said. "There's no ulterior motive. He's constantly trying to improve with no agenda. ... This is incredibly improbable. But there's a reason this is happening."

Curry had been an overwhelming favorite to repeat as league MVP since the Warriors' record-setting 24-0 start to the season, which broke the previous record for best start to a season by nine wins. He also led the Warriors to a 73-9 mark, eclipsing the 1995-96 Chicago Bulls' 72-10 record as the winningest regular season in NBA history.

Shaquille O'Neal and James fell one vote shy of unanimous selection in 2000 and 2013, respectively. Curry joins Tom Brady (2010 NFL MVP) and Wayne Gretzky (1982 Hart Trophy winner) as the only unanimous MVPs in their respective leagues. There have been 17 unanimous MVPs in MLB history, most recentlyBryce Harper, whowas NL MVP last season.

Curry is the first player in league history at any position to average 30 points per game in less than 35 minutes per game over a full season. He is the first two-time MVP in franchise history, and Wilt Chamberlain (1959-60) is the only other Warriors winner.

"You make going to work every day, for me, a true joy," Warriors general manager Bob Myers said to Curry. "It's very hard not to like you. I find it impossible. ... We should all appreciate this, appreciate this time, appreciate this moment, because life is happening fast."

Curry made 402 3-pointers, shattering his single-season NBA record of 286, which he set last season. He also joined Steve Nash and his coach, Steve Kerr, as the only players in league history to shoot at least 50 percent from the floor, 45 percent from 3-point range and 90 percent from the line in a season.

"They're going to have more of a spotlight, and people are going to ask questions about whoever it is," Curry said about the scrutiny of being MVP. "When there are legends and people that I looked up to as a player -- as a young kid, as a basketball player -- Hall of Famers and guys that talk about our team, it means that obviously we're doing something good, so we keep doing it. I take it with a grain of salt."

Curry is the 11th player to win back-to-back MVP awards in the NBA's 70-season existence. James was the last to achieve that feat, with the Miami Heat in 2012 and 2013.

"He is such a dominant player and so much fun to watch," Brady said. "I grew up loving the Warriors and can't believe they are achieving the type of success now that they never did in the past. Steph is a huge part of that and I love how (Warriors executive) Jerry West helped build the team. I am a big fan of his also." 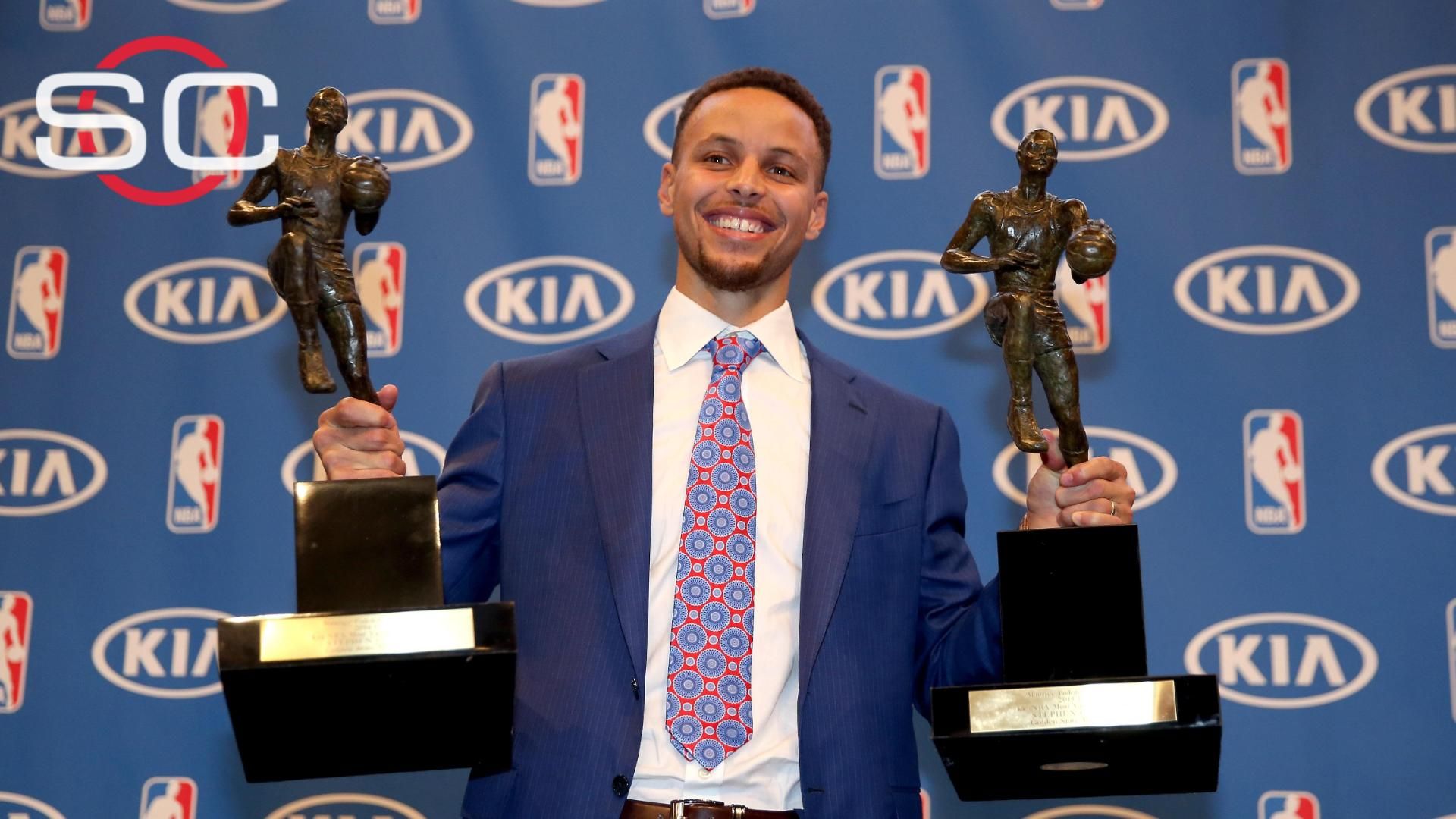 Curry: 'I hadn't reached my full potential'
Steph Curry sits down with Marc Stein after winning the NBA Most Valuable Player award for the second straight year. He breaks down why last season wasn't enough for him. 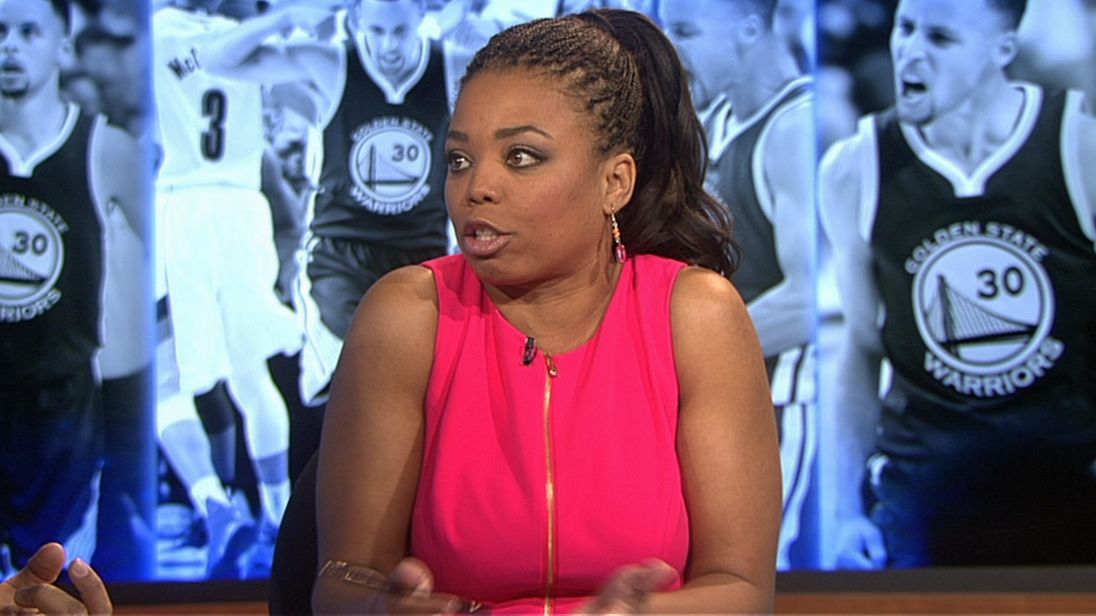