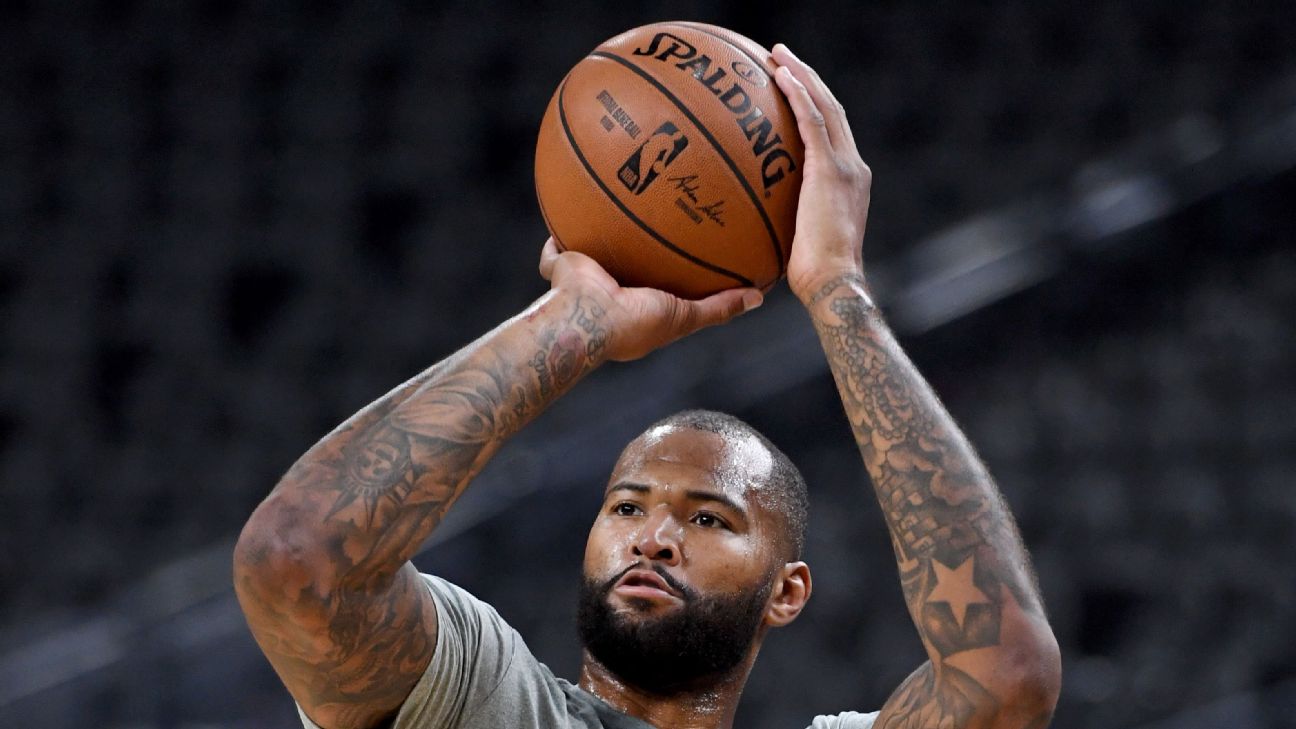 OAKLAND, Calif. -- Golden State Warriors big man DeMarcus Cousins is starting to participate in more group aspects of practice as he continues his recovery from a torn left Achilles, but he still has "a ways to go" before he plays in games again, according to head coach Steve Kerr.

"Conditioning-wise he's still got a ways to go," Kerr said after Thursday's practice. "I love how far he's come, but I don't want people to get the idea that he's getting close to coming back. It's still going to be some time. It's a totally different deal playing in an NBA game and playing against [assistant coaches] Willie [Green] and Chris DeMarco."

Kerr drew some chuckles regarding the personnel Cousins has been getting some run against after practices, given that many of the participants are assistant coaches. It's also tough for Cousins to get 5-on-5 work in because the Warriors don't do a lot of 5-on-5 scrimmages throughout the season.

"I know he's just eager to go out there and play," Warriors superstar Stephen Curry said. "We all know he's just chirping at the bit. I feel like what he's been able to do in practice hasn't been substantial, but I think he's playing [in] live action [situations] and ramping it up so I don't know how long it's going to take for him to take the next steps and whatnot but just having him out there, having him be part of practice is huge for us and huge for his morale I'm sure. And it's another step in the right direction."

Kerr reiterated that the Warriors will be patient as Cousins makes his way back and have not set a specific target date for his return. Kerr said they just want him and the rest of his teammates to focus on the task at hand: trying to win another title.

"We made no bones about it when we signed him," Kerr said. "It's a one-year deal. We're not going to have money to sign him next year, he knows that. So we'd like him to help us win a championship. We'd like to be able to help him get a great contract next year somewhere else. That's the reality. So the best way to do that is to play really well and enjoy this season and everybody do the best we can and have fun with it."