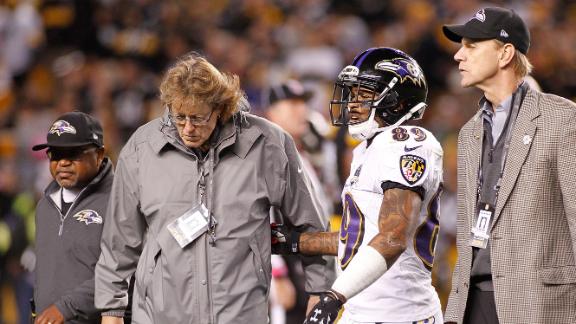 PITTSBURGH -- Baltimore Ravens wide receiver Steve Smith Sr. was angry after Thursday night's game, accusing Pittsburgh Steelers safety and former teammate Mike Mitchell of spearing him in his lower back and saying Mitchell is on his "lifetime hit list."

However, a replay showed inside linebacker Lawrence Timmons hit Smith in the lower back with his helmet. Mitchell was not involved in the play late in the third quarter.

Smith suffered a lower back contusion on the hit and was unable to play the rest of the game. Despite losing Smith, the Ravens pulled out a 23-20 overtime win over Pittsburgh for the team's first victory of the season.

"I got speared in my back by an ex-teammate," said Smith, who played with Mitchell for Carolina in the 2013 season. "I kinda know his character and who he is. After he hit me, he said, 'How do you like that?'"

Smith added, "The best thing I could do without threatening him and saying, 'I will assault him when I see him' is I will say, 'I look forward to playing him again, and he's on my lifetime hit list.'"

The Ravens and Steelers play again Dec. 27 in Baltimore.

After taking the hit, Smith walked a few steps back to the huddle and dropped to the ground. He walked gingerly to the sideline after being looked at by trainers.

Smith, who announced during training camp that he will retire at the end of the season, is the Ravens' leading receiver. He had four catches for 24 yards before getting injured.

Smith declined to discuss his availability for the Ravens' next game, on Oct. 11 against the Browns.

Fellow Ravens receiver Michael Campanaro also left the game after suffering an undisclosed injury in the fourth quarter. He was carted to the locker room and was in a wheelchair on his way to the team bus after the game, according to Comcast SportsNet. 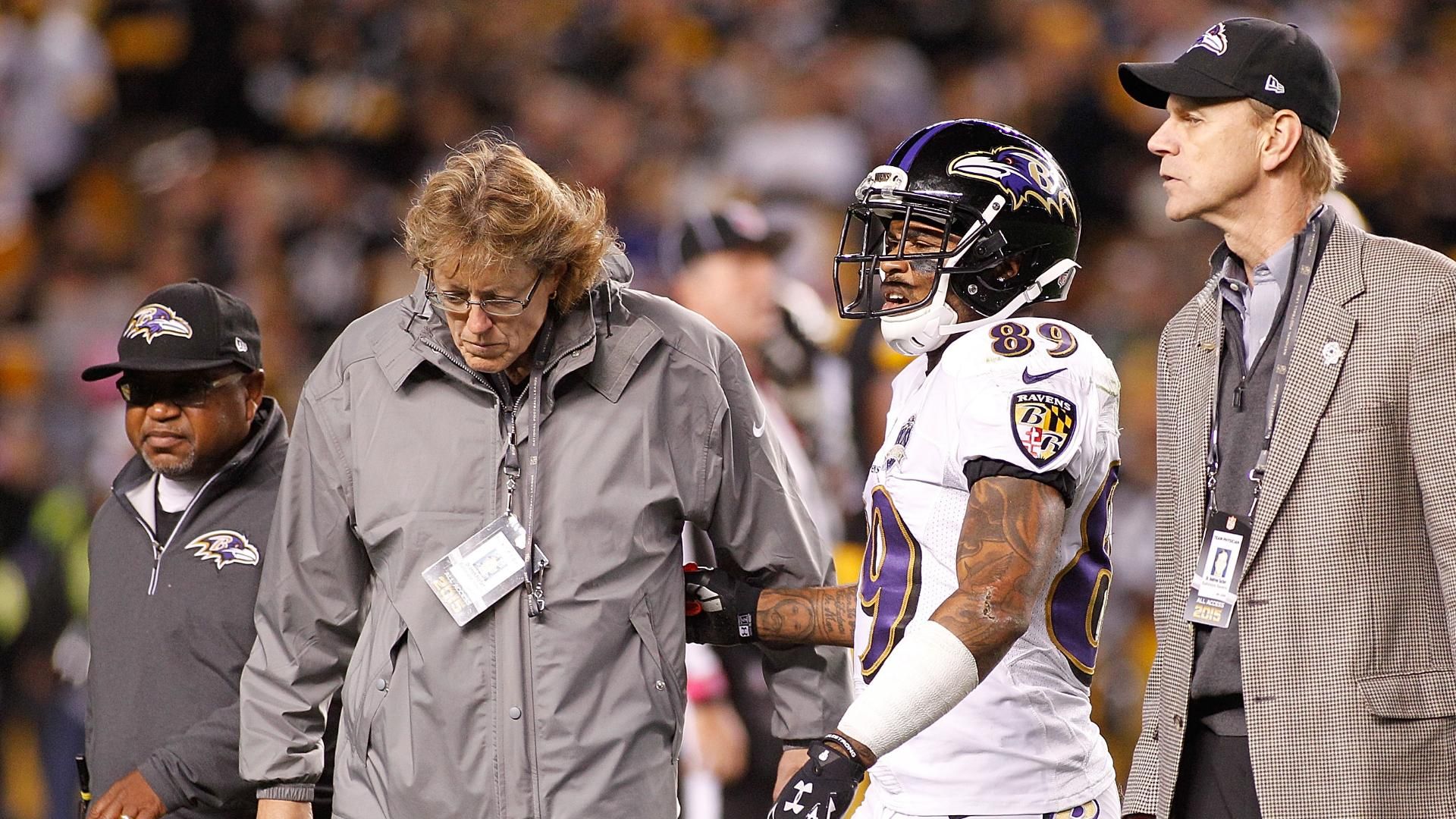