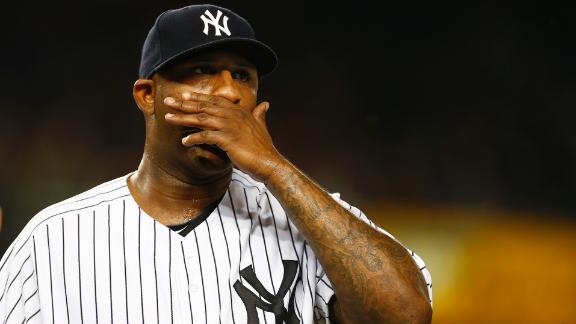 NEW YORK -- The news that CC Sabathia had checked himself into a rehabilitation facility for alcohol abuse came as a shock to many, but there were subtle warning signs that the New York Yankees pitcher's drinking may have been reaching a crisis point last weekend in Baltimore.

After the Yankees' game with the Baltimore Orioles was rained out on Friday afternoon, Sabathia was seen by reporters walking unsteadily as he left the Yankees' clubhouse. The normally affable pitcher also failed to respond to the greetings of reporters who have known him for a long time.

A short time later, an onlooker noticed Sabathia offering a paper cup containing a brown liquid to a teammate who was finishing up a workout, urging the teammate to "take a sip." The teammate refused, saying he still had some running to do. Sabathia was then ushered out of the building and into a waiting cab by a third teammate.

The scene came the day after a raucous clubhouse celebration at Yankee Stadium, where the Yankees toasted their clinching of a playoff spot with a win over the Boston Red Sox. A clip of a postgame TV interview with backup catcher John Ryan Murphy exclaiming, "I think everybody is on the same page, and the page is drinking" quickly went viral.

Earlier this season, Sabathia was involved in an incident outside a nightclub in Toronto in which he nearly got into a brawl with some heckling fans, and paparazzi took a photograph of Sabathia on a hotel balcony in Atlanta smoking what a tabloid speculated could have been a joint. Sabathia said it was a cigar.

The New York Post reported on Monday that Sabathia was on "a week-long bender" leading up to the weekend in Baltimore, and drank heavily throughout the weekend. Yankees GM Brian Cashman denied a report by the Post that Sabathia "arranged for the magnums of champagne" that were guzzled in the clubhouse celebration and that he had provided the commemorative wine bottles that were given to each Yankee before the September ceremony honoring Alex Rodriguez's 3,000th hit.

The Yankees normally do not allow alcohol in the clubhouse at Yankee Stadium, nor on flights back to New York due to the danger of players driving home intoxicated. They do, however, permit beer and wine in the visiting clubhouse and on flights to away games since players will be transported to the team hotel on a bus.

Both Cashman and manager Joe Girardi described themselves as "shocked" when Sabathia came forward before Sunday's season finale at Camden Yards and asked for help with his alcohol problem.

Asked whether there was any one incident that triggered Sabathia's decision, Cashman said: "I would say no. I'm not going to get into detail other than to say yesterday I got a phone call."

"CC has demonstrated a great deal of courage in trying to tackle this problem," Cashman said. "Time and place have no bearing. There is something here that needs to be taken care of, and I applaud him." 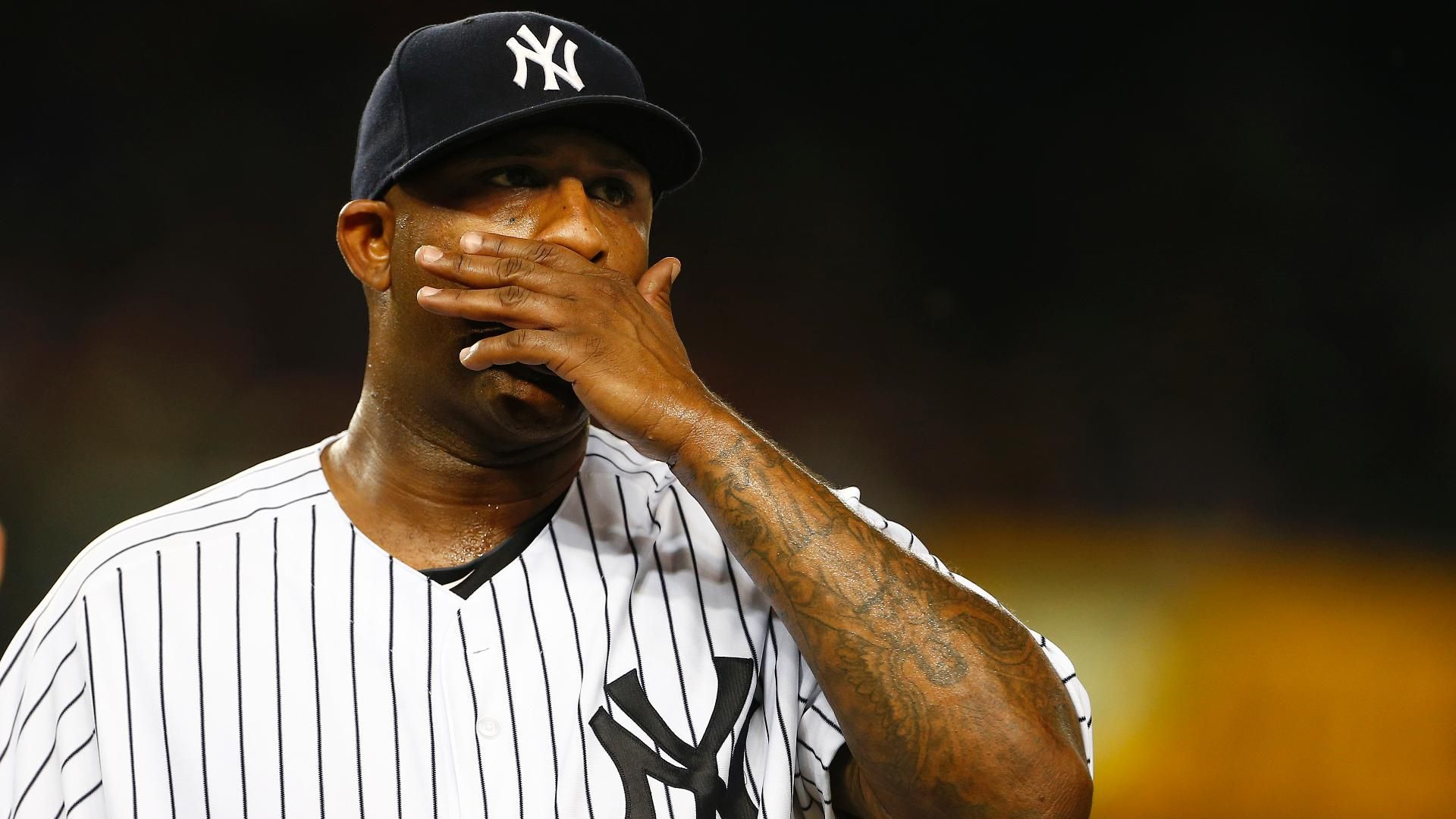