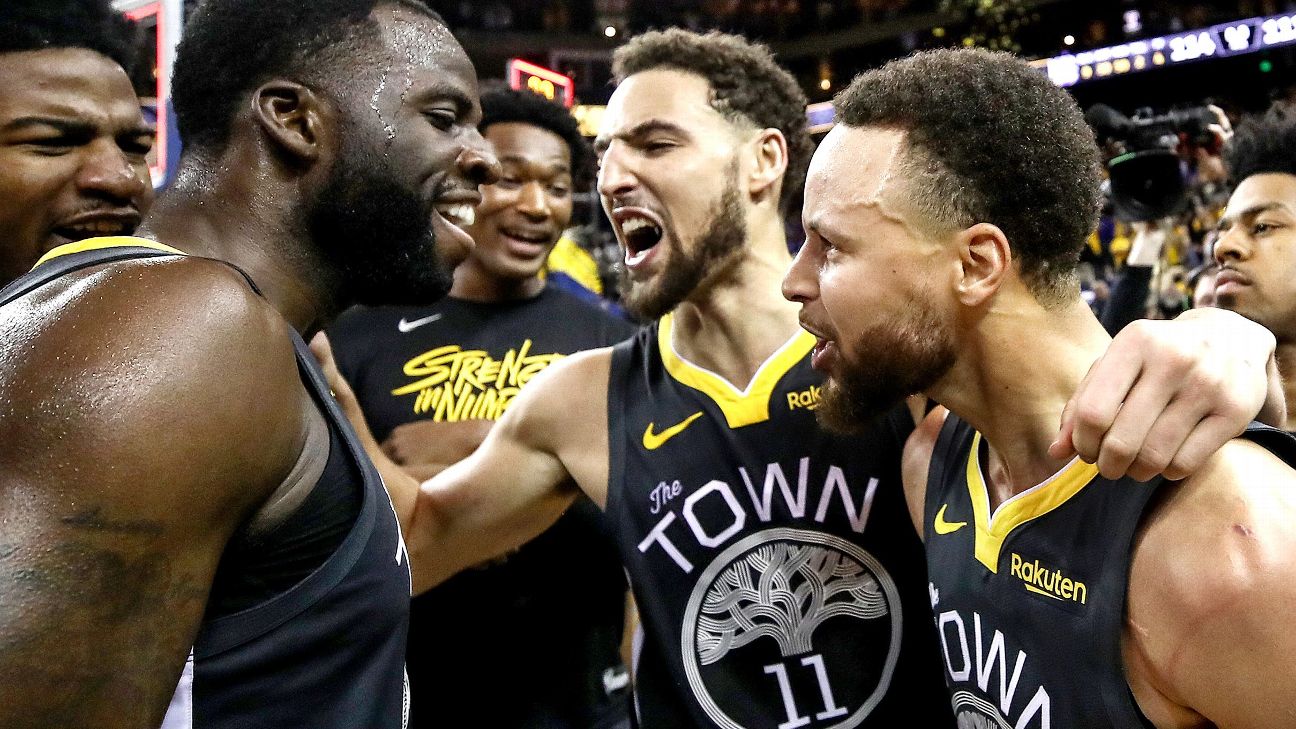 OAKLAND, Calif. -- Klay Thompson found out he hadn't been selected to an All-NBA team while he was being interviewed by reporters Thursday, and the shock on the face of the Golden State Warriors' normally unflappable swingman told the story.

In addition to the sting of the snub, Thompson will not be eligible this summer to sign a five-year supermax contract worth $221 million. He will instead be eligible for a five-year max deal worth $191 million with the Warriors once he becomes a free agent on July 1.

"I didn't? It already came out?" Thompson said after Thursday's practice, before being told that he just missed being selected for the third team. "I mean, that's cool and all, but like when you go to five straight Finals -- I respect those guys, but when you go to five straight, it takes more than just a couple All-NBA guys. It's like an all-time team, but whatever. I'd rather win a championship than be third-team All-NBA, so it's all good."

Both Thompson and the Warriors have said throughout the season that they were hopeful about getting a new deal done after the season. Warriors owner Joe Lacob recently told ESPN that he hoped Thompson and Warriors guard Stephen Curry would be with the organization "forever."

The All-NBA teams are selected by a panel of media members, who select two guards, two forwards and one center for each of the first, second and third teams.

"It is what it is," Thompson said, when asked if he disliked the fact that All-NBA voting weighs so heavily on potential extra money in contracts. "I can't control it. Do I think there's that many guards better than me in the league? No. But that's the reason we're still playing, so I don't even want to get into it honestly."

The easygoing Thompson relayed a confident answer when asked how he's able to let the contract implications roll off his back so easily.

Thompson's teammateDraymond Greenoffered more pointed commentary regarding how the votes played out. Asked about Thompson making the NBA's All-Defensive second team, Green was quick with a response.

"He should have been first [team]," Green said.

Green, who also made the All-Defensive second team, was asked for his own reaction about making that team.

"It's a pretty cool second team to be on," Green said. "There's some damn good defenders on that second team."

Is the second team better than the first team?

"I ain't going to say that," Green said. "But that lineup looked good on that second team, so it's all good." 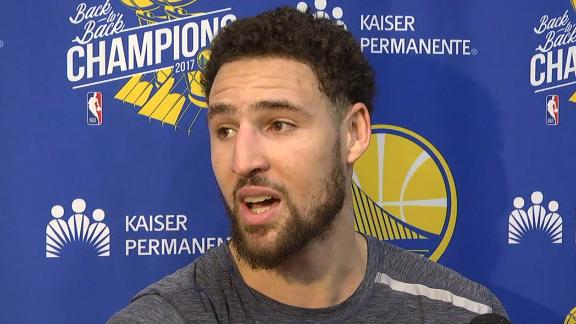 Klay: There aren't many guards better than me
Klay Thompson reacts to not being selected to an All-NBA team by saying he'd rather win a championship.
Report a correction or typo
Related topics:
sportsespnklay thompsongolden state warriorsnba
Copyright © 2021 ESPN Internet Ventures. All rights reserved.
More Videos
From CNN Newsource affiliates
TOP STORIES