Tom Brady's play impresses in first game back from suspension 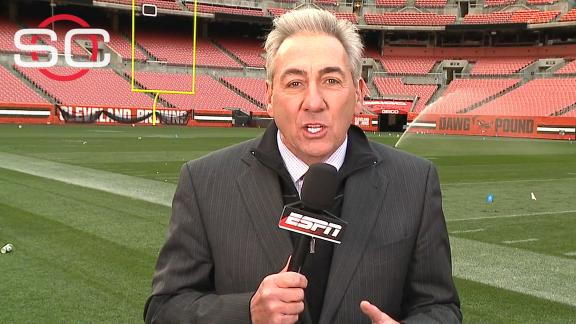 CLEVELAND -- New England Patriots quarterback Tom Brady was in midseason form in Sunday's 33-13 victory over the Cleveland Browns at FirstEnergy Stadium, as he returned to action with a decisive performance after serving a four-game suspension to open the season as part of the NFL's Deflategate punishment.

After going 28-of-40 for 406 yards with three touchdowns, Brady said he wasn't looking back at Deflategate and appreciated the chance to "be back doing what I love to do."

It particularly showed late in the third quarter after he ran 4 yards to the right sideline to convert a first down, then sprang to his feet to give a deliberate first-down signal in which he brought his right arm high into the air in front of him while his left hand rested on his right shoulder.

Brady also said that after returning to the team for the first time late Monday afternoon, "it felt very much like a normal week once I got into it."

By Sunday, he looked calm and focused upon arriving at the stadium at 9:45 a.m. and heading directly to the team's locker room. At 10:13 a.m., he made his way onto the field for the first time, wearing a red hoodie as he assessed the conditions and venue before walking off at 10:17.

By the time he returned to the field shortly after noon, a sizable Patriots contingent greeted his presence with a rousing cheer that almost made it feel like a home game. Brady, as is his routine, ran to the opposite end zone and thrust his right fist into the air in a show of excitement.

He then carried his fire into the game, leading the Patriots to touchdowns on their first three drives.

Veteran tight end Martellus Bennett, who caught all three of Brady's touchdown passes, joked that all it took was a little WD-40 to get the rust off Brady, but Brady felt differently.

"I think there was plenty of rust out there. I could do better in a lot of areas," he said. "We have a long road ahead, and we're going to try to keep building. ... 4-1 is a pretty good place to be right now."

Asked if saw any rust from Brady, tight end Rob Gronkowski turned the question around on a reporter and said, "Did you?"

"Me neither," Gronkowski then said, laughing, after relaying that it was "super great" to have Brady back in the huddle.

"He came out on fire," Gronkowski said.

After one of his touchdown catches, the sizable Patriots contingent began chanting "Brady! Brady! Brady!" The cheers picked up again when Brady was sent out to the offensive huddle with 6:02 remaining in regulation, then pulled in favor of Jimmy Garoppolo, with Bill Belichick seemingly doing it that way so Brady could be recognized.

"It was pretty awesome," Brady said of the support, which included numerous signs that hung over the front row of the stadium in the pregame.

"We have amazing fans. They showed up today. It was great to hear them."

As for Brady's feelings about finally having Deflategate behind him, he deflected the topic.

"I was just thinking about today and what I had to do, just try to focus on what my job is," he said. "This isn't a time for me to reflect. ... It was fun to come out and play, and it was fun to win. I think that's the most important thing."

Brady's return capped off with 3 touchdowns to Bennett
Patriots TE Martellus Bennett made sure to make QB Tom Brady's return as successful as possible by being the recipient of his three touchdown passes in New England's 33-13 win over the Browns.

Brady says first game 'felt like a normal week'
Patriots QB Tom Brady and coach Bill Belichick weigh in on Brady's return to game action and how they feel the team played in their 33-13 victory over the Browns. 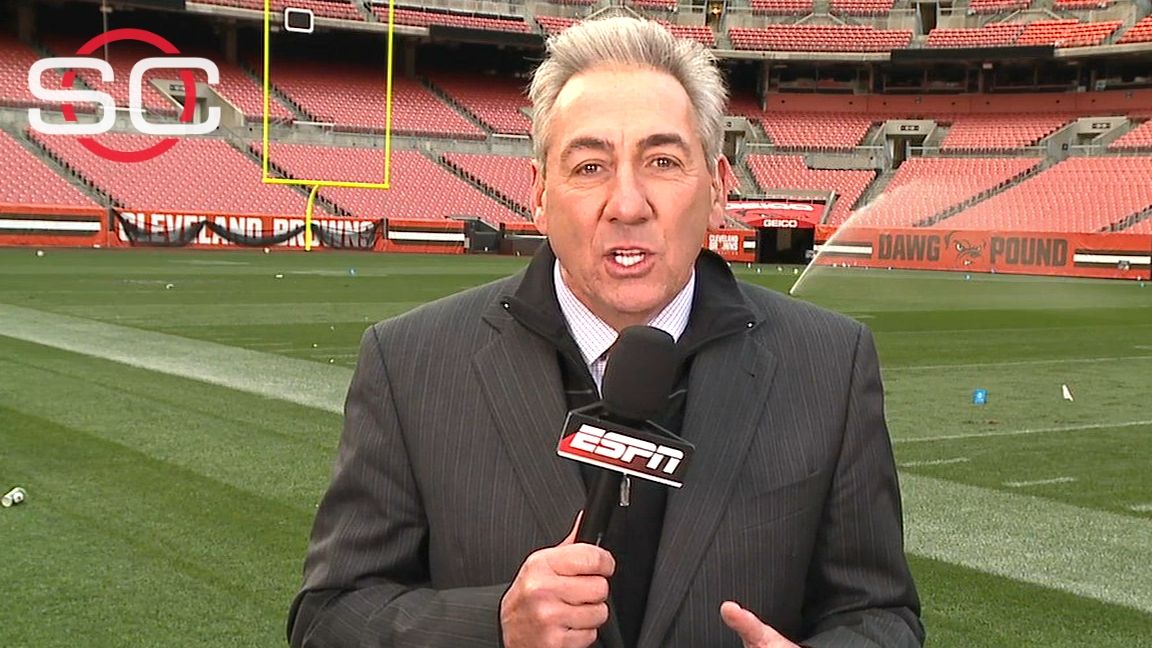