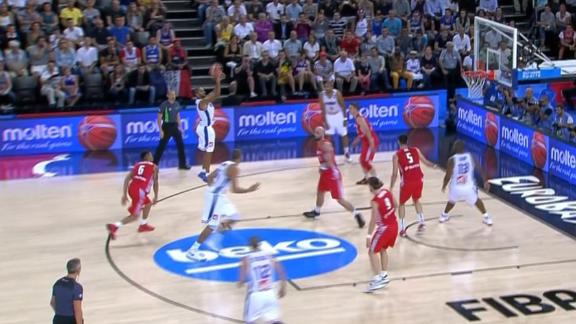 ESPN
Tony Parker became the all-time leading scorer in European championship history when he made France's first basket in the game against Poland on Monday.

Parker hit a jumper with 6:34 remaining in the first quarter to make it 2-2 in Montpellier, France.

That gave the San Antonio Spurs guard a total of 1,032 points, two more than former Greece star Nikos Galis. Parker tied the total in France's 81-54 win over Bosnia-Herzegovina on Sunday.

Parker has previously played 61 games in eight separate European championships and averaged 17 points in his opening two games in this tournament. Parker led France to its first title two years ago.

Galis was on the Greek side that won the European title in 1987 and played in 33 European Championship games during his career.