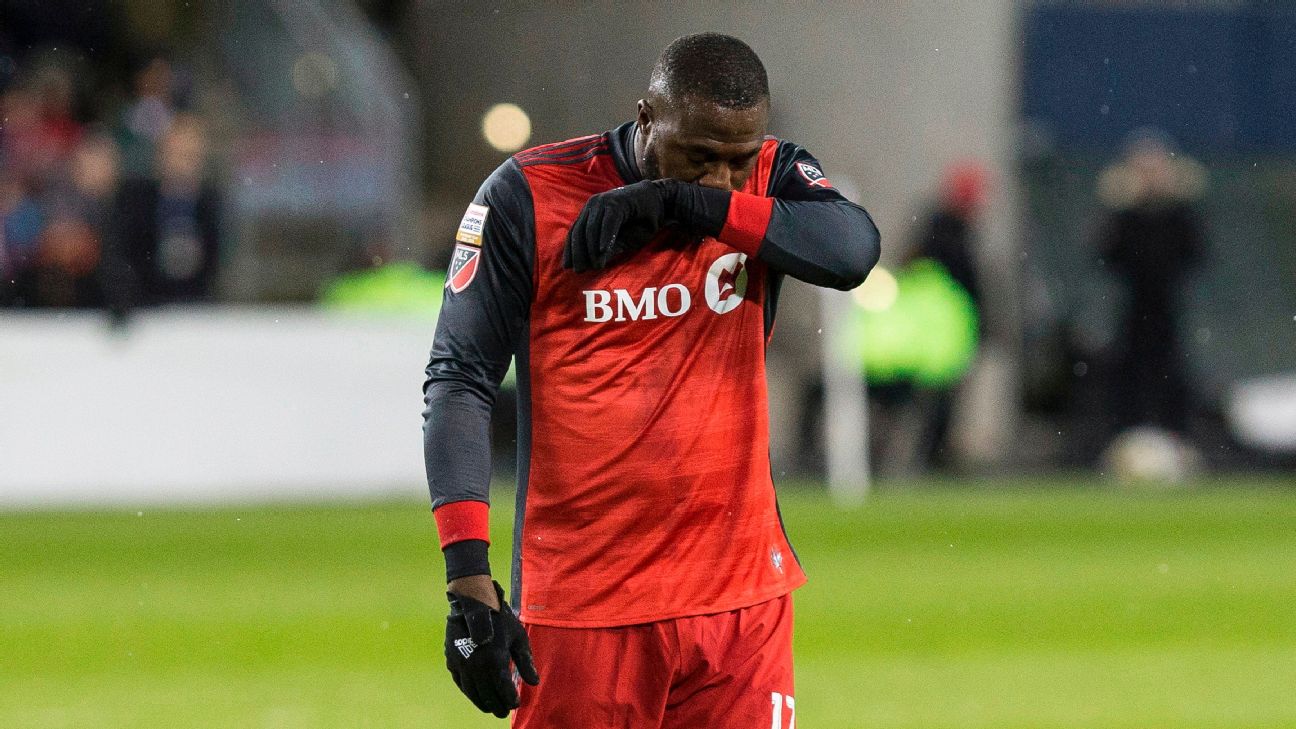 Altidore was sent off for kicking NYCFC defender Alexander Callens in the ninth minute of the game, which NYCFC went on to win 3-2.

The U.S. international had already served his automatic one-game ban last Saturday in the 1-1 draw with the San Jose Earthquakes, and will now miss this weekend's game against the Montreal Impact. MLS also issued an undisclosed fine.

Toronto FC is facing an uphill battle to make the playoffs after winning MLS Cup a year ago, and after the play, Toronto coach Greg Vanney was critical of Altidore.

"We don't have time for things that don't matter. It's about points," Vanney said after the NYCFC game. "These things are so irrelevant."

Altidore has only played in seven MLS games this year while dealing with a hamstring injury. A source told ESPN FC last week that the 28-year-old has drawn the attention of a French club over a potential transfer.

Meanwhile, MLS also suspended and fined the Earthquakes' Shea Salinas for Saturday's game against Vancouver after his red card on Aug. 11 against Colorado. Salinas hit Dillion Serna in the face with his elbow.