Tyson: Jamie Foxx to star as me 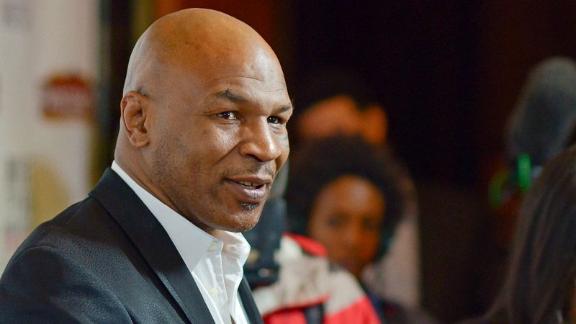 Mike Tyson says Oscar-winning actor Jamie Foxx has agreed to portray him in a movie they're planning to start within a year to 18 months.

In an interview with IGN Entertainment, the former heavyweight champion said the face of Foxx, who is 46, will be manipulated using CGI animation technology for scenes in which Tyson, 48, was a younger man.

According to Variety magazine, the movie is in development under Foxx manager Rick Yorn, who will produce the film.

Terence Winter, whose screenplay credits include "The Wolf of Wall Street" and episodes of "The Sopranos" and "Boardwalk Empire," will write the script, Variety reported, citing anonymous sources.

Foxx, who won an Oscar for his 2004 portrayal of Ray Charles, is no stranger to sports movies.

For Tyson, the movie would follow other recent efforts that have told his life story.

An autobiography titled "Undisputed Truth" was released late last year, and he appeared in August 2012 for a limited run on Broadway in a one-man show directed by Spike Lee.