Tyson to present Holyfield at Hall 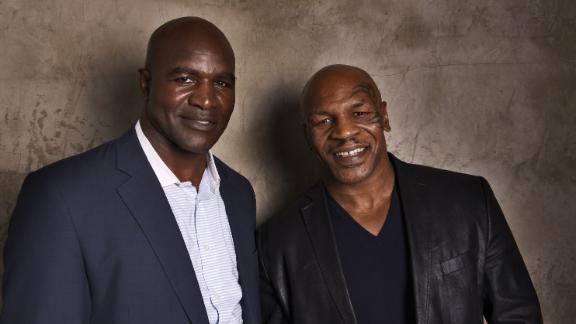 Former heavyweight champions Mike Tyson and Evander Holyfield have come a long way since 1997, when Tyson bit off a piece of Holyfield's ear in the third round and was disqualified in their infamous championship rematch.

Over the years, they have put their ill feelings for each other to bed and even appeared in a recent television commercial spoofing the biting incident.

Tyson and Holyfield will be together again when Tyson serves as presenter for Holyfield's induction into the Nevada Boxing Hall of Fame on Aug. 9 at the Tropicana in Las Vegas.

Tyson, who will hand Holyfield his Hall of Fame trophy, called the opportunity to present Holyfield a "privilege and high honor."

Holyfield is also looking forward to it.

Rich Marotta, a longtime boxing broadcaster and president of the Nevada Boxing Hall of Fame, said: "This is the kind of thing we showed is possible in boxing last year at our inaugural induction ceremony -- former and even current rivals coming together under the same roof to celebrate boxing. Everyone checks those rivalries at the door. Tyson presenting Holyfield is sheer magic."

Holyfield is being enshrined in the non-Nevada-resident category, along with George Foreman and Roberto Duran, as voted on by a 35-member panel.

Tyson was inducted in the Nevada resident category in the inaugural ceremony in 2013. Holyfield and Tyson both fought many of their biggest fights in Las Vegas.