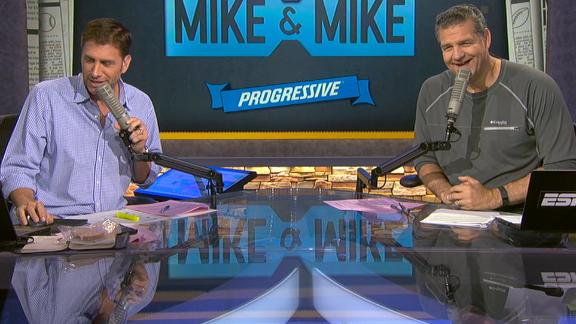 U.S. swimmer James Feigen issued an apology late Tuesday for his behavior after having to leave Brazil last week amid scandal for an incident at a Rio de Janeiro gas station.

Feigen was one of four U.S. swimmers who were caught up in the drama after teammate Ryan Lochte claimed they had been held at gunpoint after a night of partying. Instead, the swimmers' story unraveled and Brazilian police said the men, while intoxicated, vandalized a gas station bathroom and were questioned by armed guards before they paid for the damage and left.

The drama shocked and deeply angered Brazilians, who said it cast a false negative shadow on their city and their Olympics.

"First and foremost I would like to apologize for the serious distractions from the Olympics, Rio de Janeiro, and Team USA," Feigen said in an apology posted on his lawyers' website. "It was never my intent to draw attention away from the tradition of athletic competition and the symbolic cooperation of countries participating in the Olympic games.

".... I am so sorry for the drama this has caused in everyone's lives. I am very thankful to be home in the United States with my family and that this ordeal has come to an end."

Lochte, too, has apologized for his "overexaggerated" version of the incident, which has been an embarrassment for the U.S. Olympic team and deeply wounded a country eager to prove it could host the first Games in Latin America despite concerns it could not keep athletes and spectators safe from rampant street crime.

For his part in the escalating the matter, Lochte, in an interview with NBC, acknowledged it was his "immature behavior" that got him and U.S. swimming teammates into the mess that consumed the final week of the Olympics.

Feigen gave his version of the details from the night in question, saying he, Lochte, Gunnar Bentz and Jack Conger left a party at 5 a.m. and, while heading back to the Olympic Village, asked the cab driver "to pull over so we could relieve ourselves."

After arriving at the gas station and finding the bathroom door locked, Feigen said he and his teammates made "the regrettable decision to urinate in the grass behind the building" before Lochte "pulled a poster in a metal frame off a wall."

Feigen, who denied he or any of his teammates ever forcing their way into the bathroom, said after the swimmers returned to the cab, an armed man told them to get out of the car and sit.

"This was the first time I have ever had a gun pointed at me and I was terrified," Feigen said in his apology. "... It became apparent that the man with the gun was telling us to pay, and I was unsure if they were affiliated with the gas station. Gunnar Bentz and I gave the man some money."

Feigen said the swimmers were then allowed to leave, and they arrived back at the Olympic Village around 7 a.m.

Later that day, Feigen said Rio police came by to take a statement and he was the only one of the four available. In his statement to police, Feigen said he purposely left out details about urinating behind the building and Lochte's act of vandalism.

"I realize that I made a mistake for omitting these facts," Feigen said. "I was trying to protect my teammates and for this I apologize."

Feigen had his passport seized while the matter was being investigated. He reached an agreement with a Brazilian judge to pay a $10,800 fine in exchange for the return of his passport so he could leave the country.