VCU runs away from Cal 83-69 at Maui Invitational 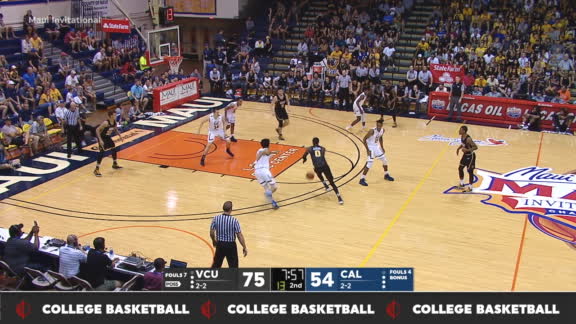 LAHAINA, Hawaii -- Virginia Commonwealth's players felt the sting of hanging close to Marquette, only to lose it down the stretch in their Maui Invitational opener.

Coach Mike Rhoades preached resiliency when the Rams faced another team that let a victory slip away and they came through with a stellar performance.

De'Riante Jenkins had 27 points and 11 rebounds, and Virginia Commonwealth rode its attacking defense to a big early lead to beat California 83-69 in the Maui Invitational on Tuesday.

VCU (3-2) lost its Maui opener 94-83 to Marquette after giving up 22 second-chance points and failing to get out on its perimeter shooters.

The Rams had no problems on defense or offense in running away from the Bears (2-3).

Using its constant pressure to rattle the young Bears, VCU built a 26-point halftime lead and never looked back behind a rash of layups and 3-pointers.

The Rams forced 18 turnovers and outscored the Bears 29-10 in fast-break points to earn a spot in the Maui Invitational fifth-place game. VCU shot 50 percent and made 12 of 29 from 3-point range.

Don Coleman had 21 points to lead the Bears, who played better in the second half but never recovered from VCU's early onslaught.

"It starts with how we come out of the gate. Today we came out of the gate very slow," Cal coach Wyking Jones said. "We had good looks in the post. We traveled it, turned it over. You know, we don't have the kind of experience or depth where we can start off slow and make a run late."

Cal appeared to be headed to the semifinals, building an 18-point lead over No. 6 Wichita State early in the second half of the opening game. The Bears are young, though, and became flustered when the Shockers turned to a full-court press, leading to a 92-82 loss.

That didn't bode well for their second game.

VCU has a new coach in Rhoades, but the same philosophy: Speed teams up and into mistakes with its "Havoc" defense.

The Rams did just that early against Cal, forcing four turnovers while opening the game on a 12-2 run.

VCU maintained the pressure and the Bears kept succumbing to it as the lead continued to grow.

"As a team, we came out slow, lackadaisical" Cal forward Marcus Lee said. "We had to get our team ready to play and focus all the way through."

VCU kept the lead around 20 for most of the second half.

VCU was much better on the boards than its opener and was far better defensively, quickly turning its second Maui game into a rout.

Cal needs to find a way to handle defensive pressure or it could be a long first season under coach Jones.

Jenkins set career highs in both points and rebounds against the Bears. He hit 11 of 15 shots, including 5 of 8 from 3-point range, adding a steal and a blocked shot.

"He played great defense today and it carried over to offense," Rhoades said.

The Bears are young and wanted to be tested in Maui. So far they have and it hasn't gone well, which could lead to a downward spiral once the Pac-12 season rolls around.

"Tomorrow's a must-win for us," Jones said. "You don't come to a tournament like this and go home 0-3. I'm expecting our guys to come out with a fight. Expecting them to come out ready to play tomorrow, no matter who we have to play. Hopefully that happens. Can't go home 0-3."

VCU plays the winner between Michigan and Chaminade in Wednesday's fifth-place game.

Cal faces the Michigan-Chaminade loser in the seventh-place game. 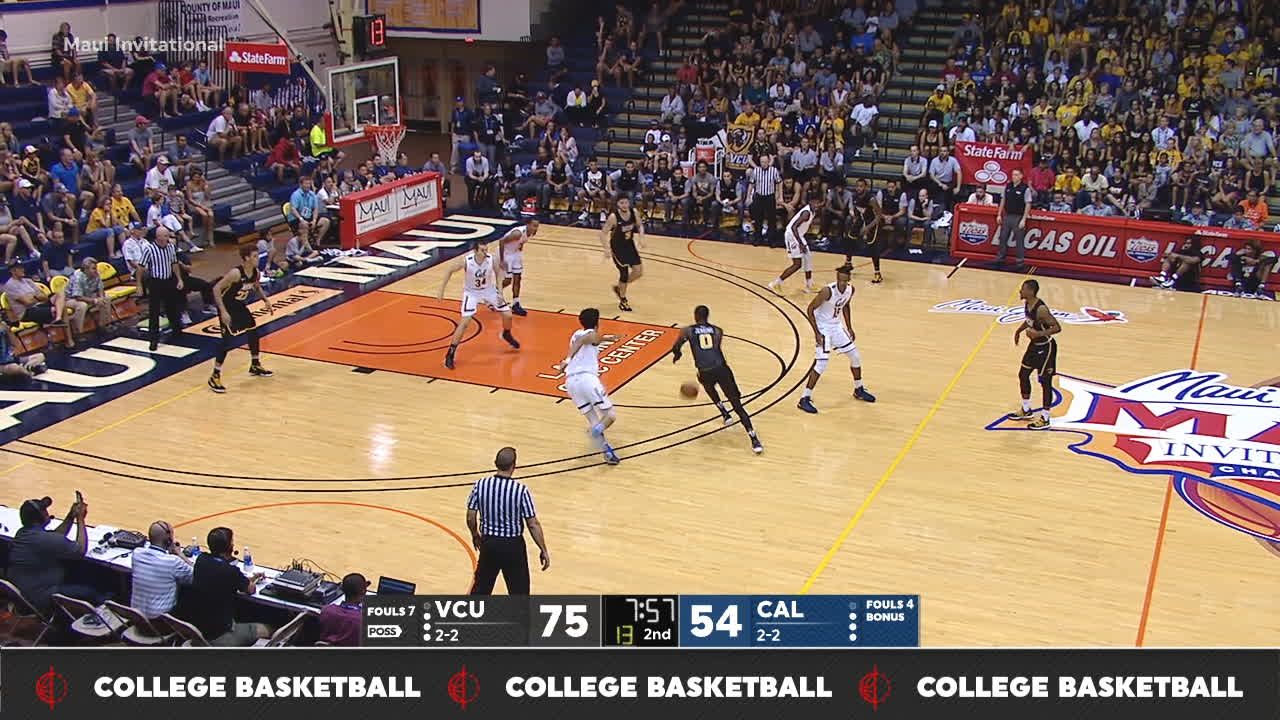