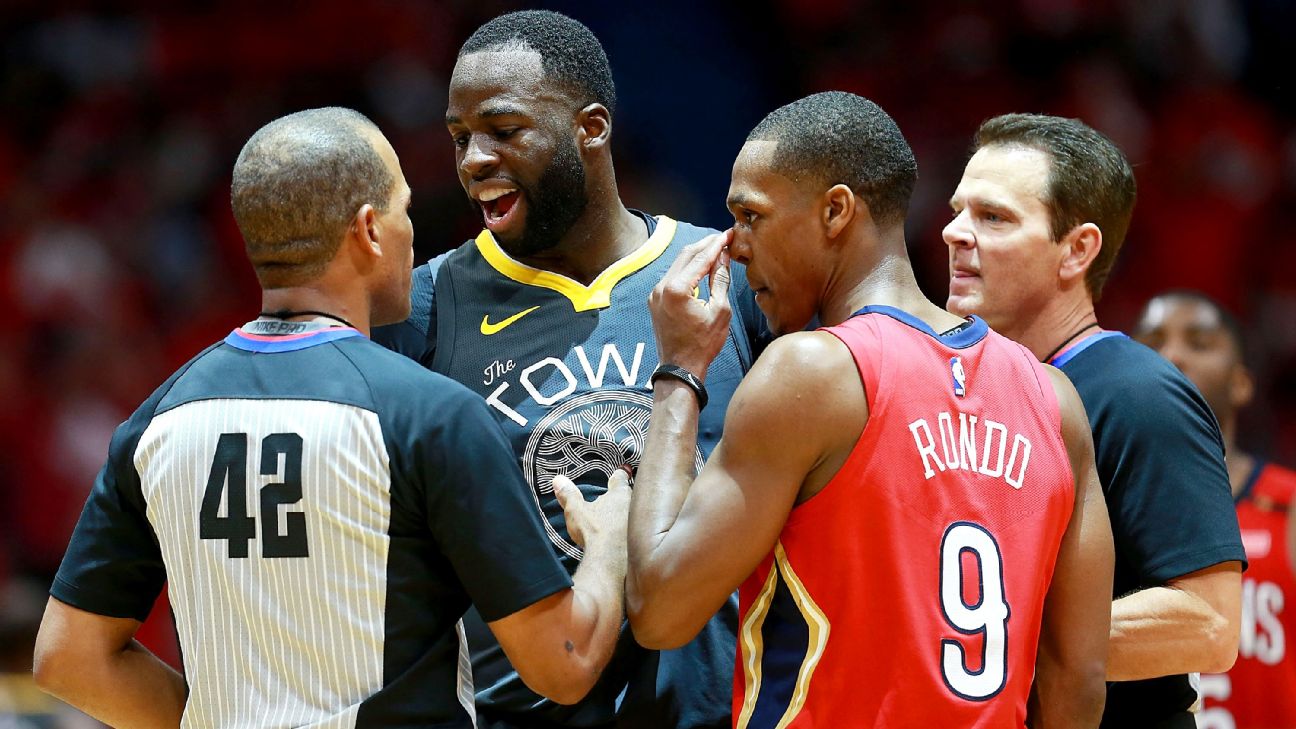 "I think Draymond's done a good job of handling his business," Kerr said after Saturday's practice. "Rondo is a competitor. So they're competing. I don't see anything wrong with it other than the tripping [by Rondo]. You can't do that. I'm all for getting underneath guys' skin, but you can't try to step on a guy's foot or try to swipe a guy underneath his feet while he's shooting. Those are dangerous plays. Other than that, I like the competition."

Kerr was referring to two incidents in Game 3 on Friday that both involved Rondo.

In the first quarter, he dangled his right foot underneath an airborne Stephen Curry while the two-time MVP was shooting a jumper. Late in the game, it appeared that Rondo tried to trip Green from behind as the forward was walking toward his bench during a timeout.

Kerr acknowledged that he "possibly" spoke to the league about those plays.

"We'll probably send [the tape of the incidents] in," he said. "It's not going to do anything. Hopefully they just keep an eye on it. ... It's a dangerous play."

"I got no comment," Curry told ESPN. "If the league wants to look into it, that's on them. We're trying to win Game 4."

Even an outspoken Green gave Rondo a pass.

When asked particularly about Rondo placing his foot under Curry, Green pivoted with his response.

Durant said he didn't see the Curry play, but he considers it a nonissue.

Golden State is up 2-1 in this Western Conference semifinal series. Game 4 is at 3:30 p.m. Sunday. 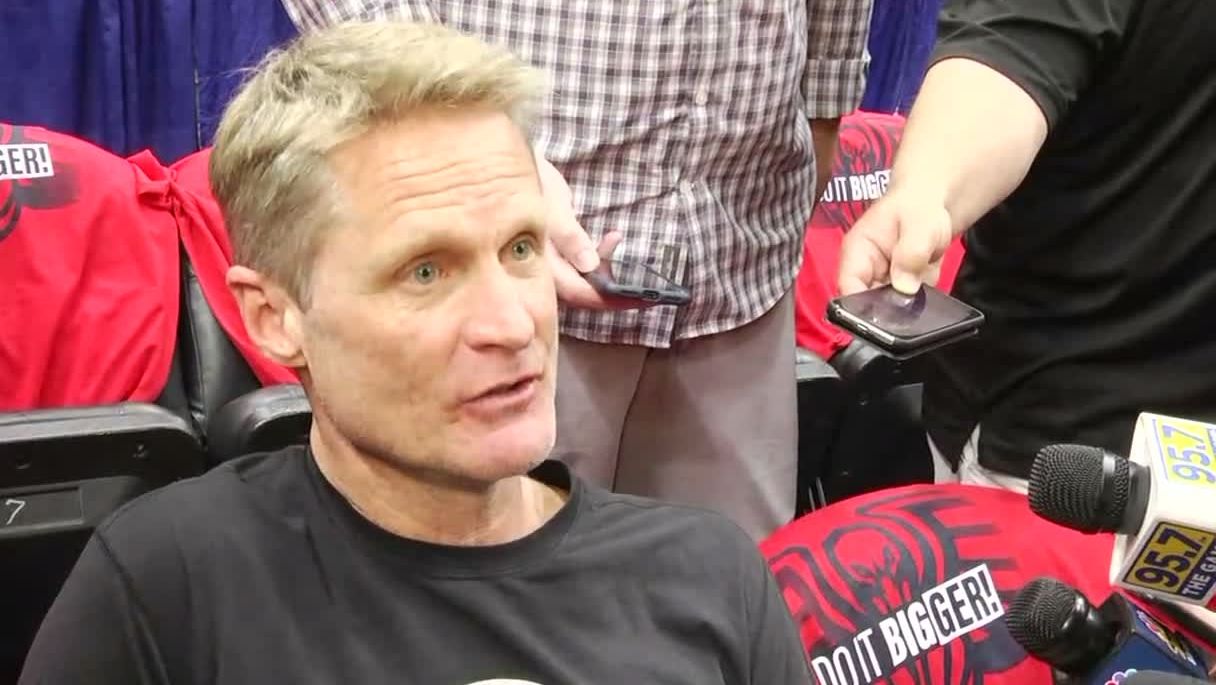