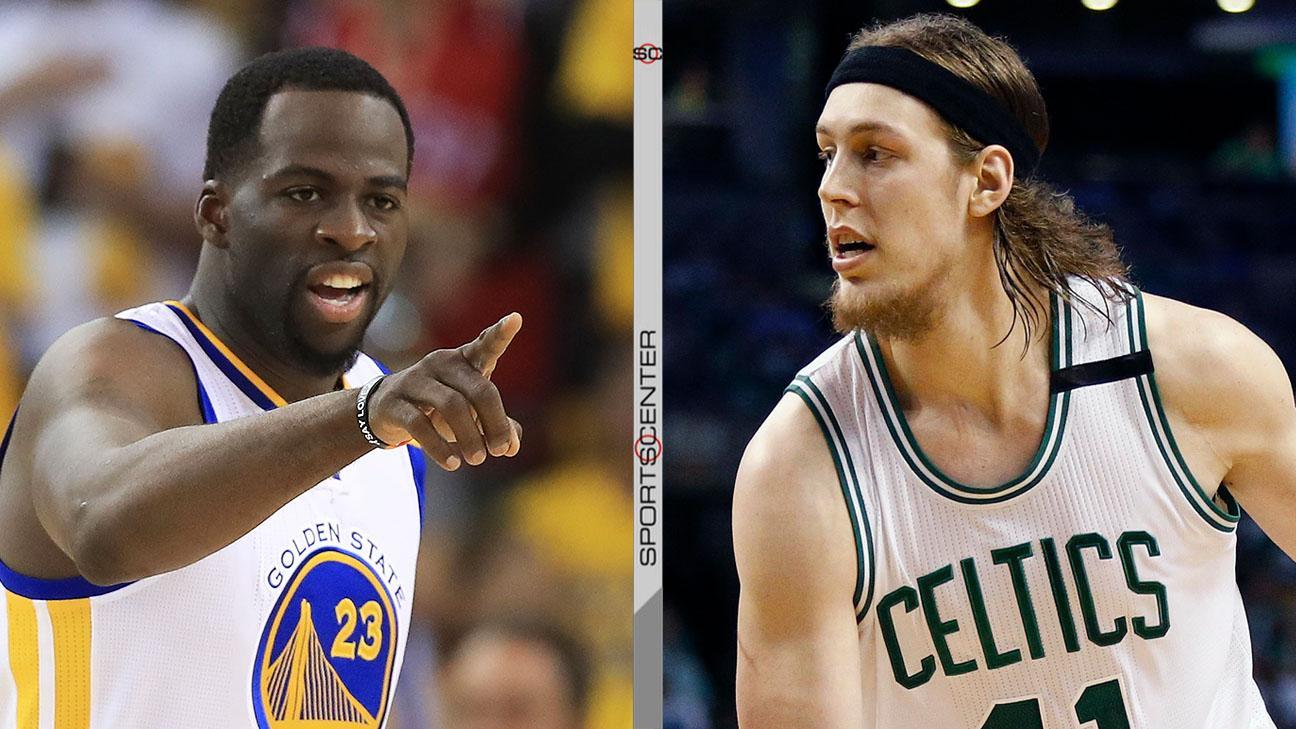 Draymond Green has let it be known that he's no fan of Boston Celtics forward Kelly Olynyk.

"He's dirty, a dirty player," Green said on Uninterrupted's "Dray Day" podcast. "I don't respect guys like that. I know he's not the greatest basketball player of all time, so maybe he feel like he got to do that, but you don't have to do that. Just dirty. I don't respect that, man. He's dirty."

Green took exception to Olynyk's setting an illegal high screen on Washington's Kelly Oubre in Game 3 between the Celtics and Wizards. Oubre was knocked down but then jumped up and charged at Olynyk, burying his forearm into his chest.

Olynyk fell backward onto the court, and teammates from both sides intervened to end the altercation. Oubre was hit with a flagrant 2, which resulted in an automatic ejection, and was suspended for Game 4.

"Kelly Olynyk is a dirty player, man," Green said. "Olynyk caught [Oubre] in the face and the neck with a couple of elbows. That's what I don't understand. You let people get away with stuff, and then when somebody finally react ... you penalize that guy. But you are not going to penalize [Olynyk] for continually elbowing him the face. ... I don't get that."

Olynyk was the player who pulled the left arm of Cleveland Cavaliersforward Kevin Love during a rebound chase in the first round of the 2015 playoffs. The play resulted in a dislocation of the shoulder and forced Love to undergo season-ending surgery.

"You've seen what he's done," Green told ESPN on Monday after shootaround. "Everybody's seen what he's done. I don't really need to go [further] on that. Come on, man. There's more cameras in these arenas now than it's ever been. Everybody sees what goes on."

"I'm around Kelly every day," Stevens said. "I don't agree with that assessment."

Stevens also defended the Celtics forward on Sunday, saying he's not sure where the "narrative" against Olynyk comes from.

"I guess he set a screen, it was called a common foul, it was reviewed by the league, and the league determined it was a common foul. Another guy rushed him and chucked him on the ground," Stevens said. "I understand all the stories of the past, and I understand they've gotta talk about something with three days in between games. But we know Kelly. I'm around Kelly every day."

"Everybody's seen what he's done too," Green said to ESPN. "We know about him."

But Green has also been ridiculed by many and called dirty for his previous kicking antics.

Green occasionally flails his foot up while attempting a shot from under the basket. He connected to the groin region of Oklahoma City Thunder big man Steven Adams a few times in last year's playoffs.

He disputes the perception that he's a dirty player.

"There's a difference, big difference between knowing all the tricks [and being dirty]. ... Knowing all the tricks ain't doing stuff to hurt people," Green said on his podcast. "[Olynyk] yanked [Love's] shoulder out of place. I don't roll with that, man. He's just dirty. You know veteran tricks is grabbing an arm so a guy can't get there to block a shot or cutting some guy off so he can't get there to contest. But you're not doing nothing to hurt nobody. This dude [Olynyk] be out there trying to hurt people." 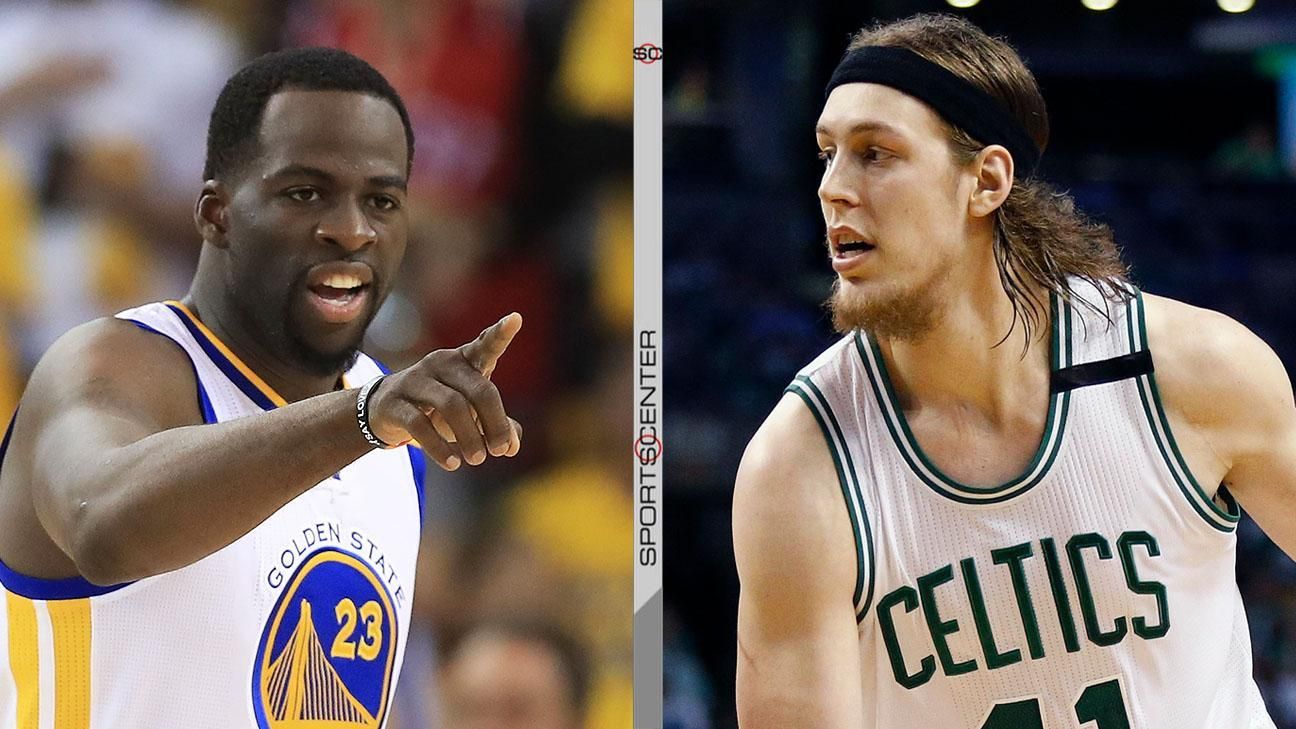