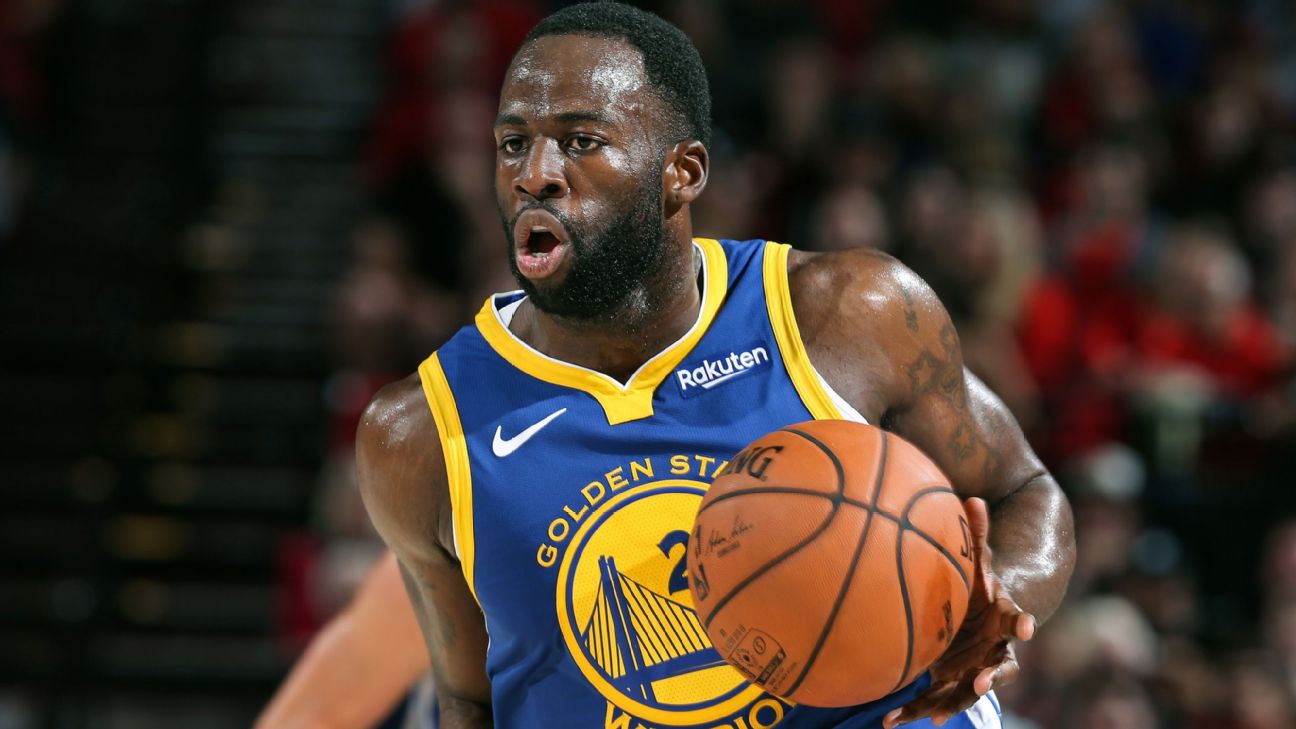 SAN FRANCISCO -- Golden State Warriors forward Draymond Green will not play Saturday night against the Charlotte Hornets and is expected to miss at least a few more games because of a torn ligament in his left index finger. Green injured the finger during the Warriors' 127-110 loss to the San Antonio Spurson Friday night and had the finger wrapped when he spoke to reporters after the game.

"He's going to miss the next few games for sure," Warriors coach Steve Kerr said. "There's a torn ligament in the finger, but it's not something that should keep him out for a long time. But I just talked to [Warriors director of sports medicine and performance] Rick [Celebrini] about it -- he said most likely the next few games."

"I just spoke with him, he's not going to play," Kerr said. "He's in a lot of pain this morning. He rolled his ankle, tweaked it last night, and it got worse overnight, so he's out tonight."

"It's a huge challenge because he's one of the leaders on the team," Kerr said. "With Steph not here last night, it was really obvious that Draymond was the unquestioned leader of the group. At shootaround, during the game, at halftime, he's the one the players look up to. He's the one who's offering assistance and advice, and he's been great in that role. I'm really pleased with the way Draymond has handled himself and handled our young players. There's a reality to this situation that is difficult for everybody to deal with, but particularly a guy like Draymond who's so competitive, who's used to winning, who's known nothing but winning. So for him to set the emotion aside and understand he's got to help the young guys, he's been great. So without him on the floor, it just increases the challenge."

Kerr said it hasn't been decided if Green will travel with the Warriors on the team's upcoming road trip to Houston, Minnesota and Oklahoma City. Kerr still doesn't think his group has had a chance to emotionally process all the injuries they've dealt with over the past couple of weeks.

"It's early in the season, and everything's relatively recent," Kerr said. "With Steph and Jacob and [Kevon Looney], it's all happened in the last week, basically. So I don't think there's an emotional toll, there's more of a reaction. It's sort of 'what the hell's going on' type thing. But you just have to deal with it and move forward, and it's a great opportunity for the young guys, and they know it so they should take advantage of that." 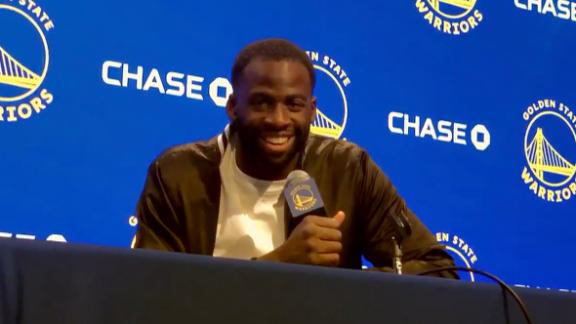