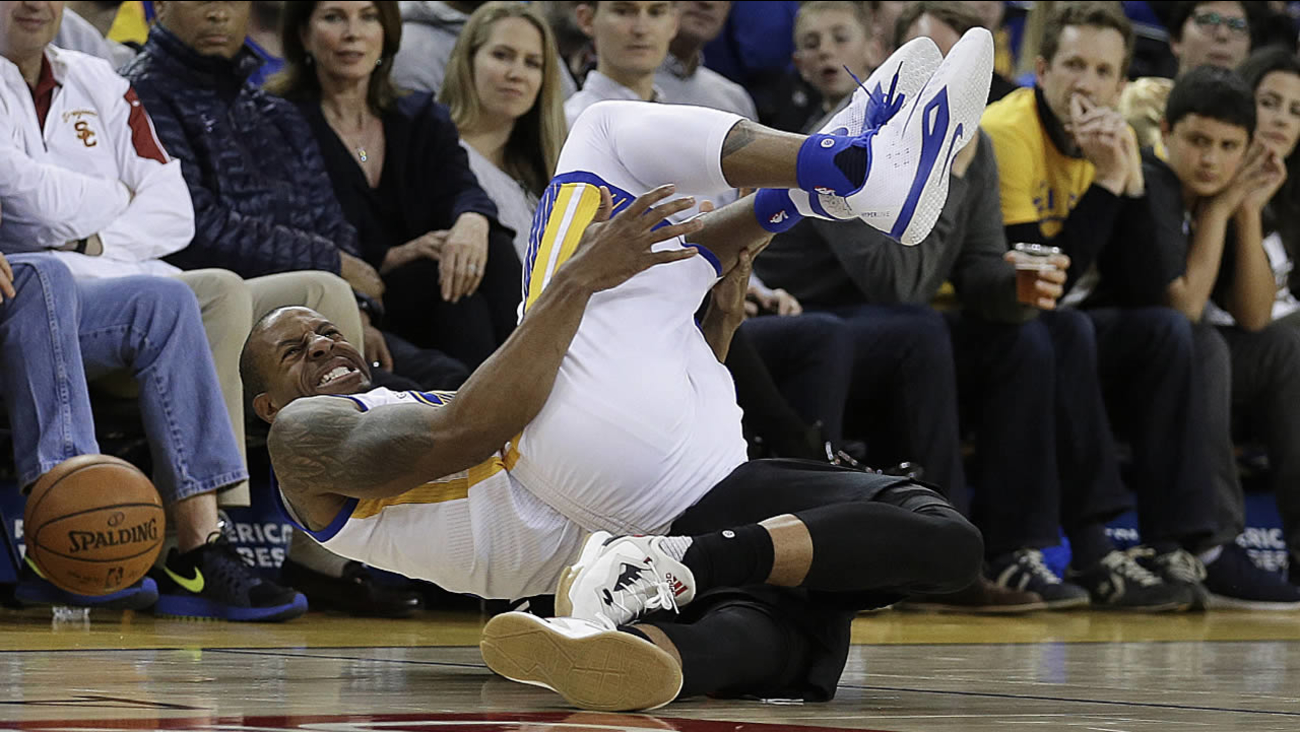 "It's a really big deal," Kerr said in regard to the severity of the ailment.

During Friday's win over the Blazers, Iguodala's foot became trapped under Damian Lillard's body, causing his ankle to roll. He limped off and would not return, finishing with eight points, two rebounds and two assists in 15 minutes.

Iguodala will be re-evaluated in two weeks.

Steph getting ready for the Suns, minus Iguodala, out 2 weeks with sprained ankle #Warriors pic.twitter.com/zpepd6fJ7y