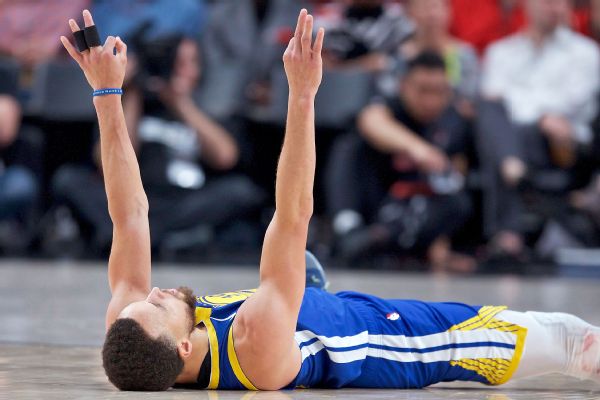 With or without Kevin Durant, the Golden State Warriors are the favorites in the NBA Finals for a fifth consecutive year.

Caesars Sportsbook installed the two-time defending champion Warriors as -320 favorites to beat the Toronto Raptors in the Finals. Game 1 of the best-of-seven series is Thursday in Toronto. Golden State opened as a 1-point road favorite in Game 1.

The Warriors were favored in the past four Finals series, all coming against the Cleveland Cavaliers, and won three of the past four titles.

Durant missed all four games of the Warriors' sweep of the Portland Trail Blazers in the Western Conference finals because of a calf injury. He is unlikely to play in Game 1, Golden State officials said Thursday. Regardless, the Warriors are heavy favorites.

Late Saturday night, the SuperBook at Westgate Las Vegas opened Golden State as a -275 favorite in the Finals. SuperBook executive director John Murray told ESPN that the price reflected the possibility of Durant playing in the series. The Warriors have won 31 of their past 32 games when Stephen Curry plays and Durant does not. They are 34-4 in those games overall.

The SuperBook raised the price on Golden State to -310 minutes after posting.

Toronto opened as a +260 underdog in the series at Caesars Sportsbook. In the past eight Finals, only last season's Cavaliers were larger underdogs at the start than the Raptors.

Toronto erased an 0-2 deficit to the Milwaukee Bucks in the Eastern Conference finals and advanced to the franchise's first NBA Finals with a comeback victory in Saturday night's Game 6. 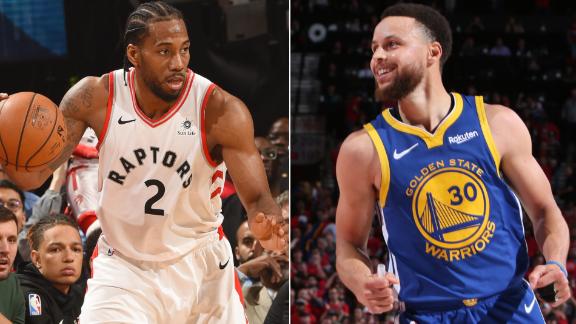 How the Raptors and Warriors made it to the NBA Finals
Stan Verrett breaks down the numbers behind the Raptors' and Warriors' paths to their matchup in the NBA Finals.
Report a correction or typo
Related topics:
sportsespntoronto raptorsgolden state warriorsnews chalkkevin durantnba
Copyright © 2022 ESPN Internet Ventures. All rights reserved.
TOP STORIES
Ticket restriction removed for Bay Area fans to attend 49ers-Rams game
Woman killed in 'targeted ambush' at her birthday party in SoCal
Health experts believe Bay Area has already reached omicron peak
EXCLUSIVE: Woman shoved to ground in Oakland's Chinatown speaks out
No COVID safety deal reached between OUSD, teacher's union
Funeral held for Alameda Co. sheriff's recruit killed on I-580
Dad charged and fired from job after racist tirade posted on TikTok
Show More
Getting paid on Venmo or Cash App? New tax rule might apply to you
After the omicron wave, what's next for the COVID pandemic?
COVID-19 updates: Conditions 'ideal' for more variants WHO warns
Amy Schneider details historic 'Jeopardy' run on 'GMA': VIDEO
4 wounded in shooting in Germany; gunman dead
More TOP STORIES News