Woman who had affair with Bo Ryan suing Wisconsin officials 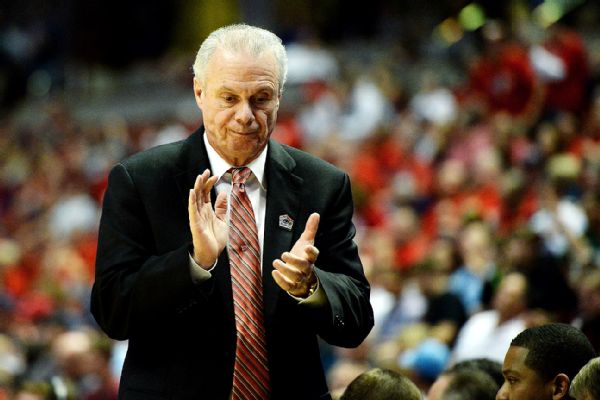 A woman who was involved in an extramarital affair with former Wisconsin men's basketball coach Bo Ryan has filed a federal lawsuit against several top university officials, alleging defamation, invasion of privacy and deprivation of due process.

Details of the lawsuit were first reported by the Wisconsin State Journal.

The complaint, filed in federal court in Madison on Wednesday by Robin Van Ert, claims that the university conducted a "sham" investigation after Van Ert brought them allegations that Ryan misused school resources during their affair, from 2009 until 2014.

Van Ert also claims the officials violated her privacy rights by publicly revealing her identity when they released a 2015 email in which Van Ert detailed the affair and accused Ryan of misconduct.

The complaint states, in part: "As a direct and proximate result of defendants' actions, Van Ert has suffered severe emotional and physical distress and illness, loss of privacy, harm to her reputation, loss of business and has incurred substantial damages and legal fees."

Van Ert, 42, is seeking compensatory and punitive damages, as well as attorney fees.

The lawsuit is against Chancellor Rebecca Blank, athletic director Barry Alvarez and six other school officials. Ryan is not being sued.

University spokesman John Lucas, who also is named as a defendant, declined to comment on the suit Wednesday.

Ryan, who retired abruptly in December, was cleared by Wisconsin in March after the school's investigation concluded there was "insufficient basis to warrant" any punishment.