A wild chase of a stolen car in South Los Angeles ended with a male passenger bailing on foot, slamming into an ABC7 news van and jumping over a fence before being tackled by CHP Tuesday.

SOUTH LOS ANGELES -- A wild chase of a stolen car in South Los Angeles ended with a male passenger bailing on foot, slamming into an ABC7 Eyewitness news van and jumping over a fence before being tackled by CHP officers Tuesday night.

The chase began shortly before 7 p.m. The female driver made her way down the 105 Freeway in Compton, then the 110 Freeway before exiting in South L.A.

She then continued driving through city streets in South L.A. and Walnut Park. The vehicle lost its front tire after spike strips were deployed, but the driver kept going with sparks flying.

During the chase, it looked like the driver may have been throwing items out of the window.

"We're not clear if she was throwing things out or if parts of the tire were falling off because the tire was flat, it was running on rims. So we don't know if those were tires or if it was some type of contraband," CHP Sgt. J.P. Beay said.

The vehicle was purportedly running on its rims as it sped through red lights with its emergency lights on. Several PIT maneuver attempts by CHP were unsuccessful.

The chase ended near Main Street and 84th Place shortly before 8 p.m. when the driver suddenly came to a stop. A male passenger then jumped out of the red sedan and bailed on foot.

Eyewitness News reporter Leanne Suter was rolling as a CHP officer tried to tackle the suspect, but missed. The suspect and cop subsequently hit the van.

The suspect continued running through neighborhood backyards and alleys. At one point, he jumped over a fence. He was shortly captured and taken into custody.

The female driver remained in the stolen red sedan while the male passenger ran from police and CHP officers. She shortly surrendered with her hands over head and was taken into custody. She and her passenger face a long list of charges.

The red sedan was reported stolen via LoJack from Northridge. No one was injured during the chase. 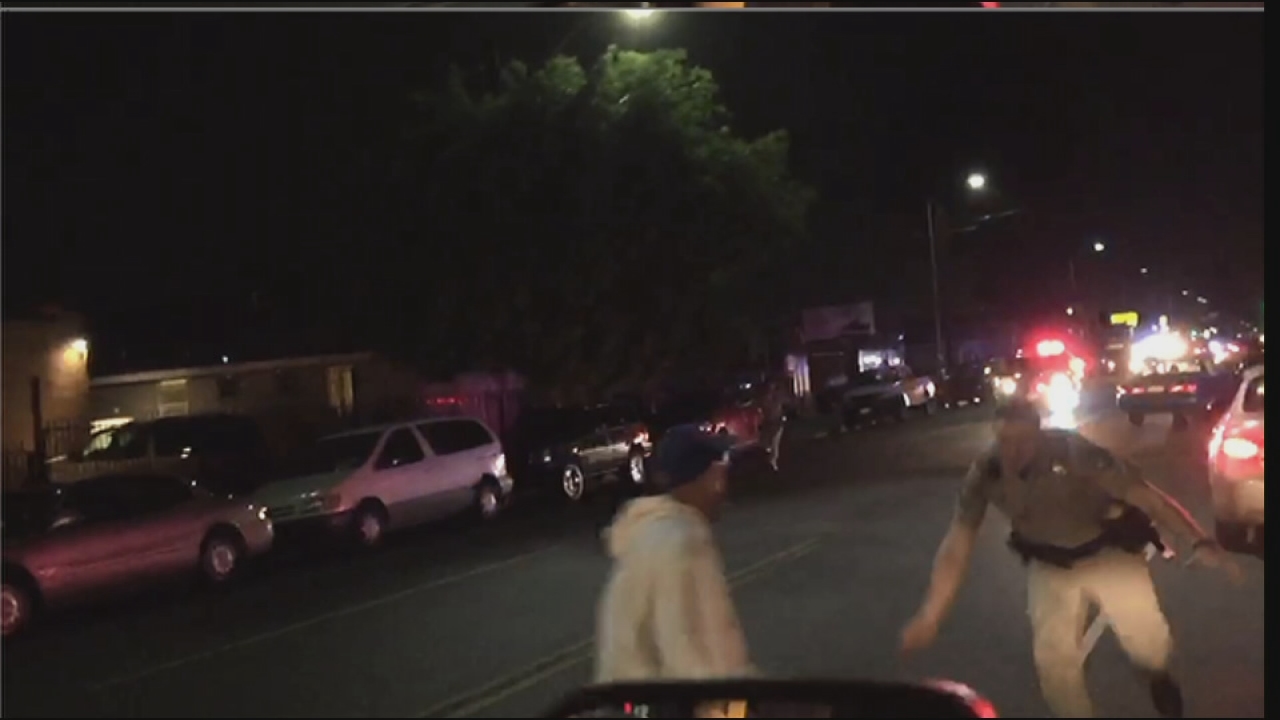 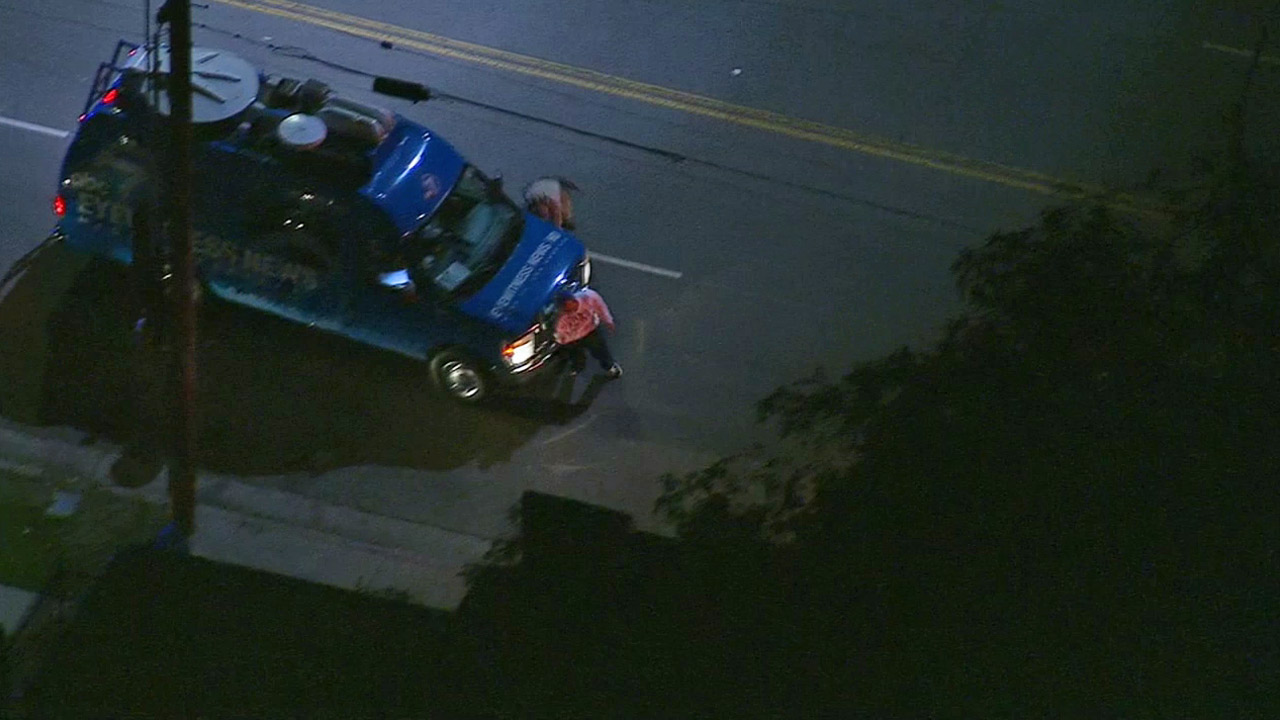